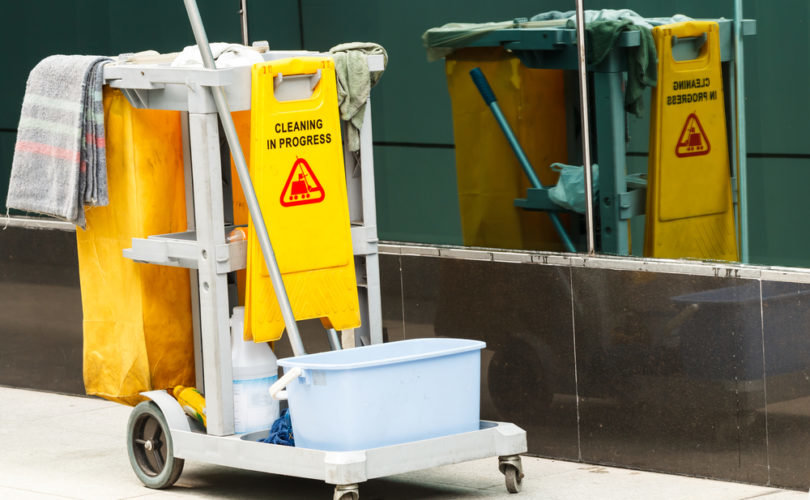 Pennsylvania, home to Kermit Gosnell, came under fire in 2013 for its failure to inspect abortion facilities. After Gosnell’s dangerously disturbing facility was raided, a state official exclaimed that “there’s more oversight for women’s hair salons than for abortion clinics in the commonwealth of Pennsylvania.”

While the state has clearly increased its inspections since Gosnell, the reports of two Philadelphia Planned Parenthood facilities indicate that inspections may simply not be enough.

For three-and-a-half years, the Locust Street Planned Parenthood has been in and out of compliance with state regulations – committing violations of the Life Safety and Fire Safety Minimum Standards, the anesthesia recovery guidelines, drug storage, and operating room construction.

While the state oddly found this facility “in compliance” in November 2011, it did note:

Biohazard Room – Several cardboard biohazard boxes were stored directly on the floor. There were containers of used needles on the floor with the needles spilled and scattered on the floor. …

Recovery Room – A container of used needles was stored directly on the floor.

One of the most concerning violations – discovered in June 2012 – was that Planned Parenthood failed to complete the required background checks on its employees who worked directly with children. From the state inspection report:

The Child Protective Services Law… requires that employees hired after July 1, 2008, who have a significant likelihood of regular contact with children in the form of care, guidance, supervision or training must obtain three background checks as condition of employment. …

A review on June 4, 2012, of personnel files revealed no documentation that three background checks were conducted for any of the employees.

An interview conducted on June 4, at 1:30 PM with EMP1 confirmed that the facility performs surgery on pediatric patients and that there was no documentation that all three background checks were conducted on any of the employees.

And yet, despite the continual and varied violations of state regulations, the Locust Street Planned Parenthood was allowed to remain open. In August 2015, inspectors found multiple violations, including:

This facility had been in and out of compliance for four-and-a-half years with multiple dangerous violations spanning the years including expired products, failure to perform required tests on women prior to abortions, failure to have a policy on release of medical records, no emergency call system in the operating room or recovery area, lack of appropriate electrical testing, lack of privacy curtains in the post-op area, the combining of clean and soiled work areas, and a chair in the recovery area with multiple tears “where the outer protective material was noted to be compromised.”

PPSP Far Northeast Health Center was not in compliance with the following State laws:

The Pennsylvania Crimes Code and the Child Protective Service Law …

2) Based on a review of medical records (MR) and interview with staff (EMP), it was determined that the facility cared for unmarried pregnant children under the age of 16 and the facility failed to ascertain if the child had sexual intercourse with an individual who was four or more years older than the child for two of 17 medical records reviewed (MR1 and MR2).

One of the August 2015 reports also explained that “the Association of Surgical Technologist (AST) ‘Standards of Practice for the Decontamination of Surgical Instruments,'” – a standard the facility was supposed to follow – requires:

And yet, Planned Parenthood came up with its own standards that objectively put women at risk:

Interview on August 19, 2015, at 11:00 AM, with EMP1 revealed that the facility sterilizes brushes used for cleaning instruments, once weekly; which deviated from the acceptable standards of practices as indicated by the CDC and AST. [Emphasis mine]

The NorthEast Planned Parenthood also stored aborted babies in the clinic in biohazard bags with no preservative and no refrigeration or freezing, against state law:

Interview on August 13, 2015, at 1:20 PM, with EMP1, revealed that the facility did not have a freezer or a refrigerator to store human pathological waste.

Yet again, despite its coiffed image, Planned Parenthood proves to be just another House of Horrors. Warn the women (and babies) in your life.