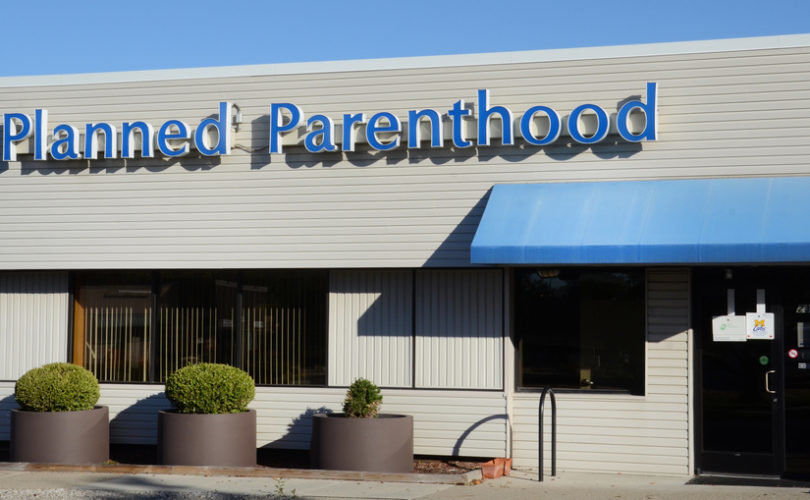 October 20, 2015 (BreakPoint) — Unless you’ve been completely unplugged for the last several months, you know about the undercover Planned Parenthood videos released by the Center for Medical Progress. These videos show Planned Parenthood officials haggling over the price of fetal body parts procured during abortions and admitting that they had altered the abortion procedures in order to procure those parts. On air and in front of Congress, Planned Parenthood President Cecile Richards has denied that the organization ever profited via such transactions—but the videos tell a different story.

Now Richards, after withering publicity, congressional scrutiny, state investigations, and calls for the federal government to defund the organization, says that Planned Parenthood will no longer take any money for fetal tissue used for medical research.

In an October 13 letter to the National Institutes of Health, Planned Parenthood stated, “In order to completely debunk the disingenuous argument that our opponents have been using … our Federation has decided … that any Planned Parenthood health center that is involved in donating tissue after an abortion for medical research” will accept “no reimbursements for its reasonable expenses.”

Well, if the accusations were disingenuous, why the sudden change of plans? And if no profit was involved, why won’t they disclose how much they received for the so-called “donations”? Clearly, compared to the half a billion dollars of annual taxpayer dollars given to Planned Parenthood, this was a decision between income and more income.

According to The Wall Street Journal, “Planned Parenthood didn’t disclose the amount it will forgo with its new policy.”

But make no mistake, Planned Parenthood is still profiting handsomely off the grisly abortion industry. As Jim Sedlak, vice president of American Life League and founder of Stop Planned Parenthood International, says, “The steps taken by Planned Parenthood show how worried it is that the truth of its baby body parts business has become public and betrays its true colors. It is not just the profits that have the public upset. It is the callousness shown by PP employees toward babies in the womb.”

Indeed. Anika Smith, writing for The Stream.org, notes that “the profit motive, while disgusting, was not the most horrifying revelation.” What’s horrifying people is “that these abortion procedures may be changed in order to ‘procure specimens,’ that they are probably conducting illegal partial-birth abortions, that some children may be born alive and cut open for their body parts.”

So, friends, this is no time to ease up on the pressure. Planned Parenthood’s stated change of plans, even if it’s a misdirection play, shows that our efforts and prayers are having an effect. Planned Parenthood and its shameless defenders are feeling the heat, so let’s turn it up even higher. We must continue advocating for federal funding of Planned Parenthood to come to an end, and for the investigation and appropriate prosecution of lawbreakers.

This is another example where we cannot choose between sharing Christ’s love and doing all we can to stand up for the most defenseless in our society. Both evangelism and confronting evil will bring glory to God.

Like William Wilberforce did, we face a long struggle. No doubt he felt like giving up some days, because of the entrenched citadels supporting slavery that seemed impregnable. But knowing his cause was just and God was on his side, he worked patiently, year by year, decade by decade.

And so must we! Whether Planned Parenthood changes its plans or not, we can’t change our goal—protecting babies and their mothers.

This is the greatest evil of our day, hands down. It’s claiming men, women, brothers, sisters, and certainly innocent children as its victims. So, as Chuck would say, let’s stay at our posts and do our duty.