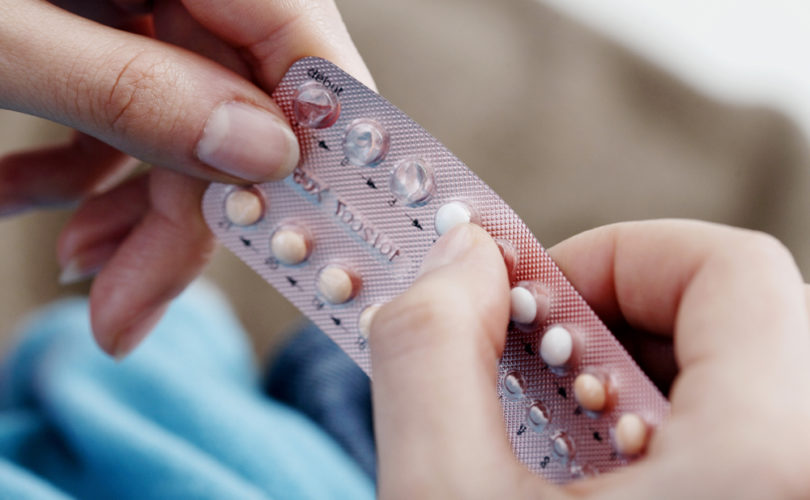 May 7, 2015 (STOPP.org) — “The most recent literature suggests that the pill, or other combined methods, have little, if any, effect on the risk of developing breast cancer.” So said Vanessa Cullins, vice president for external medical affairs at Planned Parenthood Federation of America in 2005. The very same year, the International Agency on Research of Cancer, part of the World Health Organization, listed the pill as a Group 1 carcinogen.

In fact, as early as 2000, the National Toxicology Advisory Panel had already put the estrogen found in birth control pills on its list of known carcinogens.

In 2006, a meta-analysis undertaken by Dr. Chris Kahlenborn and colleagues published in the Mayo Clinic Proceedings showed a 44 percent increase in risk of breast cancer in women who took the pill before having a child.

In 2009, a study funded by the National Institutes of Health found a year or more of oral contraceptive use was associated with a 4.2-fold increased risk of triple-negative breast cancer for women 40 and under. Longer duration of use and early age of first use further increased the risk.

New studies continue to emerge that show the connection between hormonal contraceptives and breast cancer. A just-released study from researchers at Slone Epidemiology Center at Boston University concluded that recent oral contraceptive use, particularly of long duration, is associated with increased risk of breast cancer in African American women. It goes on to say: “Increases in risk associated with OC use were apparent for up to 15 years or more after cessation of use.”

Primary liver cancer—rare in developed countries—increased 50 to 70 percent in women who use the pill.

A 2015 study published in the British Journal of Clinical Pharmacology shows that taking the combination estrogen progestin pill increases the risk of primary brain cancer (glioma) by 50 percent. Long-term use almost doubles the risk. Women on the progestin only regimen are at even higher risk of brain cancer. And though glioma accounts for 33 percent of primary brain tumors, when Time.com reported on the finding, the author used the word “rare” five times in describing the tumors.

Planned Parenthood today continues to maintain that the pill is so safe and vital to “women’s health” that every woman should have free access to it. Join American Life League on June 6 to expose the lies that surround birth control. See thepillkills.org for all the details.