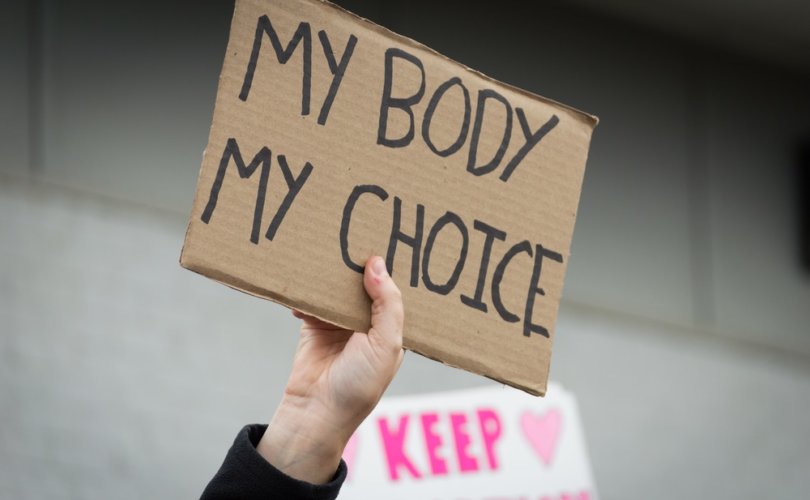 February 12, 2021 (Family Research Council) — They come with other girls, a woman inside the clinic explains, giggling like they're at the mall. Only they aren't at the mall. They're shopping for another gender. And Planned Parenthood is more than willing to oblige.

It started in 2016, when then-President Cecile Richards — fresh off of the baby body parts scandal — decided the organization needed to make money another way. This time, the group announced, it was getting into the transgender treatment business, announcing that the nation's largest abortion network wasn't just content destroying lives — it wanted to ruin the younger ones too. “We're expanding access to care — from pioneering research on self-injectable birth control to offering new services for our transgender patients,” Richards wrote in the intro of the organization's annual report.

What she didn't say is that surgical abortions across the U.S. were dropping, and Planned Parenthood was looking for ways to make up the shortfall. Five years later, they've done that — and more. According to Abigail Shrier, the group that already enjoys more than a half-billion of your hard-earned tax dollars a year has gone from 26 clinics that offer testosterone to an astonishing 210. Believe it or not, Planned Parenthood is not only the largest killer of unborn babies in America; it's also the second largest provider of “gender affirming hormone care.” And employees on the inside are having a hard time watching the consequences.

One, a whistleblower in a small town of 30,000, says her office saw one to two new biologically female teen patients looking for hormone treatments every day. According to her, “the girls would often arrive to the clinic with a group of friends,” Shrier wrote. “It smacked more of the gleeful trips teen girls once took to the mall for ear piercings than the sober medical treatment of a genuine mental health disorder.” When Abigail asked her what the mood in the waiting room was for these friends, the worker replied, “Super cheerful… [like it was] a fun thing.”

But it was far less enjoyable for staff, who struggled to watch as Planned Parenthood helped these teenagers on the path to self-destruction. “I'll tell you,” the woman admitted, “I struggled with the morality and reconciling of our actions in giving these kids testosterone and estrogen and stuff. I struggled with that more than I did being in operating room for like a 20-week abortion.” Asked if other staff members felt the same and worried about what the organization was pushing, she replied soberly, “Yeah. Every Day.”

Making matters worse, “There were no doctors at the clinic where she worked. Nurse practitioners were the professionals with the highest medical training, she said. The clinic employed a gender counselor who had ‘no actual professional credentials or formal training other than'” identifying as a transgender himself. The “clinic manager” — who wrote the prescriptions that could harm these teenagers for life — spent her last job “managing a Wendy's.” In fact, the whistleblower explained, she had no medical experience whatsoever. That hasn't mattered at Planned Parenthood headquarters, who sees these kids as nothing but “cash cows.”

And unlike abortion, they become lifetime patients, “kept on the hook for the foreseeable future for follow-up appointments, bloodwork, [drugs], and meetings…” In other words, this is one lucrative service — and Planned Parenthood is never going to let caution or patient safety get in the organization's way. And worse, these irreversible treatments are being funded by people like you and me. Americans who would never consent to these devastating life choices are bankrolling these gender factories in at least 38 states. “Gender Affirming Care,” as they call it, is a state-by-state policy — but most Medicaid programs use taxpayer dollars to fund it. As of 2019, only 12 states specifically banned this type of coverage. The other 38 either explicitly cover it or default to covering it.

And if you think these profit-first radicals are going to involve parents — think again. Just like abortion and radical sex ed and everything else Planned Parenthood offers, “you can walk into a clinic at 15 in some states — without your mom or dad's permission, without so much as a therapist's note,” Abigail warns, “and get a course of testosterone that day.” (The same testosterone, incidentally, that can cause “deepened voice, enlarged clitoris, increase in red blood cell count, and greater risk of heart attack, infertility, vaginal and uterine atrophy, endometrial cancer — as well as all the unknown risks” that come with a dangerous and radical puberty intervention.)

FRC's Mary Szoch is sickened by the organization's greed and negligence, but not surprised. “For years, Planned Parenthood has exploited women and killed unborn babies for the sake of making money. They've denied the scientific fact that abortion takes the life of an unborn child.” Now, they're rejecting the fact that “a child with XX chromosomes is a girl, and a child with XY chromosomes is a boy. This isn't much of a stretch for an organization that profits off denying a human being is a person who inherently has the right to life.”

But it is a stretch for taxpayers to fund it. Contact your state leaders and urge them to introduce legislation that ends this outrageous forced partnership between Americans and Planned Parenthood.