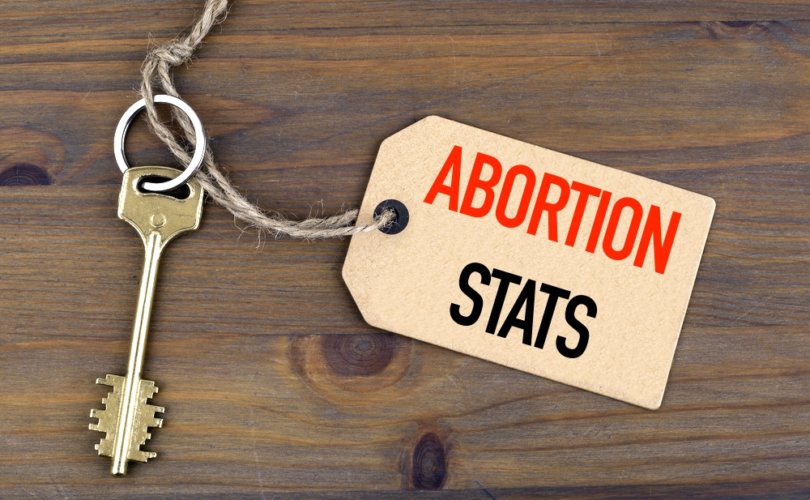 August 3, 2017 (Charlotte Lozier Institute) — In its most recent annual report, the Planned Parenthood Federation of America makes two fundamental claims, both of which are directly relevant to the question involving continued government funding for its services, approximately $555 million in the fiscal year ending June 30, 2016. These claims are:

First, that Planned Parenthood health centers are “an irreplaceable component of our country’s healthcare system”, and;

These claims would suggest that Planned Parenthood’s services are unique and not easily available from other providers, and that the level and intensity of services have a direct and measurable impact on the likelihood of fatal occurrences (i.e., deaths).

Planned Parenthood, by almost any measure, is a large organization with nearly 650 health centers in the U.S. alone and an international presence through Planned Parenthood Global Health Partners in 12 other nations including Ecuador, Guatemala, Nicaragua, and Peru. It has $1.5 billion in net assets and $1.1 billion in current annual revenue. It is popular enough to receive $258 million dollars in annual private contributions and bequests, nearly half as much as it receives from government grants and service reimbursement. It is entrepreneurial enough to spend more than $73 million annually on fundraising. Its 501 (c)(3) affiliates are politically engaged enough to spend $39 million annually on “Public Policy Programs.” And it has its own 501 (c)(4) political arm, the Planned Parenthood Action Fund, and related entities that planned to spend another $30 million in the 2016 election cycle. With $165.8 million in management expenses annually, the organization is undoubtedly intensely and strategically managed. But what, exactly, does Planned Parenthood do – and are those services “irreplaceable” and “lifesaving”?

In 2015, Planned Parenthood health centers saw 2.4 million patients during 4 million clinical visits and provided 9.5 million services. A service is defined as a “unique clinical interaction” – a term vague enough to be insufficient for any health insurance claim.

The largest volume of services (4,266,689, or 44.9 percent of total services) is for Sexually Transmitted Infection (STI) testing and treatment. According to the annual report, nearly 99 percent of Planned Parenthood STI services involve testing – not treatment.  Of the 4,266,689 services totaled in this category, only 53,396 involved treatments, split nearly half-and-half between genital warts and “other STI prevention and treatments.” STI testing and treatment are prerequisites for surgical abortions and IUD insertions in some populations.

The third largest volume category of Planned Parenthood services (1,317,582, or 13 percent of total services) is for “other women’s health services.” 1,079,836 of those services, or 81.9 percent, are pregnancy tests, likewise a prerequisite for abortion. There are minuscule numbers of prenatal services and miscarriage care.

Planned Parenthood centers are largely focused on contraceptive services, sexually transmitted infection testing, and abortions. There is little or no demonstrable capability for definitive diagnosis or a range of treatments for any disease or condition at Planned Parenthood centers. A breast exam, for example, is a valuable service that women should perform on a regular basis – more frequently, in fact, than the once- or twice-a-year visit made to a family planning provider. But such exams are insufficient for a confirmatory diagnosis of breast cancer. Additional diagnostic testing or technology (e.g., mammogram, biopsy) is required. Planned Parenthood centers can only refer to other providers to make this determination. Planned Parenthood does not maintain the resources to diagnose or treat breast cancer, or any other type of cancer for that matter. The role of Planned Parenthood in the range of diagnostic and treatment activity, which is known as “medical care” or “health services,” is neither wide (covering a range of diseases or conditions) nor deep (having the capacity to move a patient from diagnosis to treatment). With the exception of abortion, Planned Parenthood does not provide any service that is not easily available from alternative providers. Their highest volume service, STI testing, is one of the core activities of local public health departments which outnumber Planned Parenthood clinics by a ratio of 4 to 1 nationally.

Market share is one of the key metrics in determining the success of an organization. Basically, market share demonstrates what percentage of the market potential (total services provided or products sold) is captured by the organization. Market share is also an objective way to measure reliance of the total market of clients or customers on any provider of goods or services.

There are only two service categories in which Planned Parenthood can be said to provide a meaningful share of the national market. The first is for abortion, where there is no question of the national market domination of Planned Parenthood. In 2015, Planned Parenthood performed more than one-third (35.4 percent) of all the induced abortions in the U.S. To place that national market share into some comparative perspective, consider a few examples of goods and services, U.S. market leaders, and their market shares: automobile sales, General Motors (17.3 percent); LCD televisions, Samsung (21.6 percent); health insurance, United Health Group (12.3 percent); grocery food and beverage chains, Walmart (17.3 percent); life insurance, MetLife Insurance (7.7 percent); and domestic air travel, Southwest Airlines (19.1 percent). The level of market dominance for abortions demonstrated by Planned Parenthood could be taught in business schools as the ultimate example of strategic planning and execution. It is a defining activity.

​Reprinted with permission from the Charlotte Lozier Institute.