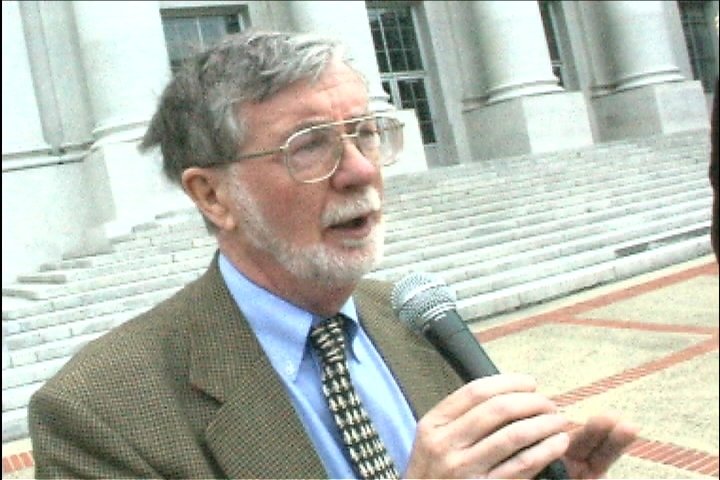 “As people turn to contraception, there will be a rise, not a fall, in the abortion rate,” admitted Dr. Malcolm Potts (pictured).

May 21, 2015 (Stopp.org) — In 1973, Malcolm Potts, MD, the first medical director of the International Planned Parenthood Federation, stated outright: “As people turn to contraception, there will be a rise, not a fall, in the abortion rate.”

That reality is not a comfortable one for today’s Planned Parenthood, since it uses “acceptable” contraception to make inroads into every area where it wants to promote “unacceptable” abortion. Today, the IPPF website speaks from the other side of its mouth, saying it “seeks to prevent unwanted pregnancy by increasing access to a wide range of affordable and modern contraceptive methods.” It makes an equally disingenuous statement when it says it wants to stop unwanted pregnancy with its salacious sex education, when it knows full well it will increase sexual activity and the abortion rate. To top it all off, the website says in a self-serving admission, “While taking steps to prevent unwanted pregnancy, there will always be a need for safe abortion services.” So goes the Planned Parenthood story.

And how about Potts, himself? Is he upset about all this? As I researched his career, I found just the opposite—as I suspected. Potts’ career has largely centered around promotion of contraception and abortion.

Potts headed IPPF for a decade. He became founding director of the Bixby Center for Population, Health, and Sustainability at the University of California in Berkeley. He freely admits that he has personally committed abortions. The Bixby Center’s work targets poverty-stricken women in third world countries where birthrates are high. It finances and pushes abortifacient birth control, including misoprostol. While publicly claiming the misoprostol it provides is for use in preventing postpartum hemorrhage, the Center publishes a Misoprostol Regimens Pocket Reference for Clinicians in Rwanda that includes a guide to off-label use of the drug to induce abortion.

Potts is adulated as a great guy. He has co-authored textbooks on abortion and contraception. The women like him, too, apparently, if only for a while. Wikipedia notes that he is now married to his fourth wife, Dr. Martha Campbell. She is his partner in population control, and is on the payroll at the UC Berkeley School of Public Health, where she is the director of international population dialogue. She has coauthored papers with Potts, and also appears to be the proverbial goose who lays the golden egg, for she has very strong ties to billions of dollars available for population control. In the 1990s, she “directed the population program, including reproductive rights, in the David and Lucile Packard Foundation.”

After becoming familiar with Potts’ background, one can almost imagine that his life would not be complete unless he could attack the one entity that stands as the stronghold in resistance to his agenda. And he does. In his role as garrulous public enemy of the Church, he launches one op-ed after another full of spite and misinformation, attacking the Catholic Church and giving the pope “advice,” in an attempt to discredit Catholic teaching against contraception while advancing his contraception/abortion agenda. In a 2015 LA Times op-ed, his brief bio very carefully hides his agenda-driven livelihood and obsession, saying only: “Malcolm Potts is an obstetrician and research scientist at UC Berkeley. He has published widely on oral contraception, breast-feeding, the history of family planning, and reproductive ethics.”

And just to make sure we understand that he knows how wrong the Church is on the intertwined subjects of contraception and abortion, he gave a talk at a 2013 ACOG conference entitled “Sex, Ideology, and Religion: How Family Planning Frees Women and Changes the World.”

In 1973, while heading International Planned Parenthood Federation, Potts exhibited a brief moment of honesty when he said widespread use of contraception would increase the abortion rate. Today, the Bixby Center and Planned Parenthood go to great lengths to produce and promote studies saying that contraception lowers abortion rates. Consider the source. It is critical to the work of population controllers that they convince the public and those in positions of power in targeted countries that contraceptives will contribute to maternal health and lower abortion rates. But they knew, from the very beginning, that contraceptives would increase abortions, kill babies, and warp normally functioning reproductive systems, causing health problems and even death.

The pill is built on lies. Join American Life League and a host of sponsors across the United States and from as far away as Australia on June 6, as we unite to tell the truth and expose the lies that surround the pill. Sign up on our website today to sponsor and participate in our June 6 National Day of Action. This year’s theme is The Pill Kills Truth. Thousands of voices will rise in opposition to the pill and the lies that surround it. These are lies that are—to the great detriment of women, babies, and families—widely accepted without question, just the way Planned Parenthood wants it. Our voices and commitment to exposing the lies and telling the truth are critical to informing a world that is being horribly duped and exploited by Planned Parenthood.

Reprinted with permission from Stopp.org.