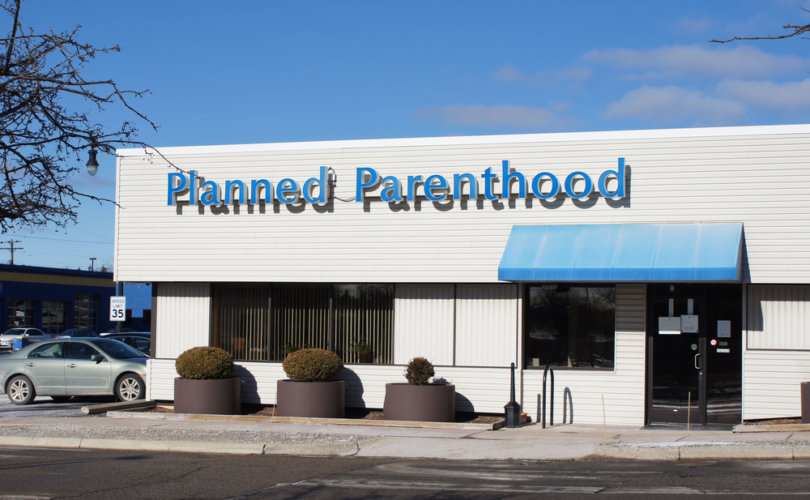 April 1, 2016 (National Right to Life News) — Planned Parenthood, the nation’s largest abortion business, relies on the marketing equivalent of frequent cosmetic surgery to maintain their pretty pink façade of caring about women. Literally making a business out of butchering preborn children and manipulating women every day, the 100-year-old organization has gone through extensive rebrands to continuously blur their primary source of profit: abortion. Planned Parenthood must constantly reinforce the lie that they are a healthcare provider with an altruistic heart for poor and minority women in order to remain current.

Their current rebrand, reported by FastCo Design, was hatched in 2014. Unbeknownst to the organization, the Center for Medical Progress spent that year inside Planned Parenthood abortion facilities and in meetings with their executives across the nation, gathering scathing undercover footage that would irrevocably damage the carefully-constructed façade the organization spent one hundred years polishing. Nonetheless, FastCo Design reveals that Planned Parenthood is on-schedule with their latest marketing ploys, the “Planned Parenthood Experience.”

“When Ideo [the consultancy behind the latest rebrand] and Planned Parenthood delved into ways to improve their operations,” reports FastCo Design, “it always came back to the employees, everyone from health care providers to administrative staff and security.” This is bad news for Planned Parenthood in light of a legion of evidence that the company’s employees are often bereft of humane concern for the women they purport to serve.

Planned Parenthood, according to Ideo, recognized that, “in order to actually deliver on that patient experience, they had to start with an employee engagement strategy.” They have their work cut out for them.

In short, Planned Parenthood employees are at all times doing more to harm than to help the business’s image.

Ideo was obviously privy to this massive shortcoming within the business and chose to codify a set of core values that would apply to all Planned Parenthood employees in the country – something, shockingly, Planned Parenthoods across America did not already have in place for employees prior to this project.

But considering Planned Parenthood’s reliance on abortion – the ultimate exploitation of women and children – the core values Ideo compiled for the organization under the heading “In This Together,” are ironic to say the least. Reports FastCo Design: “In This Together” is especially resonant for how it respects all individuals. ‘It paves the way for employees to see themselves as part of a whole,’” according to one employee.

And so Planned Parenthood continues running on a hamster wheel, advertising “respect” for “all individuals” in the marketing department while simultaneously turning over 330,000 dead children out of their “reproductive healthcare” department every year.