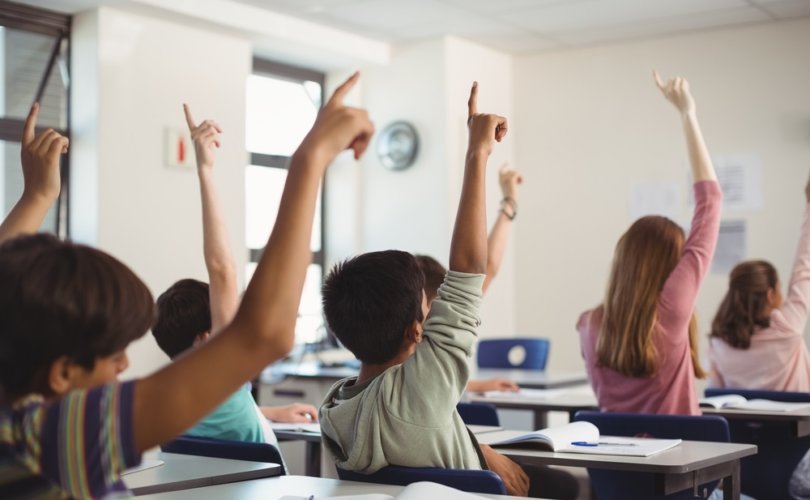 August 11, 2020 (Daily Signal) — Parents in America and around the world are waking up to the disturbing reality that their children are being subjected to a new woke form of radical sex ed called Comprehensive Sexuality Education.

Systematic sexual indoctrination would be a better description of the Comprehensive Sexuality Education programs being dished up — sometimes daily — to children in countries as diverse as Namibia, Nepal, and Nauru, and in U.S. states from Montana to Michigan to Maine.

Minnesota state Rep. Kathy Lohmer, a Republican, calls CSE “pornography,” saying: “It is something even some of my colleagues, men especially, on the House floor did not want to look at. We couldn’t show this on the 10 [o’clock] news, yet we want our fourth-grade children to be looking at this.”

And don’t think for a minute that your state is exempt from radical Comprehensive Sexuality Education. The federal government is using your tax dollars to give Planned Parenthood organizations and their partners a total of $101 million in grants annually to implement radical, sexually graphic, abortion rights–promoting CSE programs.

This began under the Obama administration and has continued under President Donald Trump. (To learn which groups and CSE programs in your state received these federal funds, click here.)

The StopCSE.org website exposes multiple egregious examples of harmful Comprehensive Sexuality Education curricula distributed both internationally and in the U.S.

The U.S. House of Representatives also is seeking to impose dangerous gender ideology on children in schools through the Equality Act. This House-passed legislation could lead to federally mandated curricula as well as controversial policies that threaten students’ safety and privacy and fairness in girls sports. Several senators are trying to pass the bill as well.

During one U.N. negotiation session, a representative of the tiny island nation of Nauru bravely protested:

UNFPA [the United Nations Population Fund] has tried to convince my country to change our positions on issues such as reproductive rights and comprehensive sexuality education. Harassing my capital or going through UNFPA’s regional office in the Pacific will not change my country’s position

This radical “guidance” redefines abstinence to mean not just abstaining from sex but also “deciding when and with whom to have sex.”

Planned Parenthood’s international group has 65,000 service points in 170 countries, and the sexualization of children increases the flow of money to their coffers. The more that Comprehensive Sexuality Education is adopted, the more kids become customers for condoms, contraceptives, abortions, testing and treatment for sexually transmitted diseases, the vaccination for human papillomavirus (HPV), and now, cross-sex hormones.

Many CSE programs that were analyzed according to the 15 Harmful CSE Elements Analysis Tool actually refer children to Planned Parenthood clinics at some point in the program, as this one for does.

Pro-lifers, listen up! Comprehensive Sexuality Education is the No. 1 tool for advancing abortion worldwide by indoctrinating the next generation in abortion and sexual rights ideology and advocacy.

Ipas, manufacturer of the handheld EasyGrip abortion suction device, hosted an event at the U.N. titled “Without Abortion: It’s Not Comprehensive Sexuality Education,” revealing what we have known for years.

If you are incensed by all this (and you should be), you’ll want to join the Protecting Children in Education Summit, an online event sponsored by The Heritage Foundation and the Protect Children Coalition set for Wednesday, Aug. 12, at 10 a.m.

At the summit you will learn more about the threats of Comprehensive Sexuality Education in every state, the Equality Act, gender ideology, and parental rights. You’ll also become equipped with the best tools, resources, and effective action steps to protect your children from the radical CSE agenda. Join us to learn how to protect children.