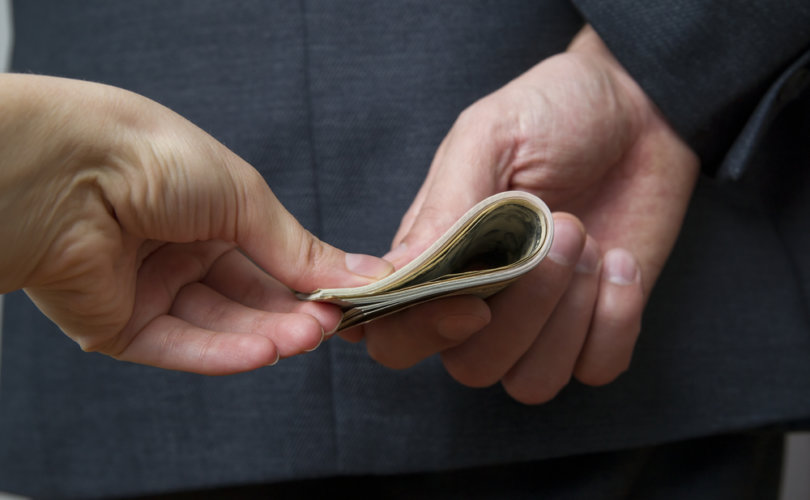 May 12, 2016 (BreakPoint) — The most important story of last year, in my view, was the exposure of Planned Parenthood’s trafficking in infant organs. But with the indictment of David Daleiden, the undercover journalist behind the incriminating videos, it seemed as if those responsible for the grisly exposed practices would not face any consequences.

All that may be changing, however. Last month, lawmakers took a major step toward holding the abortion giant and its allies accountable. The Select Panel on Infant Lives, chaired by Representative Marsha Blackburn of Tennessee, held a hearing on April 20th to review the evidence. And what they uncovered was stomach-turning.

It’s important to know that a 1993 federal statute prohibits the sale of fetal tissue. However, witnesses called during this month’s hearing say abortion providers have ignored that law for decades, encouraging and profiting from a market in human body parts.

Here’s how the process works: Researchers at companies like Stem Express pay procurement technicians to shop around abortion clinics for suitable specimens. They obtain consent from the patients, and inform the clinic staff, who kill the unborn child and harvest its tissue. The technician then packages and transports the body parts to the customer, records invoices, and makes sure the clinic is paid.

Of course, it’s an indictment on our civilization that only the last step is under investigation. But at least it is. Planned Parenthood and purchasers of fetal tissue have insisted for months that the money discussed in the undercover videos was “reimbursement for reasonable costs.” But testimony before the panel reveals that there’s no evidence clinics incurred any cost while harvesting fetal tissue. Third-party procurement technicians covered the costs, right down to shipping and handling. “When income exceeds costs,” writes Mollie Hemingway at The Federalist, “that’s profit.”

Far more damning are the marketing materials distributed by procurement companies, some of which advertise “financial profits,” and a “financial benefit to your clinic.”

And who can forget the gut-wrenching videos of Planned Parenthood officials negotiating the prices of organs over lunch with undercover investigators, with one even joking, “I want a Lamborghini!”

Among the documents presented at the hearing were invoices for the sale and transfer of fetal organs. Hemingway writes that one customer paid over $3,000 for a fetal brain. Another opted for a bulk discount, buying thirty-eight tiny brains for $22,000. And one procurement website entered as evidence during the hearing shows a drop-down menu order form where researchers can purchase “heart, lungs, liver, gallbladder, pancreas, esophagus, tongue, [and] scalp.”

“You don’t need to be a lawyer to see what’s going on here,” remarked Representative Blackburn. “This does not sound to me like tissue donation for research. This sounds like someone who wants to make money—a lot of money—selling baby body parts.”

Of course, Planned Parenthood denies all of it, despite evidence that one procurement company was negotiating with as many as 250 clinics nationwide. But in the end, even abortion supporters on the committee admitted that it’s time to subpoena full financial records on these gruesome transactions.

In response to all of this, David Daleiden warns that his videos “only scratch the surface.” But an evil once hidden is now exposed, “that Planned Parenthood profited from trafficking fetal organs,” and that this “criminal trade in body parts spread nationwide.” It’s hard to take in, but we must—after all, hidden evil always flourishes. Exposing evil is what love sometimes must do.

I’m praying—and I hope you will too—that this is a turning point in the debate; not just over whether selling fetal organs is okay, but over killing babies in the first place.