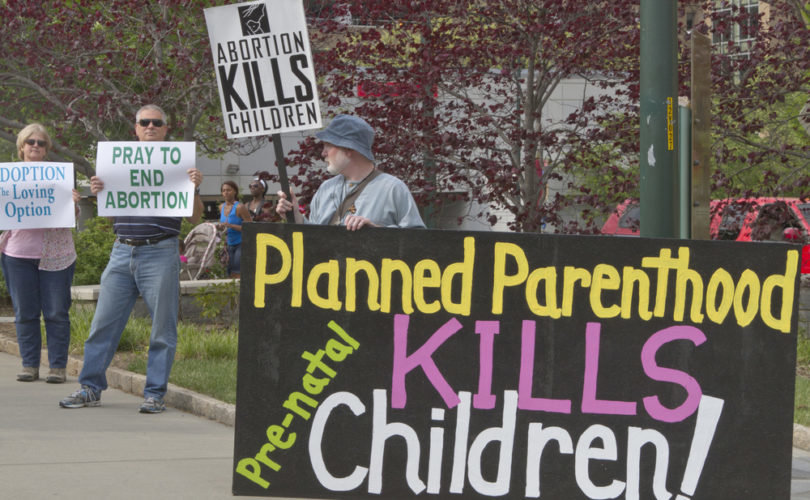 There are so many things you could say after viewing it, but all I could come up with was “Lord, have mercy!” And I meant that as a prayer, not merely as an interjection.

In the video, Nucatola describes “how Planned Parenthood sells the body parts of aborted fetuses.” She tells actors posing as potential buyers that “At the national office, we have a Litigation and Law Department which just really doesn’t want us to be the middle people for this issue right now . . . But I will tell you that behind closed doors these conversations are happening with the affiliates.”

Speaking calmly while she ate, Nucatola said that “We’ve been very good at getting heart, lung, [and] liver.” She talked about how abortionists, as they destroy a young life, are careful not to “crush” certain parts of the fetus so as to “get it all intact.”

Unfortunately, there’s more. But you get the sickening drift.

You would think that there’s no way anyone could defend this, short of alleging that the video is a fake. But you would be wrong. The Daily Beast assured readers that “the transfer of human fetal tissue is not illegal in the United States . . . provided that payments are for processing and transportation costs.”

Over at Slate, Amanda Marcotte told readers that the problem isn’t what Planned Parenthood is doing, it’s our squeamishness. As she puts it, “abortion is gross, no doubt about it . . . But so is heart surgery. So is childbirth, for that matter.”

Comparing childbirth or heart surgery to killing children and selling their body parts prompted my friend Rod Dreher to ask, “Is there any vile, inhuman thing people like Marcotte won’t embrace to defend the Sexual Revolution?”

Let’s be honest: If this video had been made in China or North Korea, Americans would denounce these practices as a kind of barbarism. But the dirty, not-so-little secret is that many Americans have come to see abortion-on-demand as a kind of birthright, and actually depend on its availability.

Don’t only take my word on it – take the Supreme Court’s.

In Planned Parenthood v. Casey, the majority admitted that it disagreed with the Court’s analysis in Roe v. Wade. Yet it upheld what it called Roe’s “essential holding,” that a woman has a constitutional right to abortion. Why? Because, in the two decades after Roe, “people have organized intimate relationships and made choices that define their views of themselves and their places in society, in reliance on the availability of abortion in the event that contraception should fail.”

In other words, Americans came to rely on abortion to preserve their “right” to sexual freedom.

This is why some people insist on defending the indefensible and many more insist on not looking at all. To see things as they are requires people to acknowledge the horrific, abominable price being paid for that “freedom.”

That price, as the video proves, includes treating human beings as commodities to be bought and sold, which, after all, is what the slave trade was all about. And I can’t help but think of the Nazis’ ghoulish use of their victims’ body parts.

Too many Americans don’t want to hear this. Unfortunately, it needs to be said, whether they want to hear it or not.