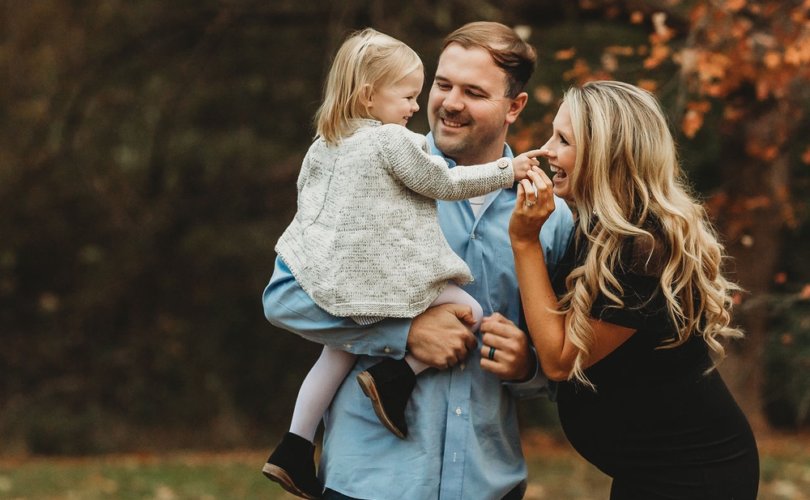 Lisa Stover with her husband and family

June 15, 2020 (LifeSiteNews) – The war on law enforcement by the mainstream media and those who misunderstand what officers of the law stand for is not new, but it has reached new heights because of the killing of George Floyd while in police custody and the riots this has triggered.

Mainstream media outlets are now pushing an anti-cop narrative where the bias is obvious. Voices are amplified calling for the defunding of the police and for a society without law enforcement officers. Reality shows like “Cops” and “Live PD” that positively portrayed police have now been canceled. While it’s unfortunately true that there are cops who do bad things, the vast majority of police officers, though imperfect, are honorable human beings doing their best to protect good honest citizens from evil. Law enforcement is necessary to maintain good social order.

Mainstream media bias against law enforcement has affected my family in a very personal way – my husband is a police officer.

The recent actions of Officer Chauvin against George Floyd were despicable and horrible. His actions, and the ensuing anti-cop narrative promoted by mainstream media, have forced good police officers, like my husband, to pay the price.

I don’t know anyone out there saying that what he did was right, or justified – because it wasn’t. His actions are a stark example of the mental health crisis in law enforcement that has been left unchecked and ignored for far too long. The mental health and PTSD resources available to law enforcement officers and their families are severely lacking, and there is so much work to be done to prevent injustices like what happened to George Floyd moving forward.

Officer Chauvin’s actions, that have been used to fuel hatred of police officers across the country, have not only put my husband’s life in greater danger — as he has been working on the frontlines during the riots — but it has put my family’s safety in jeopardy simply because my husband has sworn to protect our country and wear the badge. The death threats that families of law enforcement officers are receiving, the threats of instigators terrorizing the homes of law enforcement officers, and the complete hatred of what police officers represent has instilled an incredible fear in me as the wife of a police officer that I cannot shake.

My husband left for work the day after the Minneapolis riots. I couldn’t believe the news in Minneapolis, but like many Americans outside of Minneapolis, I didn’t think that the riots would affect my neighborhood. I hadn’t quite wrapped my head around how the actions of one police officer in a different city and state could so greatly affect the safety of my family. But now, they have.

I hadn’t heard from my husband for a few hours since he left for work, which was unusual. I had just put our girls to bed when I saw the announcement that civil unrest had broken out where my husband works. My mind immediately went to the worst-case scenario. As a police wife, every day when you say goodbye to your husband as he leaves for work, you face the possibility of that moment being the last time you will ever see or hug him again.

Shortly after I learned what was happening, I began receiving messages from other police wives asking if anyone had heard further details on what Officers were working at the riot, what was happening, or when we might expect to hear from our husbands. It was terrifying. I was shaking. I was in tears. I couldn’t sleep. I was trying to put bits and pieces of information together to figure out what was going on.

The riots subsided at 3am, and I finally heard from him. As I heard more details, I was both relieved and terrified at the same time. I learned my husband was hit by rocks and bottles that were thrown at him, as well as other officers, as they held the line. He was sworn at, yelled at, flipped off, spit on – I can’t imagine the hatred that he and his fellow officers endured that night.

My husband finished his shift the next morning and returned home at 8am. He slept for three hours before waking up again to go back to work to hold the line at the riots again. The unknown of what was about to happen was draining.

I scrolled social media and saw news reports, stories, and pictures of what the riots in other cities had done. My husband's parents went for a walk in their neighborhood where they came across graffiti that read, “Good cops are dead cops,” “Kill cops,” and “Save a life. Kill a cop.” I was overwhelmed with the weight of hatred and division that had taken over our country overnight. It was then that I realized what the rioters (not the peaceful protestors) wanted – they wanted our country destroyed, and they wanted my husband dead, simply because he is a police officer.

They wanted him dead – my husband, a human being with a wife and two kids. My husband, a Marine, who served our country in the Armed Forces for 6 years was suddenly less valuable as a human being simply because he chose to protect and serve our country as a law enforcement officer. Somehow our country went from “first responders are heroes. We are all in this together” during the pandemic, to “Kill Cops. Violence is the only answer” during the riots.

I heard of rioters targeting the homes of police officers by tracking down their addresses and marking homes that showed signs that a police officer lived there. Their goal was to terrorize the homes of officers, and threaten officers and their families. This was my new reality.

That night, while my husband was holding the line at the riot where he works, a riot two miles from our home went south and there were rumors of the rioters' plans to come into the neighborhoods. A shelter-in-place order was issued for our area until morning. It was especially terrifying because a few of our neighbors are police officers, which made our neighborhood a target. My fear was no longer just for my husband’s safety on the frontlines, but for my kids’ safety. I was terrified and yet at the same time had to find the strength within me to protect my family if the rioters came into our subdivision. I put my girls to sleep in my bedroom with me, since it’s on the backside of the house, and I grabbed our guns and extra ammo to keep at my bedside in case I needed them for self-defense.

I never thought I would live to see a day where I would be so afraid to go to sleep at night because of the violence and hatred that is destroying our communities and putting more innocent lives in danger. This is not the America that I grew up in.

I was talking to one of my police-wife friends about what had happened. As tears ran down my face I told her, “I’m not strong enough to be a police wife. This is too much to bear. I don’t know how to be strong for my family when I’m scared for our lives.”

She responded, “You are stronger than you know! Trust me, you are. These are unprecedented times and you are built for this. You are incredibly strong holding your family together, putting your babies to bed, packing up your ammo and guns without hesitation. That is the definition of strong. You may not realize how strong the little acts that you do are, but you are crazy strong.”

No one feels built for this kind of reality. You really never know just how strong you are until being strong is your only option. These last few weeks have been surreal – a defining moment in my life.

It’s so easy for those who aren’t in the trenches to not fully understand the anxiety and fear that I have experienced. And I hope no one else ever has to. Yet at the same time, it is these moments that I have come to deepen my faith and pray without ceasing. I now understand more closely why Saints like Maximillian Kolbe were able to find strength in the most difficult, and fearful situations.

Corrie Ten Boom once said, “There is no pit so deep that God is not deeper still.” I know without a doubt that God is greater than all of the hatred and evil that is running rampant in our nation. Never underestimate the power of prayer. It is in these times that we must pray without ceasing, speak the truth, and defend life against those who want to destroy it.

I work for LifeSiteNews in the development department. When I read encouraging LifeSite articles like the recent letter from Archbishop Vigano to President Trump, I have found that I am not alone. Mainstream media and social media outlets want us to feel like we are the minority, like we are alone in our beliefs where we value life, family, and the good of living in a law-abiding society. But I have found that the more I speak up, it has encouraged others to do the same. Our collective voices can make a difference. That’s one reason I’m so grateful for the mission of LifeSiteNews that exposes the darkness and stands with us, people like me, on the frontlines of the battlefield.

The cultural crisis we are experiencing is unlike anything before. It is clear that a major part of this crisis is the misinformation and censoring of the truth by mainstream media and social media outlets. The propaganda and narrative that they are pushing is insane, and the masses are blindly following along.

I hope as a reader of LifeSite you will consider financially supporting the LifeSite mission because it is needed more now than ever before. There are few news sources questioning the mainstream media and the larger agenda at play in the culture battle. LifeSiteNews is giving hope to many readers like me, who feel like there is no one else standing up for them.

I hope you will step out onto the battlefield and join LifeSite on the frontlines as we navigate these unprecedented times in 2020. You can follow this secure link to donate now.