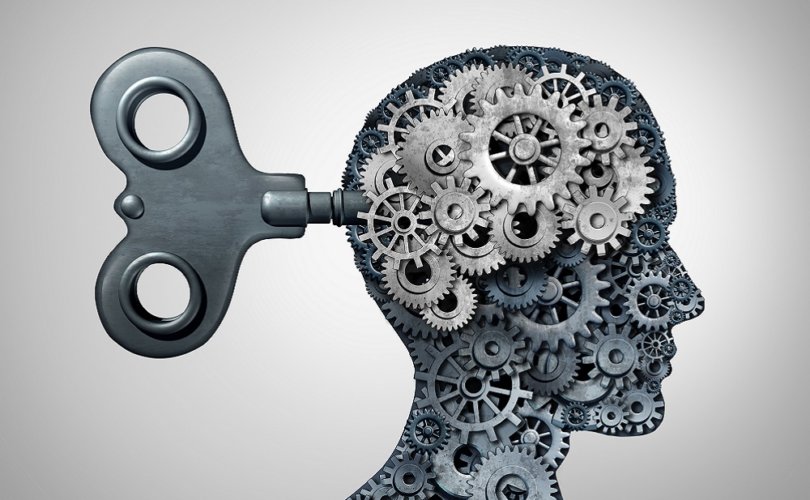 August 7, 2019 (American Thinker) — Political correctness is a liberal mind control strategy intended to stifle any thoughts or actions inconsistent with radical liberalism. It is the abrogation of free speech and the right to hold an opinion contrary to established liberal-socialist doctrine.

Political correctness didn't just happen; it has been carefully crafted over time. Radical liberals long ago realized that their emotion-based dogma could not withstand logical examination. The only solution for protecting radical liberalism until it undergoes its full evolution to totalitarianism was to snuff any contrary thought and speech. This being the case, the liberal cabal of coastal elites, academia, and victimhood profit centers, supported by the always faithful mainstream media, employed well honed weapons such as indoctrination of children, mass shaming, and shouting down dissent while playing on conservative apathy to firmly root political correctness in the mass psyche.

It is not just the stifling of contrary speech that is so troubling about political correctness and its radical practitioners. Also, it seeks to eliminate the very ability to think contrary thoughts.

For those not familiar with George Orwell's classic dystopian novel 1984, Oceania is a mega-state, one of three that exist on Earth after a global war. It is ruled by “The Party.” Oceania is a metaphor for what might happen under one-party rule. The government, which is the Party, is the model of government overreach to the point of totalitarianism. Individual thought and even the individual are completely repressed. Society is completely defined by its ruler, the Party. Thought Police assure that all adhere to the commands of Big Brother and the Party.

The primary tool by which individual thought is eliminated is a new language called “Newspeak.” In an appendix to the book, Orwell describes Newspeak and its principles. Of relevance is the concept that “[i]f thought corrupts language, language can also corrupt thought.” In 1984, the Newspeak language is used to narrow rather than broaden thought and ideas. The bottom line is that if there is not a word for something, that something does not exist. For example, in Newspeak, there is no word for freedom, so the concept of freedom cannot exist. Our language exists to describe what we see as reality. If that language is replaced by a narrowing language, then language asserts control over reality. When words are in control of reality, rational argument becomes impossible. Liberal emotionalism wins.

The operation of political correctness is eerily similar to Newspeak. Words that reflect non-liberal concepts are ostracized and replaced with often meaningless and non-definitive words.

Apologists for P.C. will tell you that the terms are intended to be egalitarian, inclusive, and not hurtful (“hurtful” itself being a P.C. word). The practitioners will freely tell you that the larger P.C. concept is to develop a new way of thinking that will lead to new ways of acting. Language changes thought, and thought changes action. The proponents of P.C. will tell you that when more and more people speak with P.C. terms, more people will accept a new way of doing things. This is, of course, a way of saying that people will accept doing things their way.

The proponents of political correctness will tell you that the intention of the sought after behavior modification is to eliminate sexism; racism; homophobia; transgenderphobia; and a lot of other phobias and isms that presumably include conservatism, patriotism, nationalism, Christianity, and any other non-liberal doctrine. The presumption is that the behaviors or thought processes they wish to eliminate in fact exist and are bad.

There are, in this nation, many rational people who, for example, do not agree that homosexuality and transgenderism are either innate or good and believe that it is those behaviors that should be modified rather than embraced.

Racism is possibly the most overused word in the media and, consequently, means almost nothing since it is a term applied to any comment or criticism liberals don't like or something for which they have no response. The same with sexism. People are male and female. They are he and she. Why not refer to each as such?

Other terms are defined by the P.C. police as “hurtful.” What exactly is that? The connection between many terms and their supposed “hurt” is often too tenuous to even imagine.

We have lost our sense of humor because poking fun at something is now politically incorrect. P.C. people have forgotten how to smile and laugh. Oversensitivity is being inculcated in our population from childhood. It's a necessary precursor of believing political correctness.

Examples of P.C. ridiculousness abound. Why, for example, are the names for the Atlanta and Cleveland baseball teams, the Braves and the Indians, hurtful to American Indians? Why are American Indians called “Native Americans” when even they came from elsewhere? Why is someone called a racist for pointing out to Rep. Elijah Cummings that the part of Baltimore he represents is a disgusting mess? Because it is. The area would be a mess whether or not Cummings were black. Why is pointing out how ridiculous and misguided the “Squad” of freshman Democrat representatives are termed racist? They are ridiculous and misguided whatever color or heritage they might be. Why is any remark questioning homosexuality labeled homophobic when there are genuine questions regarding the psychology of same-sex attraction? Why must the sexually dysphoric, who erroneously call themselves transgendered, be called by a dozen personal pronouns, often changing, when their actual sex is either male or female, for which there are well established pronouns?

Political correctness is reaching new and ridiculous heights on our college campuses. Words now banned by various college handbooks include “soup Nazi,” “illegal alien,” “Third World,” “lame excuse,” “man up,” “crazy,” “psycho,” “crusader,” “dwarf,” “Eskimo,” and “grandfathered in.” Also on the banned list are “America” and “American.” To use a non-P.C. term, this is crazy.

While some of the specific words may be amusing to rational people, the concept is concerning. By eliminating masculine and feminine pronouns, the liberals are creating a unisex society, blurring the actual differences between men and women. Normalizing homosexuality and transgenderism is a move in this direction also. Eliminating words like “alien,” we are moved toward the much coveted one-world concept of the Left. Applying “racist” and “hateful” to everything not to liberal liking smothers dissent and alternative points of view.

Eventually, Newspeak turns to action. Newspeak encourages boys to seek to participate in women's sports. Newspeak pushes males into female locker rooms and bathrooms. Newspeak bans conservative and traditional speakers from our campuses. Newspeak is an insurmountable wall between groups of polarized people. Newspeak is the language of totalitarianism.

As words disappear, the breadth of thought is narrowed. Do you remember when the big discussion was over “Miss,” “Mrs.,” and “Ms.”? How long will it be until we arrive at Newspeak's state of doubleplusungood?

Dave Ball is the author of conservative political commentary, a guest on political talk shows, an elected official, and a county party official.