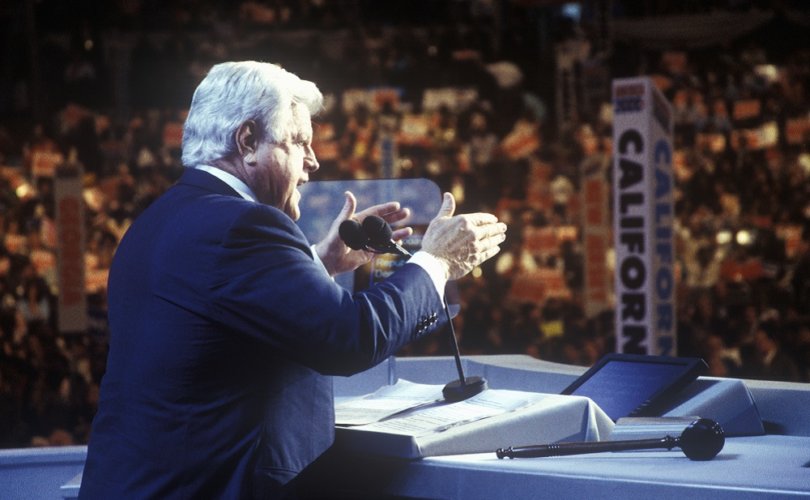 August 13, 2019 (CatholicCulture.org) — “The growing plague of offense and disrespect in speech and actions must end,” says Archbishop Wilton Gregory in his highly publicized response to President Trump's remarks about squalor in Baltimore. “I fear that recent public comments by our President and others and the responses they have generated, have deepened division and diminished our national life.”

Who could disagree? Whether you're a fan or a foe of President Trump, you cannot deny the nasty partisan divisions in America, the ugly tone of public debates that have degenerated into shouting matches and worse.

The problem that I see with Archbishop Gregory's message lies in the fact that our bishops have (as usual) arrived late on the scene. The “politics of personal destruction” had become a regular feature of our nation's political discourse long before Donald Trump — and his vociferous critics — arrived on the scene.

When did it all begin? That's a question worthy of a doctoral dissertation by some aspiring historian (if one hasn't already been written). But for a quick answer, I'd point to July 31, 1987, after President Reagan nominated Robert Bork for a seat on the Supreme Court. A leading member of the US Senate promptly rose to say:

Robert Bork's America is a land in which women would be forced into back-alley abortions, blacks would sit at segregated lunch counters, rogue police could break down citizens' doors in midnight raids, and schoolchildren could not be taught about evolution, writers and artists could be censored at the whim of the Government, and the doors of the Federal courts would be shut on the fingers of millions of citizens.

Unlike Donald Trump, the man who delivered that wild diatribe — the late Ted Kennedy — identified himself as a Catholic and relied heavily on a base of support with Catholic voters. Unlike Trump, who tosses off insults with the insouciance of a TV personality, Kennedy spoke in deadly earnest.

And unlike Trump, Kennedy was not, as I recall, rebuked by any Catholic prelate for that disgraceful speech.