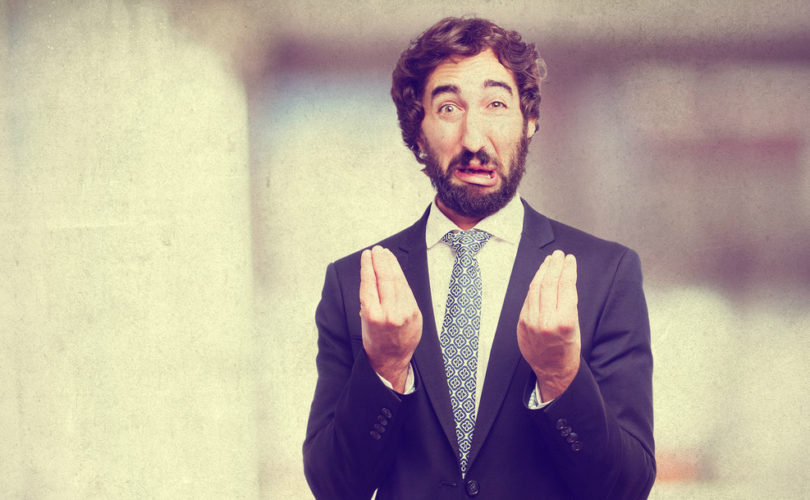 Trigger warning: People upset by accounts of extreme stupidity and politically craven spin may want to skip this column.

Trigger warning: People upset by accounts of extreme stupidity and politically craven spin may want to skip this column. Even people with a really even temperament may want to apply a layer of duct tape to their foreheads at once.

That Planned Parenthood does not perform mammograms is indisputable. Its officials admit it; its president has even confessed as much before Congress under oath. But when a pro-life advocate says the same thing, PolitiFact, the self-appointed arbiter of truth and falsehood on the political scene, officially rated his comments “half-true.”

The controversy began when Casey Mattox, senior counsel with the Alliance Defending Freedom, tweeted, “Zero Planned Parenthood facilities are licensed to do mammograms.”

“You can’t go there and actually get a mammogram,” he later said.

When PolitiFact began to investigate, he pointed them to a list of facilities, updated weekly by the FDA, that are licensed under the Mammography Quality Standards Act to provide mammograms. Not one Planned Parenthood appears on it, PolitiFact admits.

“Planned Parenthood spokeswoman Liz Clark confirmed why: The organization does not provide mammograms at any of its health centers,” PolitiFact writes.

Thus, “Mattox is correct, by Planned Parenthood’s own acknowledgement, that the organization does not provide mammograms.”

So everyone – including PolitiFact – is agreed that Mattox is 100 percent correct. Even The Washington Post rated this claim false in 2012 when President Obama continually made it.

But PF is determined to bail out PP, so the water carrying and special pleading begin.

The group will occasionally refer women for mammograms. That is, if women need real breast cancer care, Planned Parenthood refers them to, you know, real medical professionals. And then they charge them – or quite often, U.S. taxpayers – for essentially telling the woman, “Sorry, we don't do that here.” Nice work if you can get it.

But these screenings are not mammograms. As the late Karen Malec once told me, “Yes, Planned Parenthood does the same breast exams a woman can do at home – and then they charge her for it.”

Even these limited services have decreased markedly, as Planned Parenthood's share of the abortion market – which accounts for 86 percent of its non-governmental revenue – has gone up.

When the Susan G. Komen Foundation donated $3 million in 2012, PPFA President Cecile Richards promised that would allow Planned Parenthood to “expand our breast care work beyond our wildest dreams.”

Yeah, well, about that.

According to its own annual reports, Planed Parenthood performed:

Is Cecile Richards' wildest dream cutting women's health care screenings in half (though, admitted, cutting things in half is Planned Parenthood's specialty)?

Only in the Bizarro world of politically charged journalism can a completely factual statement uncontested by any party be deemed partially false.

Congratulations to Casey Mattox and ADF for telling the truth, the whole truth, and nothing but the truth.