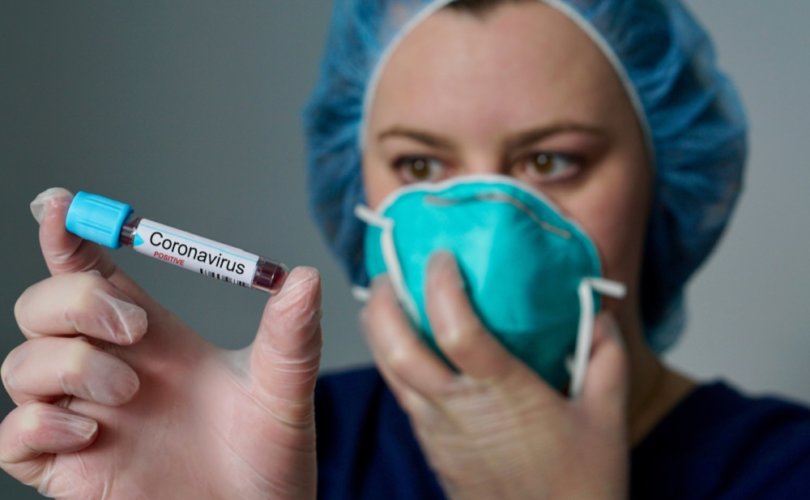 August 20, 2020 (American Thinker) — Franklin Templeton, an investment company, commissioned a Gallup research study to learn about Americans' perceptions about the Wuhan virus, with an eye to better understanding the recovery. What the project revealed is that Americans grossly overestimate the risk that the Wuhan virus presents, especially to younger people. That they're so worried isn't surprising, considering how the mainstream media have reported on the virus. For Democrats, hysteria helps.

What struck me was that this deliberate effort to stoke ignorance is a replay of what the media did back in the mid-1980s with AIDS. Then, the press insisted that AIDS was an illness that could attack anyone, no matter his sex, race, or sexual orientation. This was a lie. In America, AIDS was always a disease primarily limited to gay men, hemophiliacs, and intravenous drug–users.

Franklin Templeton summed up the findings as follows (emphasis mine):

Our Fixed Income CIO Sonal Desai unveils the first insights from the new Franklin Templeton–Gallup research project on the behavioral response to the COVID-19 pandemic and implications for the recovery: we find a gross misperception of COVID-19 risk, driven by partisanship and misinformation, and a willingness to pay a significant “safety premium” that could affect future inflation.

Although Franklin Templeton was surprised by the details, it's doubtful any Republican is:

The first round of our Franklin Templeton–Gallup Economics of Recovery Study has already yielded three powerful and surprising insights:

The following are the specific misperceptions plaguing Americans, especially Democrats:

Six months into this pandemic, Americans still dramatically misunderstand the risk of dying from COVID-19:

By misleading Americans about the risks of the Wuhan virus, the Democrats are advancing several political goals: they destroyed the blazing Trump economy, they've forced people into government dependence, and they think they've given the teachers' union a winning hand in forcing “social justice” on America's public schools.

This video of Martha MacCallum interviewing Becky Pringle, the incoming president of the National Education Association, America's largest teachers' union, shows how the left is manipulating virus panic to its advantage:

Watching the video, I realized I'd seen this pattern before. During the 1980s, when AIDS first appeared, the first people presenting with AIDS were gay men. Later, hemophiliacs and intravenous drug–users joined that tragic group.

The problem for the left was that a disease that was almost entirely limited to people engaging in risky behaviors was not a way to get funding for the disease or sympathy for the sufferers. That's how the myth was born that AIDS affects everyone equally. That's also how AIDS became, after cancer, the best funded disease in America despite its relative rarity.

Michael Fumento finally exposed the deception in 1988 with a famous article entitled “The Myth of Heterosexual AIDS“:

The main problem with using AIDS to terrify heterosexuals into chastity is that it requires gross exaggeration of the risk. AIDS is a bloodborne disease that, 10 years after the first heterosexual AIDS cases began showing up in New York City, remains confined almost exclusively to homosexuals, intravenous (IV) drug abusers, recipients of blood products prior to 1986, and their steady sexual partners.

Only about two percent of all diagnosed AIDS cases in this country have been attributed to heterosexual transmission in native-born Americans, a figure that has held steady for several years now. In New York City, the heterosexual AIDS capital of the United States, only eight males have been identified as having gotten AIDS from heterosexual intercourse.

The Wuhan virus is a nasty disease. However, had we protected the vulnerable (the old and those with pre-existing conditions), and then gone along with business as usual, it would have passed through America like nothing more than a terrible flu season. Instead, though, just as Democrats weaponized AIDS, they also weaponized the Wuhan virus.