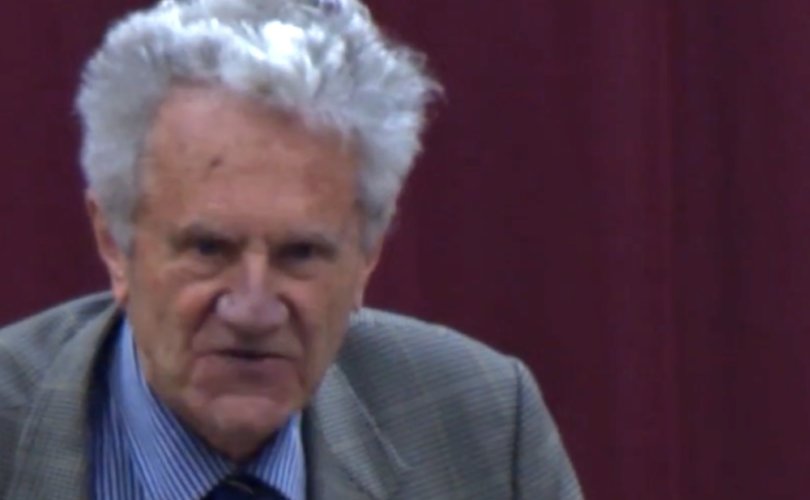 June 3, 2019 (CatholicCulture.org) — Last year when he issued new rules for the governance of pontifical ecclesiastical faculties, Pope Francis called for a “culture of encounter” that would encourage “wide-ranging dialogue.” But there are limits, apparently, to how widely the dialogue should range.

Last week John Rist, who had been conducting scholarly research at the Patristic Institute Augustinianum, learned that he had suddenly become persona non grata at the venerable Roman institution. He was given neither warning nor formal notice; he learned of his new status only when he was unable to gain access to the parking lot.

John Rist is a world-class scholar, noted for decades of outstanding contributions to the history of philosophy. Among his academic credentials are an honorary doctorate from the Pontifical Institute of the Holy Cross and a chaired professorship at the Catholic University of America. He had been, until this week, a visiting professor at the Augustinianum.

What did Rist do, to prompt the Augustinianum to banish him? He signed the open letter charging the Pope with heresy.

My own serious misgivings about that open letter are already on the record. But doesn't academic freedom mean that a scholar should be allowed to profess an unpopular opinion?

The pontifical faculties are, admittedly, a special case; professors are expected to uphold the teachings of the Catholic Church. But Rist's orthodoxy is not in question. He is being punished for questioning the orthodoxy of another prominent figure. And since the target of his criticism is the Bishop of Rome, a special rule applies.

In that 2018 document Veritatis Gaudium, amending the rules of the pontifical faculties, Pope Francis stipulated that the professors must be loyal to the Church. The wording of the relevant clause (26.2) is noteworthy:

Those who teach matters touching on faith and morals are to be conscious of their duty to carry out their work in full communion with the authentic Magisterium of the Church, above all, with that of the Roman Pontiff. [emphasis added]

The crude treatment of John Rist —  which the professor rightly described as “grotesque discourtesy” — highlights a disturbing trend in Rome. Call it the new ultramontanism: the aggressive attitude of the Pope's overeager defenders, who treat criticism of the Pontiff as a far more serious offense than attacks on the Catholic faith.