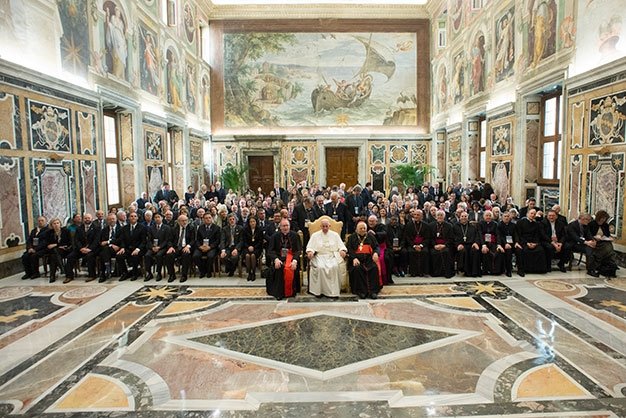 Read Part 1 of this series on the Pontifical Academy for Life here.

March 14, 2017 (ALL) — In 2008 when Bishop Elio Sgreccia resigned from the presidency of the Pontifical Academy for Life, Pope Benedict XVI appointed Archbishop Rino Fisichella to assume that position.

Fisichella began his tenure with what, in hindsight, can only be defined as an agenda of changing attitudes on abortion and other matters. In retrospect, I find it comical that, as the archbishop moved into his role as an agent of change in the Academy, so too Barack Obama was positioned to do the same as president of the United States.

Of course when Fisichella took over the helm of the Academy, nobody could have predicted what was in store. But it did not take long for the tide to turn.

In March 2009, Archbishop Jose Cardoso Sobrinho of Brazil excommunicated the mother and all members of a medical team involved in the abortion of twins being carried by the woman’s daughter. The young girl had been impregnated after being raped, and the abortion was seen as an act of compassion for the child and her babies. Archbishop Sobrinho took his stand in defense of life saying that “the law of God is above all human law” and that abortion is “homicide against innocent life.”

I took issue with Fisichella’s erroneous statements and that’s where my difficulties began. There is no doubt in my mind that abortion is never right and that the archbishop was very wrong.

In 2010, Fisichella was finally removed from his post at the Academy and was named as head of the newly formed Pontifical Council for Promoting New Evangelization.

At the Pontifical Academy for Life, Fisichella was replaced by Monsignor Ignacio Carrasco de Paula—a man who in 2010 was anything but welcoming to some of those who took issue with his predecessor and who called for his ousting. That of course includes yours truly.

The following year, 2011, I travelled to Rome to speak with Msgr. de Paula, as well as representatives of the Congregation for the Doctrine of the Faith and the Pontifical Council for the Family. My visits were predicated on an urgent request that the Church revisit her use of the word “conception” when addressing the beginning of a human being’s life. This was based on statements such as this: “The Church's teaching is based on the now-scientifically proved fact that human life begins in its entirety at the moment of conception.”

The point I made during the meetings was that, as pointed out in ALL’s paper entitled The Domino Effect and in the scientific explanation of asexual reproduction, the Church would be wise to consider changing or amending its use of the word “conception” so that it would be perfectly clear that she intended to speak in defense of the protection of all innocent persons from the moment God created them—whether that be sexually or asexually. In that way, there would be no confusion about the fact that the Church teaches that the act of abortion is always and in every case a criminal offense against God.

I was overwhelmed with the positive reception we received in each of the offices, especially at the Pontifical Academy for Life. Msgr. de Paula invited me to submit our paper so that we could make an official presentation on the topic of language and the human person during the coming 2012 meeting of the Pontifical Academy for Life. But sadly on January 9, 2012, I was e-mailed the news that my paper would not be on the PAL schedule and I would not be presenting it to the Academy. In that same week I was further advised that my third term on the Academy had come to an end and I was not being renewed to serve a fourth five-year term.

Coincidence? Well, as you will see in part III of my series, there are no accidents when it comes to Vatican politics.