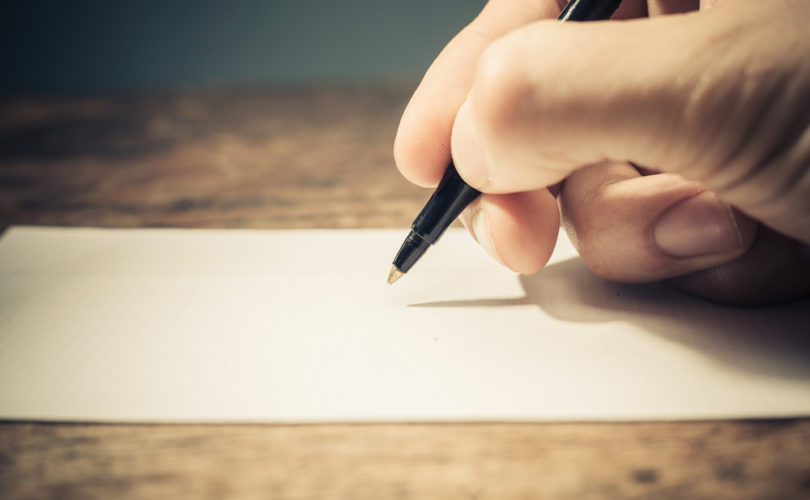 January 8, 2019 (CatholicCulture.org) – In November, Pope Francis instructed the Catholic bishops of the US to table their plans for new responses to the sex-abuse scandal. Now, in his letter to the American bishops who were on retreat at Mundelein seminary last week, the Pontiff exhorts them to take action – but not, apparently, the sort of action they had in mind.

To be sure it is no simple matter to discern what action the Pope wants the American bishops to take; his lengthy letter offers them no clear directions. But he writes at length about how they should approach their problems, and in doing so he conveys a strong message about the path he prefers and, more important, the path he wants the American hierarchy to abandon.

First, the Pope tells the American bishops that this is their problem. “In recent years,” he writes, “the Church in the United States has been shaken by various scandals that have gravely affected its credibility.” [emphasis added] He describes their retreat as “a necessary step toward responding in the spirit of the Gospel to the crisis of credibility that you are experiencing as a Church.” [emphasis added] Nowhere does he acknowledge that the scandal has shaken the entire universal Church, and that especially this past year, the most serious questions about credibility have been aimed directly at the Vatican.

Second, the Pope repeatedly exhorts the American hierarchy to preserve unity, to avoid divisions, to act as a fraternal body. His dogged insistence on this message – which occasionally escalates into blunt criticism, as when he urges them to “break the vicious cycle of recrimination, undercutting, and discrediting” – strongly suggests that there has been a great deal of public quarreling among the American bishops. But that is not the case! To a remarkable degree, the American Catholic hierarchy has preserved its public unity, under trying circumstances.

In fact, more than a few American Catholics would argue that the pointed reluctance of bishops to criticize each other has been a gross failing: an important factor contributing to the scandal. Amy Wellborn, arguing that the Pope has sent the wrong message, speaks for many concerned Catholics:

Is the culture of church leadership in desperate need of encouragement to be more gently tolerant of all points of view and less critical of each other? Seems to me it's pretty much the opposite.

Archbishop Carlo Maria Vigano is not mentioned in the papal letter, but his testimony casts a long shadow across its pages. The Pope and his allies have denounced the former Vatican diplomat as a threat to Church unity, and it is that sort of division that Pope Francis wants the Americans to avoid.

Too late! Dozens of American bishops are already on record, calling for a thorough investigation of Archbishop Vigano's charges. By his adamant silence – which is conspicuously maintained in this letter – Pope Francis has indicated that he will not approve any investigation. So now, he tells the American bishops, they should resolve to move on, maintaining unity, without probing further into potentially painful subjects such as the influence of a corrupt homosexual network within the hierarchy and within the Vatican. That topic, the Pope signals, will remain off limits.

In his letter the Pope also offers the very useful and valid reminder that a solution to this scandal cannot be built solely on procedural foundations. It will require a new attitude toward sexual abuse in particular and Church leadership in general. He rightly cautions the American bishops against “reducing everything to an organizational problem.”

Andrea Tornielli, recently hired as editorial director of the Vatican's Secretariat for Communications – and thus as a leading official interpreter of the Pope's messages – focused on the need for “a change in our mind-set” in his own commentary on the Pope's letter. He concluded with a revealing prescription for rebuilding the credibility of the hierarchy:

Credibility is not rebuilt with marketing strategies. It must be the fruit of a Church that knows how to overcome divisions and internal conflicts…

It's certainly true that marketing campaigns do not restore a damaged institution's credibility. But neither does the preservation of a united front. Once again the first order of business, from the Pope's perspective, is to avoid division and conflict. But the only effective way to restore credibility is to tell the truth.

The papal letter encourages the American bishops to find ways to protect against sexual abuse in the future, but not to look too deeply into how the problem arose in the past: not to investigate the corruption that gave rise to a culture of secrecy and cover-ups, of protecting the guilty at the expense of the innocent. If the same attitude prevails when the Vatican hosts the presidents of the world's episcopal conferences in February – and we have little reason to expect otherwise – that meeting will result in further frustration, greater cynicism about Church leadership, more damage to the evangelical mission of the Church.

I say that there is little reason for hope about the February meeting. But not none. Because this week the US bishops are praying over their response to the crisis, and to the papal letter. We should all be praying, too, that their response will be marked by both prudence and fortitude.