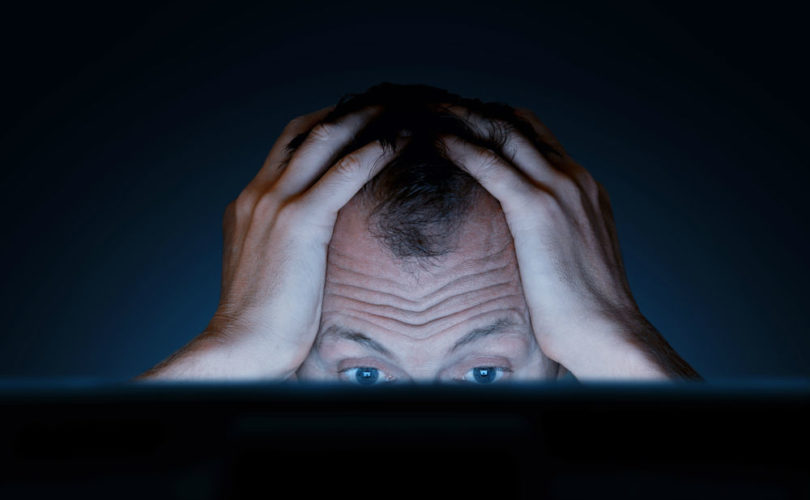 Although they have been common throughout history, prohibitions against incest (sexual relations between blood relatives) have become increasingly difficult to understand and defend. In part, this is a result of a misunderstanding. We often think that the primary reason to ban incest is to prevent genetic abnormalities or other harm to children who might be conceived. When there are so many options available by which to prevent such harm, this reasoning seems less and less intelligible. Incestuous couples could simply refrain from having children, for example, or use assisted reproduction technology to conceive healthy ones.

The lack of intelligibility does not mean that there is a wave of defenders of incest attempting to break the taboo, although there are some. But it does offer an opportunity to reconsider why incest is a bad thing for a society to tolerate. And in doing so we might recognize that the problem to which incest gives rise has infiltrated our society by other means, posing a major threat to the health and stability of our families.

The Philosophical Case Against Incest

In the Supplement to his Summa, Thomas Aquinas discusses questions of consanguinity. After asking whether consanguinity is an impediment to marriage by virtue of the natural law, he gives three reasons that it is. Interestingly, none of these reasons makes reference to difficulties with offspring.

Rather, Aquinas holds that incest is contrary, first, to the order of relations that should exist between parents and their children. A daughter cannot relate in the appropriate ways to her father both as father and as spouse, for example. Aquinas’s third reason is that incest is contrary to an “accidental” end of marriage: the binding together of humankind and the extending of friendship. We see this at virtually any wedding when two unrelated families gather to celebrate their new connection. Incestuous unions would have nothing of this sort to celebrate.

Both of these arguments are important and deserve consideration. But it is Aquinas’s second argument that interests me here. A secondary end of marriage, for Aquinas, working in the Pauline tradition, is the curbing of concupiscence. But “this end would be forfeit if a man could marry a blood-relation, since a wide scope would be afforded to concupiscence if those who have to live together in the same house were not forbidden to be mated in the flesh.”

If we translate Aquinas’s concern to more modern language, we see that his worry is entirely justified. The concern is with the chastity of members of a family, where chastity includes having tempered and ordered sexual desires. Tempered, because not every possible object of desire is in fact desired—so that not everyone who could be sexually desired is. And ordered, because sexual desire is oriented toward those who could be suitable partners in marriage. Desire for those already married, for example, is ruled out for those who have the virtue of chastity.

Chastity serves the integrity of persons, the good of marriage, and the broader good(s) of a household. Begin to break down chastity within a household and these goods will, Aquinas thinks, be jeopardized.

How Does the Prohibition Against Incest Promote Chastity?

Now, if incest were not forbidden, chastity would indeed be threatened, and with it the goods just mentioned: integrity, marriage, and family. Why? I will suggest three reasons, and I suspect there are many more.

Those who have been—or have lived with—adolescent boys will be familiar with just how difficult it is for boys going through puberty to think about anything other than sex. One might, for this very reason, question the prudence of having boys spend as much time as they do in many of our nation’s schools, where the distraction can be constant.

Consider what would be the case if sex—its possibility, and perhaps its reality—were brought into the home. Rather than a liberating space in which boys can attend to the variety of other things that would truly interest them if they were not consumed with an interest in sex, the home would become the seedbed for sexual desire. This would surely have consequences for girls in the home as well, for their sense of themselves as objects of sexual interest would likewise be without respite.

Some such young women would feel themselves constantly unsafe; others would feel themselves constantly under pressure to “compete” with the rest of the sexualized female world. For both boys and girls, a world in which incest was not strictly forbidden would be one in which their lives were pervasively sexualized and thus their integrity at serious risk. This would also endanger the future of marriage and family life as well. Boys and girls raised in such an environment could hardly be expected to be capable, when the time came, of serious commitments to marital fidelity and respectful treatment of members of the opposite sex.

A second consequence is this: given what was just said about the pervasive sexualization of the lives of boys and girls, it should be expected that boys and girls would start experimenting sexually earlier than they would otherwise. Having been initiated early into the world of sex and finding it all around them, what could stop them? And indeed, the home itself would become a place of at least some of that sexual experimentation.

But earlier sex is an indicator for a number of negative social outcomes, many of which have, in turn, bad consequences for present and future family life. So once again, the effect of ceasing to maintain the prohibition on incest would be deleterious to family life.

And the same is true of the third consequence. Where incest is not strictly forbidden, relations between spouses will inevitably be destabilized, as mothers will need to view daughters as competition. That is because fathers would view their daughters as potential replacements: younger versions of the women they once loved but whose attractions may have faded with time.

So Thomas’s insight is sound: the prohibition on incest protects chastity, and chastity protects integrity, marriage, and family.

The Problem of Pornography

Of course, Thomas did not predict an end to the prohibition against incest, and neither should we. Yet Thomas also could not have predicted that a time would come when people would embrace a reality that had precisely the same negative consequences as incest, and for many of the same reasons, while keeping themselves blind to those consequences and reasons. Thomas could not have predicted, that is, the way that the internet and other digital technologies would make pornography ubiquitous in the home.

There has always been pornography, sometimes more, sometimes less. But even a generation ago, pornography was largely something that had a limited presence in the homes of families with children. Fathers may have had their back copies of Playboy tucked away somewhere, but teenagers’ access to pornography was fairly limited, and certainly not coextensive with their sexual desire.

here’s the thing about the generation of 10-13 year old boys who came just after me – those born after, say, 1992 – and all 10-13 year old boys since: any one of them can see more naked women on their phone in 10 minutes than most grown men in history saw in their entire lifetimes. They can also, of course, see women performing acts most men in history would never have dreamt up, let alone witnessed. And unsurprisingly, in overwhelming numbers, this is precisely what they choose to do. The [UK] government, slowly waking up to the issue, issued a cross-party report in 2012 that revealed one in three boys of this age had viewed explicit material online, with four out of five becoming regular users by the time they were 16.

Nor is the easy consumption of pornography limited to the young; its availability makes it a constant temptation for married men, one to which many have succumbed.

But note the consequences of pornography produced and consumed on such a massive scale and imported into the homes of millions at the touch of a button:

– First, there is an erosion of the sexual integrity of young men and women, who have no place to escape the pressures of a sexualized world.

All these claims have been given ample attention by others, although important cultural voices still try to obscure the issue. But what should strike us is this: although we would not consider relaxing the taboo on incest, we have allowed our lives to become dominated by something that has precisely the same negative effect on integrity, marriage, and family that incest would. Our adherence to the taboo is wiser than we know. We need to re-appropriate the real reasons underlying that prohibition and wake up to the fact that pornography is our culture’s incest.

Christopher O. Tollefsen is Professor of Philosophy at the University of South Carolina and a senior fellow of the Witherspoon Institute. He is the author of Lying and Christian Ethics (Cambridge, 2014).