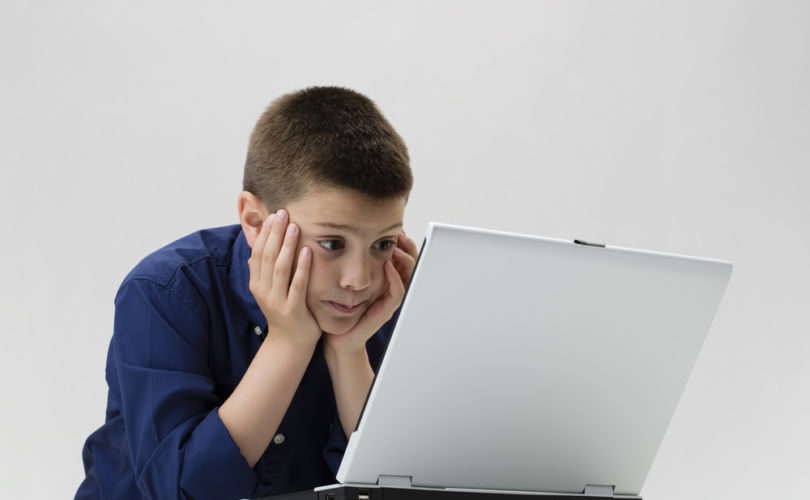 Pornography has spread like a plague across the nation. It has moved from the margins of our culture to the mainstream, undermining marriages, families, and communities. Worst of all, it has stolen a time of innocence from our children.

Some pornography, specifically “obscenity” and “child pornography,” is illegal and not protected by the First Amendment. Shamefully, the overwhelming majority of this illegal hardcore pornography on the Internet is produced in the United States. Decades ago Congress passed federal laws against child pornography and obscenity and those laws have been found to be constitutional. They are too seldom enforced, however. Family Research Council (FRC) calls for the vigorous enforcement of all pornography laws.

Whether legal or not, pornography alters both sexual attitudes and behavior, undermining marriage, which in turn undermines the stability of the entire community. Because it is a threat to marriages, the family, and society at large, consuming pornography cannot be seen as a private choice without public consequence.

Pornography and the Family

Pornography viewing leads to a loss of interest in good family relations. Married men who are involved in pornography feel less satisfied with their conjugal relations and less emotionally attached to their wives.[1] Pornography use is a pathway to infidelity and divorce, and is frequently a major factor in these family disasters. Couples affected by one spouse's addiction usually experience a loss of interest in sexual intercourse and good family relations.[2] Both spouses perceive pornography viewing as tantamount to infidelity.[3] Pornography use and “cybersex” can often be just as damaging to family relationships as real-life infidelity, and this estrangement has tangible consequences: when viewing pornography becomes an addiction, a troubling percentage of “sex addicts” lose their spouses, 58 percent suffer considerable financial losses, and about a third lose their jobs.[4],[5]

Pornography devastates marriages, as husbands report to loving their spouses less due to the addiction, and the wives of these users have deep psychological wounds, with feelings of betrayal, mistrust, and anger towards their partner, sometimes requiring clinical treatment for trauma.[6]

Pornography affects all members of the family. Not only does it eliminate an affectionate family life, children can experience traumas related to encounters with their parents' pornographic material. A study of adolescents revealed that viewing sexually explicit internet materials can significantly increase their uncertainties about sexuality, can lower their self-esteem, and bring about feelings of loneliness and depression.[7]

Pornography and the Individual

Pornography is addictive, and neuroscientists are beginning to map the biological substrate of this addiction. Users tend to become desensitized to and bored with the type of pornography they use, seeking more perverse forms of sexual imagery.[8] Men who view pornography regularly have a higher tolerance for abnormal sexuality, including rape, sexual aggression, and sexual promiscuity.[9] Prolonged consumption of pornography by men produces notions of women as commodities or as “sex objects.”[10] Pornography engenders greater sexual permissiveness, leading to a greater risk of out-of-wedlock births and STDs.[11] Child-sex offenders are more likely to view pornography regularly or to be involved in its distribution.[12]

Pornography changes the habits of the mind, and its use can easily become habitual, leading to desensitization, boredom, distorted views of reality, and an objectification of women (and of men). A greater amount of sexual stimuli becomes necessary to arouse habitual users, leading them to pursue more deviant forms of pornography to fulfill their sexual desires, e.g., watching “depictions of group sex, sadomasochistic practices, and sexual contact with animals.”[13]

Pornography and the Community

The presence of sexually-oriented businesses significantly harms the surrounding community, leading to increases in crime and decreases in property values.[14] Pornography viewing and sexual offense are inextricably linked. There is a connection between the consumption of violent pornography with behavioral aggression and the incidence of rape.[15]

Today's media-saturated society has made it much harder for parents to protect their children from pornography. The growth of digital media and the internet have allowed pornographers to harness technology for their own profits. Studies have shown that individuals who were convicted of the collection and distribution of internet child pornography had also committed an average of over thirteen different child sex abuses.[16]

The main defenses against pornography are close family life, a good marriage, and good relations between parents and children, coupled with deliberate parental monitoring of internet use. Additionally, the research demonstrates that a mother, a father, and children who worship together regularly compose the healthiest kind of family unit. Traditionally, government has kept a tight lid on sexual traffic and businesses, but in matters of pornography, that lid has been loosened substantially, except where child pornography is concerned. FRC calls for aggressive enforcement of all pornography laws. Given the massive, deleterious individual, marital, family, and social effects of pornography, we cannot afford to let the government abdicate its duty to enforce the people's duly-enacted laws.

Prevention and Help For Those in the Pornography/Sex Industry

Cathy Cleaver Ruse is a Senior Fellow for Legal Studies at the Family Research Council. Ruse has also served as legal counsel and program director for the National Law Center for Children and Families, a law firm devoted to strengthening and defending laws against pornography. Reprinted with permission from FRC.org.

[4] Zillman and Bryant, “Pornography's Impact on Sexual Satisfaction,” 438-53; Schneider, “Effects of Cybersex Addiction on the Family,” 31-58; Barbara A. Steffens and Robyn L. Rennie, “The Traumatic Nature of Disclosure for Wives of Sexual Addicts,” Sexual Addiction & Compulsivity 13 (2006): 247-67.

[13] Zillman, “Influence of Unrestrained Access to Erotica,” 41; James B. Weaver III, “The Effects of Pornography Addiction on Families and Communities,” (Testimony presented before the Subcommittee on Science, Technology, and Space of the Senate Committee on Commerce, Science, and Transportation, Washington, D.C., November 18, 2004), 3.

[15] Richard McCleary, “Crime Risk in the Vicinity of a Sexually Oriented Business: A Report to the Centralia City Attorney's Office” (Revised Report, February 28, 2004).