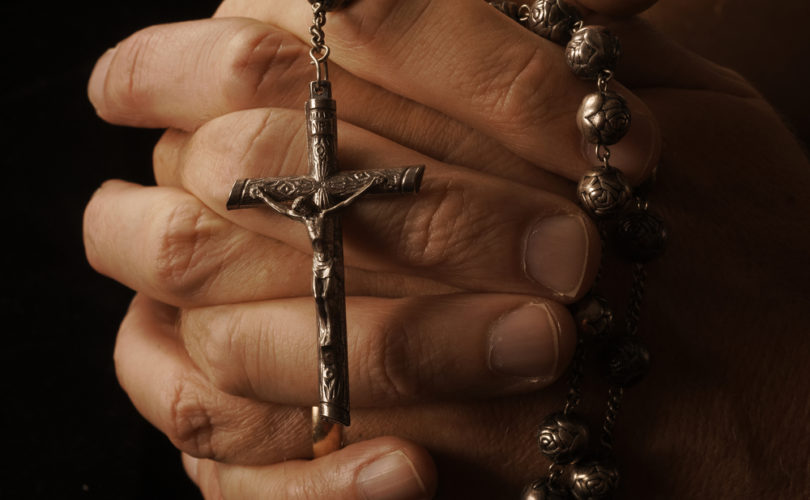 Editor’s Note: The author’s name is a pseudonym for a churchman who prefers to stay anonymous.

November 23, 2015 (LifeSiteNews) — Instead of proclaiming the Faith, the Church seems now to exercise a kind of public pastoral care. Does this serve the purpose of evangelization and the unity of the church? Or is this, rather, a dangerous game?

The Church's shepherds who are considered by the media to be Liberals, emphasize the need for a merciful, “integrating” Church. They respond to the individualism of modernity with their own individuated pastoral care – with a “case-by-case” approach as it has now been presented and finally proposed at the recent Synod of Bishops on Marriage and the Family in Rome. The Magisterium seems not any more to be canonically at the center, but rather man with his individuated biography.

And what about those ecclesiastical shepherds who are considered to be Conservative? For them the Magisterium is not some abstract counterpoise to the distinctively individual man, but, rather, an essential guide to show the trustworthy path – a kind of Divine GPS system, without which pastoral care itself also turns blind.

He who has a more cynical attitude will interpret the Liberals in the following way: “Let us get rid of sin! Let us actually promote relativism and subjectivism, but with the help of a pastoral back door! Let us seek the applause of the world!” But he who is gently benevolent will understand the overall missionary message, as follows: “Let us not exclude anyone. Accompaniment and differentiation are to take precedence, instead of a focus on instruction. The world now especially needs the love of God.” And what about the Conservatives? He who has a cynical attitude, will hear: “The letter of the Law is a protection against the decadent antinomian world!” But he who is faithfully benevolent will hear: “Be loyal to the traditional Faith of the Church! The Church knows – with the help of the Holy Ghost – what man really needs. And that need has never changed.”

Do not all these purported intentions have a justification? Of course. But they concern different facets of fundamental aspects of the Church. For example, liturgy and a socially charitable engagement are different things. Also the Church's pastoral care is something other than a forthright proclamation of the Gospel in the presence of the Mass Media. So what we need are different competencies, with a capacity for trustworthy differentiation. However, it seems that that is exactly what is missing right now, especially when one intermixes and confuses pastoral care and the proclamation of the Faith. Bishops and cardinals have recommended and let it be known that, after the Synod of Bishops, the Church has to “listen and discern and accompany” much more closely. For, it is about an “inclusion,” and about the “art of guiding individual souls.” That is to say, about a merciful pastoral style which is now not only predominant in the final document of the Synod, but also in many other Church statements.

Of course, one should seek a sensible and welcome access to man. Personally, I am glad when a priest in the confessional does not bang the Catechism on my head, but enters sensibly into a greater understanding of my own special, if not unique, situation. But is this private approach also the right approach with regard to, and in the presence of, the Media? What happens when a “case-by-case” perspective dominates the realm of public discourse and communication? Should the talk about the care for the individual properly replace the prior proclamation of the Faith? Does the tension between the disparate approaches of Liberals and Conservatives have to do with essentially the same potential danger, namely the threatening loss of the Gospel's proclamation?

The current processes and ambience of the Media, with their interactive platforms, are a great challenge. The “globalization” of electronic communications changes the process of how the public is being formed and informed. The Church's dealing with this actuality demands reflections different from those who are especially entrusted with individual and local pastoral care. For example, when an admirable pastor who loves mankind says to a homosexual person that he did not want to condemn him, that is a good thing. But when, hypothetically speaking, this same admirable pastor finds himself being interviewed on an airplane and he then says the same thing publicly, his words thereby penetrate into the commercial atmosphere and political realm of the varied interpretations by the Mass Media. Nearly all Western Media companies, moreover, have a secular or atheistic leaning. They easily interpret ecclesiastical themes in a “horizontal” way, which means in a largely political, historical and sociological way – not in a “vertical” way, not referring to or coming from God. The transcendent dimension of a message? To include the unmistakable factor of Original Sin and its inconveniently abiding consequences? No, more important for the Media is the story itself; readers and viewers want a story. “The Church does not judge any more homosexuals.” Yes, that is, indeed, a story. And what is then the next chapter? “The Church changes her moral teaching on sexuality.” And then: “The validity of the Ten Commandments is dependent upon a personal conscientious decision.”

When the public “pastoral speech” is effectively seen to replace the public magisterial speech, that is the kind of sequential presentation of the Church and her practical action by the Mass Media.

But perhaps some Church shepherds do actually understand these connections and proclivities very well. Perhaps they also understand the distinction between communication in the mode of pastoral care and the contrasting, less attentive and less complete communication as it is abbreviated in the Mass Media. Perhaps, such shepherds only fear the Mass Media. They fear the digital mob. They fear a martyrdom in the Circus Maximus of public opinion. It seems better, then, to become a soft, non-judgmental pastor. This, however, can also  lead to a craving for approbation, even from your own captor, as in the “Stockholm Syndrome,” as in one's compliant or acquiescent relation to the press and TV: for it is easier and less stressful to unite yourself with your captor. Or, is it, after all, only about the desire to have a Church that will be especially immune and privileged and acceptable to the majority?

Whatever the causes, the magisterial proclamation right now seems to be stepping into the background somewhat. One does not any more explain what the Church considers to be true and good in every case, or likewise always to be false or intrinsically evil; but, rather, one only explains anymore why each case is significantly different. But what are the consequences of this approach? What does this mean for the doctrinal and moral unity of the Church and of the faithful doctrinally-based unity of pastoral care? And for the faithful witness of Catholic missionary evangelization? Among the faithful, this whole development of shifting accents is already causing confusion as well as indignation; and one can see it now in several countries. And the progressive circles are making use of this absence of a unified and binding proclamation, in order to relativize the Magisterium; and in order to demand an adaptation to the times and to the preponderant culture. This is a dangerous maneuver. It can lead to a schism – first in pastoral care, then in the teaching of doctrine.

What would St. Paul do? In his time long ago, and even on the Areopagus in Athens, he did not speak to the heathens about a pastoral care that does justice to their individual situations and biography. He also did not speak immediately of Christ, but, he spoke, rather, of the pagan culture which was before him and around him. He made it clear that he had seen the gods and the temples in Athens. He showed the people that he understood their own world and their own sincere pieties, as well. He knew that the better he understands them, the better he would likely be understood by them. Without doubt, we too have to make it clear again that we understand the idols and cults of the 21st century: for example, the cults of maximization, hedonism, or technocracy. But we also have to make it clear that we have something much better to offer. Yet, first of all, we have to realize that this cannot be accomplished with public pastoral care; but, rather, we have to represent and present the full and authoritative teaching of the Church – in a way which is vigilantly aware of, and cautiously adapted to, the Modern Media Apparatus, thus neither pandering to it, nor in willing conformity with it. On the premise that the basis of unity is truth, we must be loyal to the Faith, without being condescending, or remote, or in any way delusively anachronistic.