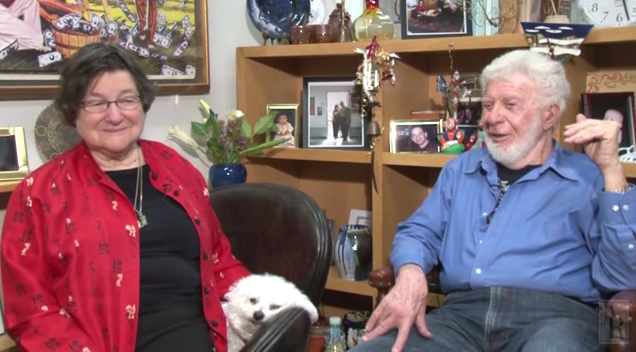 The work of Len and Lee Herzenberg was the first step towards making prenatal testing a reality.

May 6, 2016 (LiveActionNews) — There has been a lot of discussion in the pro-life community about prenatal testing. It’s often blamed for the extraordinarily high rate of abortion among babies diagnosed prenatally with disabilities. It’s become so ubiquitous that parents now file wrongful birth suits for not having the opportunity to abort their children with disabilities. And while it would be impossible to lay blame at the feet of one sole person for this state of affairs, a good place to start would be with Len and Lee Herzenberg. The couple was recently spotlighted in NPR’s “Only Human” podcast series, in “A Birth That Launched The Search For A Down Syndrome Test.”

The Herzenbergs gave birth to their son, Michael, in 1961. He was whisked off to the NICU after he began turning blue, and not long after, doctors diagnosed Michael with Down syndrome. They gave him a few months to live, and then sent Len in to tell his wife. They immediately decided that they did not want their son anymore.

“We hugged each other, and it was a terrible conversation to realize that you’d lost the baby, but the baby was lost,” Lee says now. “We knew immediately what we’d do. We had already made the decision that it was not a good thing to take the baby home, and so we didn’t.”

… Lee and Len Herzenberg had seen friends struggle with the birth of a child with Down syndrome and had even gone with a colleague to an institution, where he dropped off his own infant daughter.

So, they decided Michael would never come home.

But the Herzenbergs were scientists. Len was a professor at Stanford, working in the fields of immunology and genetics. Lee, also a professor of genetics at Stanford, is still running the lab she and her husband founded together at the age of 81. They worked together at Caltech, the Pasteur Institute in Paris, and the National Institutes of Health. Together, they developed the fluorescence-activated flow cytometer, or FACS. FACS was used to diagnose AIDS, and found the first stem cells. But the Herzenbergs wanted to use it to be able to diagnose Down syndrome prenatally… to avoid more babies with Down syndrome being born. So, with a medical student named Diana Bianchi, they set about using FACS to isolate fetal cells in the mother’s bloodstream.

Lee Herzenberg is honest about what she would have done if she’d known early on in her pregnancy that Michael had Down syndrome.

“I’d say if I had the choice of not pushing Michael into this life — if I at that time would know I was carrying a Down syndrome child — I would have aborted the child,” she says. “I see no reason Michael has to live the life he leads. The fact that we’ve made it very happy for him or that he’s made it very happy for us — all of that is adapting to a situation, but I don’t think it’s fair or proper.”

Oddly, while Lee finds it perfectly acceptable to abort a baby because they have a disability, she hates the idea of women using prenatal testing to abort babies because they are girls. How can someone not see the cognitive dissonance there? And Lee’s outlook, that she sees “no reason” that Michael has to live his life, is horrifying. Did she ever bother asking Michael what he thinks of his life? Does she care? Judging by her utter lack of regret for not being involved whatsoever in her son’s life, the answer is no. After all, if she had raised her son, she might not have been able to pioneer research that would lead to prenatal testing that allowed women to have the abortions she missed out on.

I asked Lee if she ever regretted not raising Michael, and she said no. “It was a decision that was selfish, if you like, because we had things we wanted to do. In retrospect, a lot of things would never have gotten done. There would be no FACS had we decided to do this. Because it would have been a very intensive kind of upbringing.”

Now that she can detect Down syndrome so early, she wants to treat it early, too — in the womb. Because finding this chromosomal abnormality at 10 weeks means there’s a window of opportunity: The brain changes associated with Down syndrome don’t occur until a month or so later. Theoretically, you could treat a fetus before some brain changes occur at all.

Bianchi’s work is still early. She’s experimenting with mice, giving them existing drugs in utero to see if she can forestall brain damage.

This is what the purpose of prenatal testing should be. Bianchi’s work could drastically improve the lives of human beings with chromosomal abnormalities. Imagine the possibilities if her research is ultimately successful! It’s just a shame that the Herzenbergs didn’t have a similar outlook. How much good could have they done? And how different could Michael’s life have been?

Lee Herzenberg brushes off her son’s life as not worth living. Even the NPR reporter says that they aren’t sure how much Michael can understand, even though Michael can read and uses a cell phone, and his caretaker says he’s a lot like his mother. Once only given months to live, he’s now 54 years old and lives in a group home. He never lived with the Herzenbergs, because they never wanted to bring him home. But Michael still loves his parents, filling his room with pictures of his mom and dad.

If only more people were willing to embrace that kind of love, the world might be a much better place.