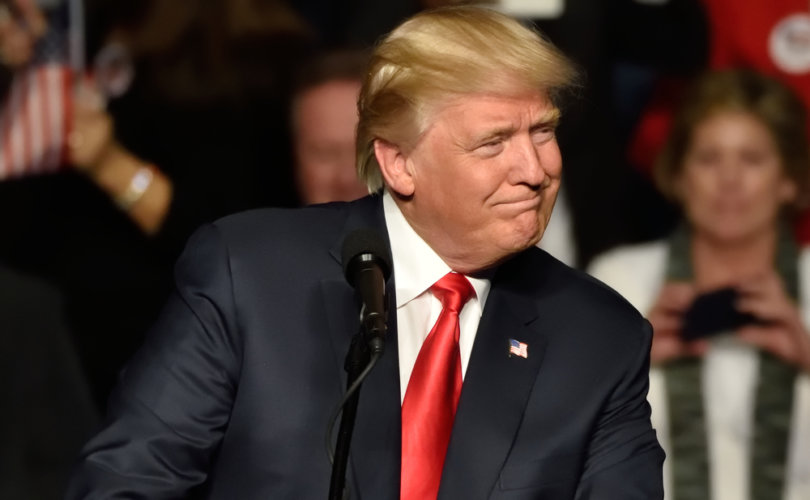 January 12, 2017 (NationalRighttoLifeNews) — If you have 48 minutes, go to YouTube and watch pro-life President-elect Donald Trump spar with reporters at his first formal press conference since he was elected. It no doubt foreshadows what we will see for the next 4-8 years.

Here’s what the President-elect said today when asked about making an appointment to the Supreme Court. (The High Court is currently short one member due to the untimely death of Justice Antonin Scalia.)

I’ll be making the decision on who we will put for justice of the United States Supreme Court, a replacement for the great, great justice Scalia, that will probably be within two weeks of the 20th. … I’ll be making that decision, and it’ll be a decision which I very strongly believe in, I think it’s one of the reasons I got elected, I think the people of this country did not want to see what was happening with the Supreme Court, so I think it was a very, very big decision as to why I was elected.

The importance of the Supreme Court to his victory is hard to exaggerate. As NRL News Today has discussed on numerous occasions [for example, here and here], the electorate knew where Mr. Trump and pro-abortion Hillary Clinton stood on abortion, particularly because of what Mr. Trump said at the third debate and his pledges to the pro-life community, and because the political arms of the Abortion Movement trumpeted Clinton’s absolutist position.

One of the exit poll question asked how important the Supreme Court was in people’s vote. The graph below is startlingly revealing.

56% of those who voted for Trump said it was the most important factor, compared to 41% for Hillary Clinton–a whopping 15 point advantage for Trump.

In addition to pledging to nominate only pro-life justices to the Supreme Court and filling his cabinet and White House staff with pro-lifers, Mr. Trump also vowed to retain the life-saving Hyde Amendment, sign into law the Pain-Capable Unborn Child Protection Act, which would end painful late-term abortions nationwide, defund Planned Parenthood as long as they continue to perform abortions, and reallocate their funding to community health centers that provide comprehensive health care for women.