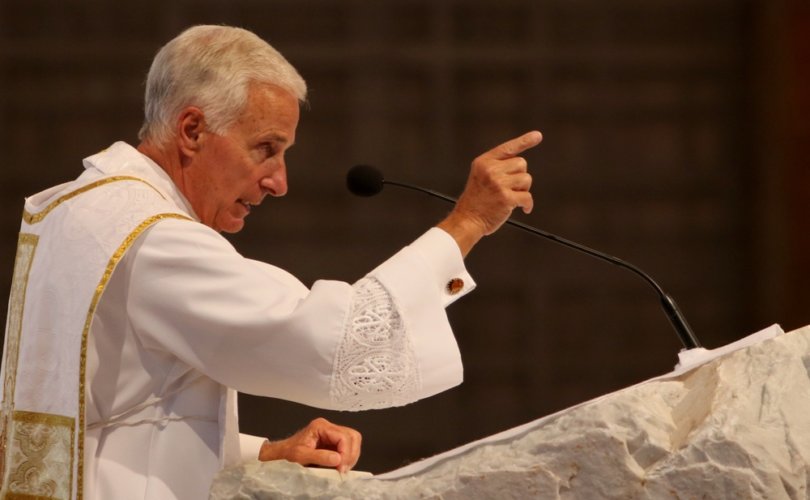 June 9, 2020 (LifeSiteNews) – We were all shocked recently to watch video of a Minneapolis police officer subduing a man by kneeling on his neck. The officer maintained pressure for nearly nine minutes, during which time the man struggled to breathe, and eventually died of what appears to be suffocation.

Since the police officer is white and the restrained suspect black, the charge has been made — emphatically, through protest and subsequent violent rioting — that the officer is a racist acting on his bigoted impulses.

Is he? I don’t know. Only he and God know that, though perhaps some of his fellow officers might be aware of things about him that would suggest an answer, one way or the other.

I don’t believe this is true. As with that officer in Minneapolis, we can’t know individual hearts. But nearly all police forces have minority officers, many in high positions of authority. Quite a few sheriffs and police chiefs are African American.

Is America a racist society? Many people insist that it’s structured in ways that maintain conditions of pervasive, systemic racism. I would argue that our nation is not intrinsically racist, though surely, to some degree racism does exist.

Racism is a sin, and it exists because sin exists. It’s an offense against our fellow human beings who are of different ethnic extractions. And it’s a sin against God, because God made all people in his image and likeness.

President Trump was recently criticized for holding up a Bible in front of a church that was damaged in the rioting. He was said to be using that Bible as a mere prop for a photo opportunity, and that he would do better to read it than to just show it off.

There may be a touch of irony in that criticism, since I’m not sure Bible reading is a favored activity among most of Trump’s critics. But who knows if the President reads it himself?

Nevertheless, both Trump and his critics would certainly do well to read the Bible, because it contains the answers to racism and every other type of sin. Indeed, it contains the solutions to all the problems we have in America. It’s the Word of God, which speaks louder than any man. It takes what is sinful, and makes it right.

America needs to go back to the Bible. We must go back to prayer, and to fasting, and to almsgiving, and to instruction that comes from the Word of God.

In short, we must go back to our faith.

This is a truth we don’t hear in a secularized culture that’s increasingly hostile to religion. Sadly, neither do we hear it often enough from those who are supposed to be our religious leaders.

This is the key to overcoming racism and all other forms of sin. This is the Word of God, which changes hearts, changes minds, changes lives.

God’s Word is, in fact, the basis of the founding documents of our nation — which for all its shortcomings, has made greater progress toward overcoming racism than any other society on Earth.

Pick up that old Bible, dust it off, and read it.