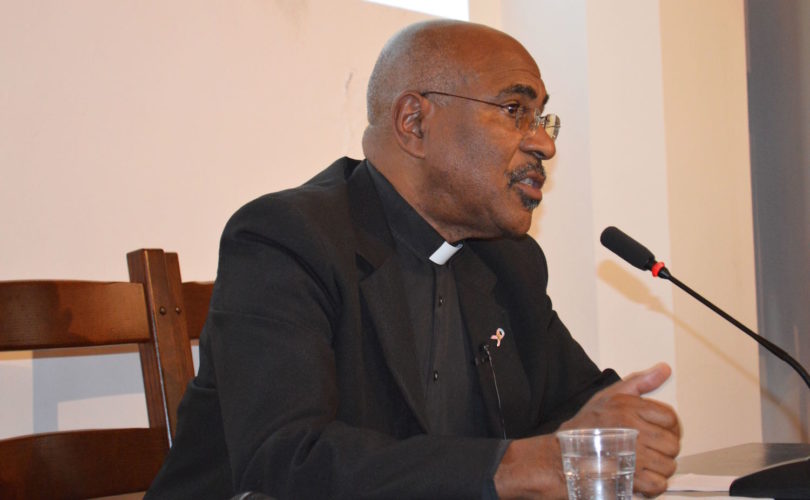 April 20, 2016 (Family Life International NZ) — Pope Francis’ Apostolic Exhortation on the Family, Amoris Laetitia (AL) has been received with very mixed reactions ranging from positive jubilation to that of respectful reservation.  It is a 60,000 word document that will require time, study and prayerful reflection in order to unravel all of its implications.

While the nuances, implications and applications of AL are being unravelled, it seems to me that we ought to remain calm and take the sagacious advice of St Paul of simply following the well established Catholic rule of holding fast to what we have received and always believed.  In practical terms and, indeed, in line with Pope Benedict XVI’s hermeneutic of continuity, this means that AL must be understood and interpreted in light of previous magisterial teachings.

The principal areas where AL has provoked simultaneous reactions of jubilance and reservation are sex education (§§280-285), contraception (§222) and the admission of some civilly remarried divorced Catholics to the sacraments without a commitment to continence when separation is not possible (Chapter 8).

Specifically, AL seems to suggest that the classroom is the main, if not only, place where sex education is to be imparted to children, which, of course, is quite contrary to the Church’s constant teaching that this is the primary responsibility of parents (Familiaris Consortio, The truth and meaning of human sexuality 1995, Gravissimum Educationis, etc). In regard to contraception, the fountain head of much of the contemporary family dysfunction and sexual deviancy, AL only indirectly alludes to it and that without actually mentioning it.  Further, AL not only glosses over of the seriousness of sins against chastity but also gives a strong emphasis to the role of the individual conscience in sexual matters without any corresponding affirmation of the duty of forming one’s conscience in accordance with the Church’s magisterium.  The most controversial issue, however, is the exceptions being made for some of those living in irregular sexual relationship to approach the sacraments without due amendment of life.  Here it seems that AL has departed from the Church’s clear bimillennial teaching as found in Scripture and Tradition, as has been confirmed by numerous popes, including St John Paul II and as is articulated in the Catechism of the Catholic Church and the Code of Canon Law.

These are undoubtedly very difficult times in which we live.  Vatican II’s Dogmatic Constitution Dei Verbum, however, invites to a safe harbour by reminding us that “the Apostles, handing on what they themselves had received, warn the faithful to hold fast to the traditions which they have learned either by word of mouth or by letter (see 2 Thess. 2:15), and to fight in defence of the faith handed on once and for all (see Jude 1:3).  Now what was handed on by the Apostles includes everything which contributes toward the holiness of life and increase in faith of the peoples of God; and so the Church, in her teaching, life and worship, perpetuates and hands on to all generations all that she herself is, all that she believes.” §8  Dei Verbum also affirms that “the task of authentically interpreting the word of God, whether written or handed on, has been entrusted exclusively to the living teaching office of the Church, (the magisterium) whose authority is exercised in the name of Jesus Christ. This teaching office is not above the word of God, but serves it, teaching only what has been handed on, listening to it devoutly, guarding it scrupulously and explaining it faithfully in accord with a divine commission and with the help of the Holy Spirit, it draws from this one deposit of faith everything which it presents for belief as divinely revealed.  §10.

In a prayerful and charitable spirit, let us read, study, discern, interpret and apply, if and where possible the teachings of Amoris Laetitia.

Father Linus Clovis is the spiritual director and chairman of the board for Family Life International NZ. This article is reprinted with permission.

1
Ireland sees 42% more deaths in past two months compared to pre-COVID levels
2
How the US gov’t built a shadow structure that enabled COVID vax ‘bioterrorism’
3
It’s beginning to look like the establishment will throw Zelensky under the bus to save face
4
Top microbiologist alleges Thailand may cancel Pfizer contract after suspected vax injury to princess
5
Denver archbishop refutes Cardinal McElroy’s call for ‘radical inclusion’ of homosexuals, adulterers
Subscribe to Daily Headlines »