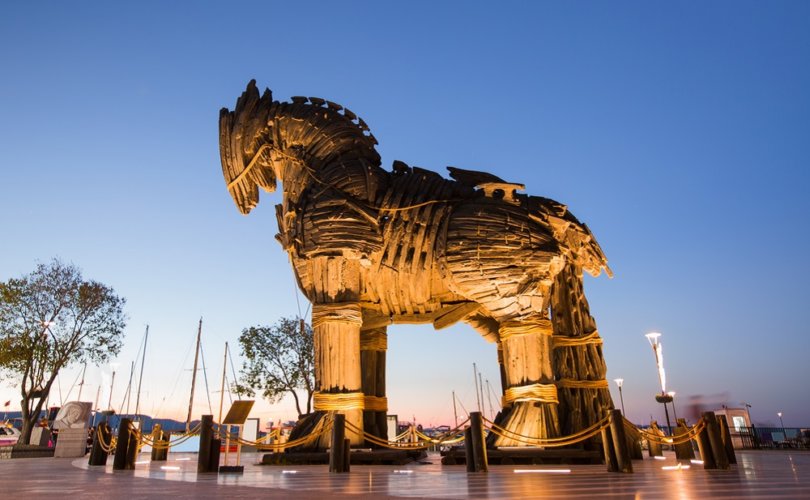 February 14, 2020 (LifeSiteNews) — Amazonia is known for its sometimes fairy tale–like landscape, which is often shrouded in deep fog. What seems romantic at first glance tempts many to start dreaming. But the panorama has a big shadow side. That side is to be found everywhere where the cloudy haze blocks the full light. Missionaries report that deadly dangers are difficult to recognize in this scenery. So the fog often brings a deceptive situation. When it dissolves the whole reality of the Amazon becomes visible.

The region recently received much attention through a document from the Vatican.

Although the title of the text (Querida Amazonia) focuses on Amazonia, it claims to extend its dimensions to the whole world. The river has never been wider. A synod framed with pagan rituals and blasphemous idolatry was to be cast into a document, and the jubilant dance was to be continued.

The first statements were quickly made, most of which — partly out of haste and partly out of wishful thinking — got stuck to the first impression. There were quite a few who did not see the forest for the trees. That is to say, the external number of words and the choice of the words of substance have created an Amazonian fog. To be more precise, there is something in the writing that at first could not be seen at all.

It says in the text: “I will not go into all of the issues treated at length in the Final Document. Nor do I claim to replace that text or to duplicate it” (no. 2).

Thus, after the fog has lifted, it becomes visible: the final document of the synod.

If an author does not wish to replace something, it logically means that he wants to leave it as it is. This intention is reinforced with the following words: “At the same time, I would like to officially present the Final Document, which sets forth the conclusions of the Synod” (no. 3).

Connoisseurs of the scene will pay attention to the latest here. This strategy seems familiar to the one of Amoris Laetitia. The priestly group Communio Veritatis pointed this out (here is an English report on it) at the time with its declaration “To follow the Magisterium – to Overcome the Empty Teaching.” At that time, it was a footnote; today, it is a Trojan horse made of Amazon wood. The procedure is similar.

What agenda does the Final Document of the synod have ready?

We read of “new ways” for the sacramental and ministerial structure of the Church, “especially” with regard to women. Laypeople are to be made “privileged actors.” A person from the congregation could be entrusted with the “responsibility for pastoral work” — on a rotation basis. A “ministry” for the “female leader of a congregation” should be institutionally recognized. Men are also mentioned — married permanent deacons could be admitted to priestly ordination.

Querida Amazonia claims to want to proclaim Christ. But which one is meant? The Eternal Son of God, made Man by the Holy Ghost of the Virgin Mary, who after His sacrificial death on the cross rose victoriously and ascended into Heaven? The only Savior, then, who testified, “No one comes to the Father except through Me” (Jn. 14:6)? Then the signature under the document of Abu Dhabi, which says the pluralistic diversity of religions corresponds to the will of God, would have to be withdrawn even today. In fact, however, this mother of heresies was continued in the Pachamama worship in the Vatican.

So what is the crucial point now?

In the face of the age of false prophecy, in which the perishable lie limps around, it is important not to be caught in the fog, but to preserve the purity of Faith and the clarity of thought.

Father Unterhalt is a pastor of the Archdiocese of Paderborn and is the speaker of the priestly group Communio Veritatis.