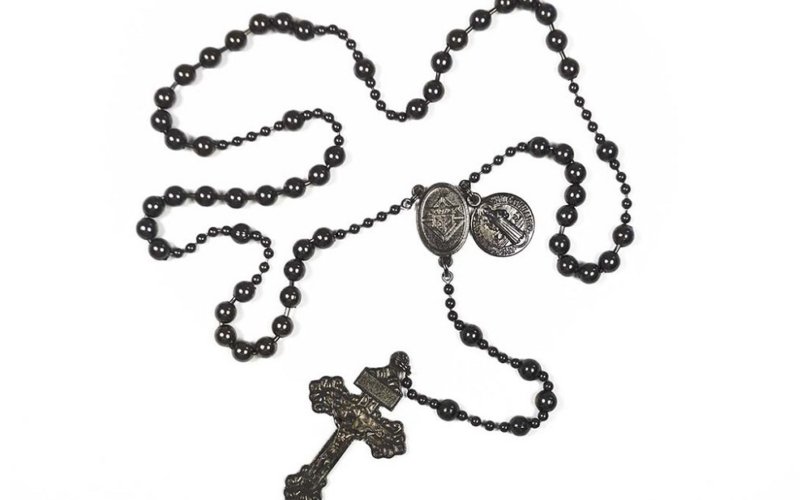 May 23, 2019 (La Nuova Bussola Quotidiana) — The idea of introducing quotas for women [in church positions of influence] triggered quite a variety of reactions across the board. In the United States, for example, any discussions on the “feminisation” of the Catholic Church, meaning the difference between men and women (in terms of presence, participation, and influence) are without exception always to the disadvantage of men.

In the aftermath, a number of books were dedicated to the subject, and two in particular worth noting are The Church Impotent by Leon J. Podles (available for free on the author's website) and Why Men Hate Going to Church by David Murrow. Podles's analysis might lack rigour but he deserves merit for addressing the issue head on in his book. It is also interesting he pinpoints that the heart of virility is found in battle. This gives rise to the questions: is the Church perceived as an army at war? Does it offer men a reason to fight and die? Murrow's thesis shares similarities with Podles's. He identifies man fundamentally as a fighter attracted by courage (the virtue of fortitude) and ready to sacrifice himself for “greatness” (i.e., for something of considerable value).

In 2015, Cardinal Burke was interviewed on the same subject (sparking furious reactions); here is the first part, here the second part, and here the third part of that interview. According to Burke:

The radical feminist movement strongly influenced the Church, leading the Church to constantly address women's issues at the expense of addressing critical issues important to men; the importance of the father, whether in the union of marriage or not; the importance of a father to children; the importance of fatherhood for priests; the critical impact of a manly character; the emphasis on the particular gifts that God gives to men for the good of the whole society. …

Young men and men respond to rigour and precision and excellence. When I was trained to be a server, the training lasted for several weeks and you had to memorise the prayers at the foot of the altar. It was a rigorous and a carefully executed service. All of a sudden, in the wake of Vatican II, the celebration of the liturgy became very sloppy in many places. It became less attractive to young men, for it was slipshod.

The introduction of girl servers also led many boys to abandon altar service. Young boys don't want to do things with girls. It's just natural. The girls were also very good at altar service. So many boys drifted away over time. I want to emphasise that the practice of having exclusively boys as altar servers has nothing to do with inequality of women in the Church.

I think that this has contributed to a loss of priestly vocations. It requires a certain manly discipline to serve as an altar boy in service at the side of priest, and most priests have their first deep experiences of the liturgy as altar boys. If we are not training young men as altar boys, giving them an experience of serving God in the liturgy, we should not be surprised that vocations have fallen dramatically. (….) I have been very struck by the number of young men who were attracted to the Extraordinary Form of the Mass. This is not because the Extraordinary Form is more valid than the Novus Ordo, the Ordinary Form. Men are attracted because the Extraordinary Form is very highly articulated; it demands a man's attention to what's happening.”

The picture that emerges from these extracts clarifies that the matter is far more complex than just the feminisation of the Church. On the one hand, there is a process underway that is cancelling all traces of “masculinity” from the Church. Since the Second Vatican Council, the Church no longer calls the faithful to fight against the world, but to dialogue with it (see the conciliar constitution Gaudium et spes); it seems to have renounced its hierarchy (see Lumen gentium).

Moreover (as Cardinal Burke states), the post-conciliar liturgical reform removed from the Mass all those solemnities, gravities, and severities that are so much akin to virility; and liturgical chants resemble less and less military marches and are more and more melodic or childish songs (at the best of times). Over time, the Church's pastoral work has also abandoned an immense repertoire of military references: the confirmed person is no longer a “soldier of Christ” and during the sacrament, no-longer receives the “alapa militaris,” but a gentle caress. Altar boys are currently prevented from keeping their hands together, a gesture that recalls the ritual of knightly homage. All reference to Christian people as the “Church militant” has disappeared and spiritual life is no longer “combat”. We could continue, but the obvious question that arises from this state of affairs is: if Christian life is no longer “militia super terram“…can it still attract men?

On the other hand, the Church is undergoing a definite process of “feminisation.” Almost everything is being done to put women in the presbytery (which, if you call it that, there must be a reason) and let them act “like a priest,” as has been seen in parishes in Italy and elsewhere. Is there a funeral, and is the priest busy? A woman celebrates it. Is there a line for Communion? Here are the “extraordinary ministers of the Eucharist”, which in the meantime have become ordinary. At the moment, women cannot consecrate, but the problem will soon be circumvented by eliminating the consecration. Finally, there is the combination of the two phenomena, exemplified by what Cardinal Burke says about servers: the alter girls arrive and the altar boys leave (as well as many possible future vocations).

All is not lost though, thank God; someone has finally addressed the problem constructively and put forward an interesting proposal. Father Richard Heilman, a priest from the diocese of Madison (Wisconsin), wondered about the ever increasing distance men are taking from forms of devotion (see here). He found an answer by observing rosary beads and noted that: “Most rosaries looked like female jewels or toys for children.” He set about searching for a manly rosary and in the process made an extraordinary discovery. During the First World War, at the request of its own soldiers, the United States government provided a “rosary for combat” (service rosary). It was composed of brass marbles; sufficiently sturdy for use in extreme situations and with a decidedly virile appearance. It was accompanied by an image of the Madonna and by the Crucifix of the Forgiveness of Saint Pius X, linked to particular indulgences.

Father Heilman decided to reproduce and distribute this rosary again, with the express purpose of drawing men back to devotion. He replaced the Marian medal with the Miraculous Medal and added the Medal of St. Benedict. The result was a real “assault weapon” that no man would be ashamed to hold in his hand: robust, heavy, austere. He even sent 150 of these combat rosaries to the Vatican Swiss Guards. Here is the video in which the commander shows “the most effective weapon on the market” (see from the minute 20:20). Let's hope it is only the beginning of a clearly defined much needed pastoral care for boys, men, husbands and fathers.

This article is translated by Patricia Gooding-Williams and published here with permission from La Nuova Bussola Quotidiana.