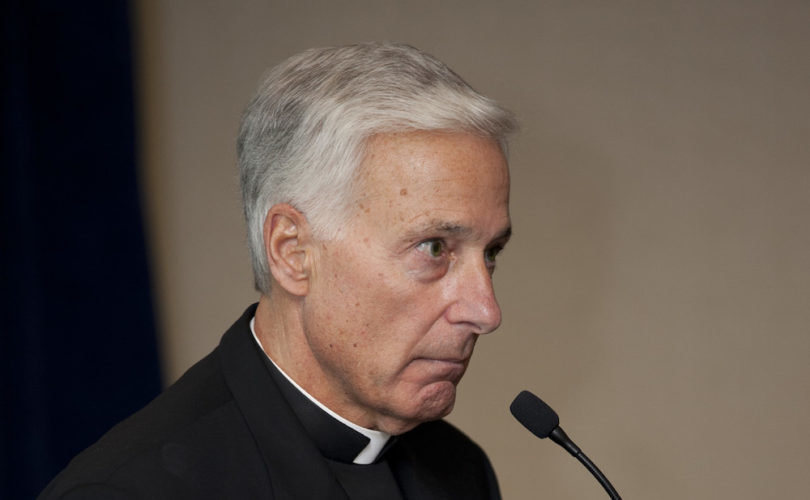 June 13, 2019 (LifeSiteNews) – Amid the great scandal that never ends — that, indeed, seems only to get worse and worse — the tendency among many priests is to put on a smiling face, preach about God’s love, and hope they don’t lose too many parishioners to the Evangelical congregation down the block.

It’s an understandable inclination. The alternative, after all, is facing the grim reality of our Church’s current dilemma. And that can be as depressing to the priest as it is to those who must listen to his homilies.

But of course, this head-in-the-sand attitude is one of the factors that’s allowed the scandal to become as big and disheartening as it is.

What we’re witnessing among our clergy is, essentially, a failure of nerve. It’s a pervasive fear of the criticism you risk whenever you push the prevailing limits of “politically correct” topics and opinions.

And make no mistake — there are “PC” attitudes that exist within the Church — sensitivities as delicate as those found on any “snowflake” university campus.

There’s nothing new about any of this. The Apostles were trembling with fear after the crucifixion, overwhelmed by what had happened in the resurrection, and filled with insecurity when Jesus informed them that he was leaving to be with the Father. How could they find strength within themselves to answer the Lord’s call to “go out to the world and preach the Good News”?

What made it possible was being imbued with the Holy Spirit at Pentecost. And so they preached in every language, overcame insurmountable obstacles, faced martyrdom gladly.

Later, Saul of Tarsus, a persecutor of Christians, encountered the Lord in a vision. The experience changed his life. He too became an Apostle — known as Paul — and endured beatings, imprisonment, shipwreck, and ultimately death to proclaim a message of hope and plant seeds of faith across the Mediterranean World.

He became, as the writer Taylor Caldwell described him in the title of her famous book, a “Great Lion of God.” How many of our Christian leaders today can be described as great lions of God?

There are a few exemplars of courage. It was heartening recently to hear of two bishops taking firm stands on behalf of right.

Bishop Thomas Paprocki of Springfield, told Illinois legislators in his diocese that they cannot be admitted to receive Holy Communion without first confessing the sin of having voted for one of the most expansively pro-abortion laws in the country. A pair of key Illinois political figures, State Senate President John Cullerton and Speaker of the House Michael J. Madigan, he barred from communion outright.

On top of that, Bishop Paprocki has ordered that so-called same-sex weddings cannot be performed by Catholic clergy or held in any Church facilities. He’s even denying funeral rites for people who have been involved in those relationships and not repented.

In addition, Bishop Thomas Tobin of Providence, Rhode Island, warned Catholics about participating in any of the marches celebrating what’s now called “Gay Pride Month.” He pointed out that these activities promote practices and styles of living that are immoral and contradict Church teaching.

Pray that these two good bishops remain strong in their resistance to the many harsh criticisms — including charges of “sexism” and “homophobia” (Horrors! Nobody wants to be called those things!) — currently being heaped upon them.

I remember how, when I was a kid, boys and girl receiving the Sacrament of Confirmation were told that we were to be “soldiers for Christ,” commissioned in the Lord’s army. There would be battles ahead, but we were strengthened to fight by the gifts of the Holy Spirit:

We even had a song that expressed our mission:

An army of youth

Flying the standards of truth

Fighting for Christ the Lord…

I recalled that song last week when we were celebrating Pentecost. The words help to give me courage when I feel a little shaky in the face of the great conflicts we face as Catholics today.

In fact, I even led my congregation in singing it. Some people were amused at that rather unconventional conclusion to the week’s homily. But I think they were fortified at the same time.

Even if we can no longer revel in our youth, we’re still called upon to fly the standards of truth. Because we’re all fighting for Christ the Lord.