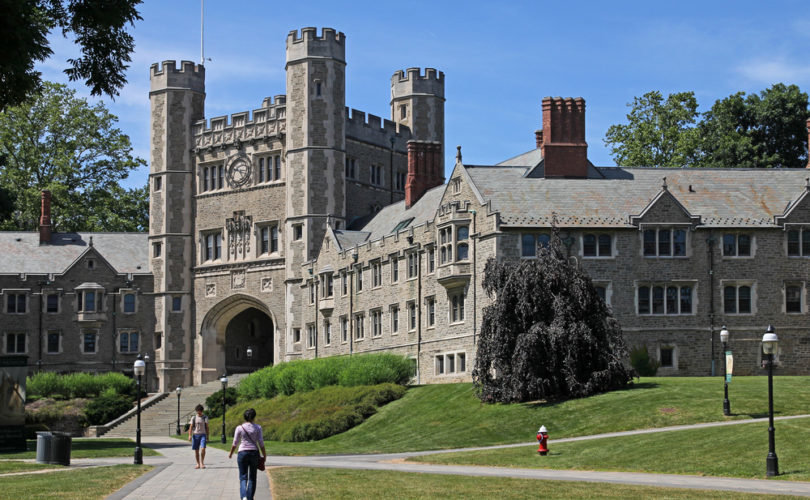 June 18, 2015 (National Review) — In recent days, we have seen college professors forced out of their positions over relatively minor infractions of politically correct dogma.

But Peter Singer says all human beings should not be treated equally, indeed that some among us can be killed–and for that kind of pernicious advocacy, Princeton is all for academic freedom.

That was the university’s response to the call by disability rights activists that Singer resign. From the Aleteia story:

Protestors from Not Dead Yet Pennsylvania and New Jersey centers for independent living, as well as groups representing parents of persons with disabilities, held a rally on the Princeton campus June 10, calling on the Ivy League school to address what they describe as Singer’s “hate speech” toward disabled people.

“Since about 1980, Singer has promoted public policy that would legalize the killing of disabled infants in the first month of life,” said Stephen Drake, Not Dead Yet’s research analyst and expert on Singer. “More recently, he has expanded his position in the context of health care rationing.”…

“We understand the importance of academic freedom,” said Alan Holdsworth of Not Dead Yet Pennsylvania. “But Princeton has a policy on ‘Respect for Others’ which ‘deplores expressions of hatred directed against any individual or group.’ If Singer’s comments about killing disabled babies don’t qualify as hatred toward a group, then I don’t know what does.”

One can speak in a soft-voiced passive lexicon, with a charming Aussie accent, and still be spouting hatred.

Princeton issued a statement saying it is “strongly committed to ensuring the academic freedom of members of its community and to ensuring that the campus is open to a wide variety of views.”

Right. But we all know the kinds of views Princeton would not protect.

I spoke at Princeton shortly after Singer received his prestigious appointment–offered by Princeton because he thinks some humans are killable and usable in experimentation based on supposed non-personhood, not in spite of it. I got very angry as I spoke and went off script–saying that bringing Singer to Princeton was like bringing David Duke–as anyone watching the video embedded above will see.

During the Q and A (not shown in the video), a quite famous conservative professor chastised me, saying he believed in academic freedom. I asked him whether Princeton would ever hire the Nobel Laureate, the great physicist Dr. William Shockley–regardless of his scientific credentials–since the man was an outspoken racist. The professor admitted, no, it wouldn’t.

So, why should Singer be treated differently than a racist?

Here’s the difference: Racism–thank goodness–is now forbidden territory. But oppressing the most weak and vulnerable humans–e.g., personhood theory, where value is individually measured based on cognitive capacity–is deemed respectable. In fact, it is all the rage in academic bioethics.

That is why Singer was brought to Princeton and given a respected tenured chair in bioethics, despite not having an academic Ph.D.

And that is also why he will never be asked to leave.