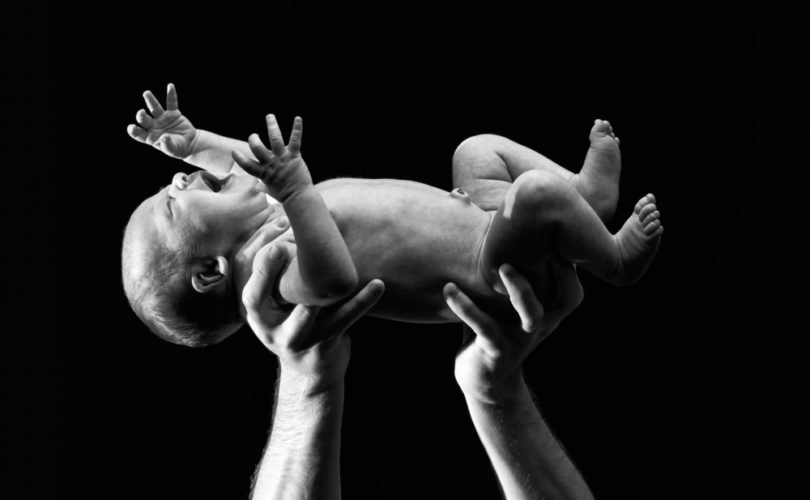 The shocking fact that Woodberry can witness the gruesome deaths of human beings and show virtually no emotion is entirely disturbing.Shutterstock

Margaret A. Woodbury, a writer for Salon magazine, describes two abortions that she witnessed in an abortion clinic. The first abortion was done on a woman who was 23 weeks pregnant. It was a “partial-birth” abortion, which is now illegal.

This was the most difficult procedure to watch, mostly because of the pain experienced by the least sedated of the women. As the doctor, with a resident by his side, slid most of his hand deep into the patient’s vagina, she moaned horribly and could not remain still. Only when the anesthesiologist administered a drug to increase her sedation could things proceed.

The doctor, using only his fingers, pulled a foot into view and then another. “OK,” he said, “now I have the sacrum.” Letting the resident take over, the doctor instructed: “Pull down. Down! Not Up! Down! All right, now the shoulder, then twist. Then the other shoulder.”

At this point, only a few minutes had passed. The fetus was perfectly limp, its tiny feet and hands flaccid as they immediately darkened from oxygen depletion. In the three intact D&X procedures I witnessed, not once did I see even a glimmer of response from the fetuses — the anesthesia having passed through the placenta into their bloodstreams. (1)

Actually, the theory that anesthesia given to the mother provides pain relief to the fetus has been debunked.

Drugs administered to the mother, either local anesthesia administered in the paracervical area or sedatives/analgesics administered intramuscularly or intravenously, will provide little-to-no analgesia [pain relief] to the fetus.(2)

A more likely possibility was that the baby was given an injection to kill him or her before the abortion, as is sometimes done in late-term abortions.

Once the entire fetal body was out of the womb, the doctor quickly made an incision into the base of the skull that remained lodged against the woman’s cervix and inserted a suction catheter into the perforation to drain the brain matter and allow the full removal of the fetus. The placenta came next and the doctors finished suctioning the uterus to drain any remaining blood.

Woodbury then describes one of the D&E (Dilation and Evacuation) abortions that she witnessed. These abortions are still legal and are the most commonly used procedure in the 2nd trimester. They are performed by dismembering the baby:

Both D&E procedures I observed started in exactly the same manner as the three abortions earlier in the day, but the doctor in these cases quickly determined that intact extraction would not be possible because neither woman’s cervix was dilated enough. Once that decision was made, the resident inserted a long-handled metal instrument into the woman’s uterus — called a Bierer forcep — and began what the doctor called “blind” pulling. I watched as the doctor instructed the resident to “Stop and feel where you are! Put your hand on the abdomen. No, you’re not getting it! Watch out! Don’t get the cervix.”

Time after time, the resident plunged the Bierer into the woman’s womb, removing a leg, then an arm, then the liver, then the placenta, which the doctor ranted about, because this can make the fetal head extraction more difficult. The last step that I saw was the collapse of the skull and the removal of the brain matter.

Below is a diagram of a D&E abortion like the one Woodberry describes:

At first, Woodberry denies that she was emotionally affected by witnessing the abortions:

… even as one foot was pulled off, I could see no response, no reflexive spasm, nothing. …There was no discernable response by the fetus. And in the operating room there was no emotional one from me.

But later, she says:

Seeing a potential human collapsed and torn in a dish was disturbing; watching a very human woman, knowing she would be the one to carry the wounds, hurt too.

Woodberry has been almost completely successful at hardening herself to the plight of the unborn children she has just watched being killed before her eyes. She tells herself that these babies, even though they are fully developed, are only “potential humans.”

She watches their arms and legs torn off, their skulls crushed, and their bodies thrown into a pan to be discarded like trash. Somehow, her pro-choice belief that an unborn baby is subhuman insulates her from the horror that she is seeing. I’m reminded of concentration camp guards, witnessing the gassing of Jews and handling their bodies, all the while maintaining that the Jewish people they are killing are subhuman.

It is interesting to note that Woodberry mentions that the woman will carry “wounds” after her abortion. Could it be that the author knows that women suffer emotionally after their abortions? If so, why does the removal of a mere “potential human” bother them?

After describing the abortions, Woodberry says:

Back in his office, the doctor demonstrated how powerful a grip can be used with the Bierer forceps. He clamped them down on a surgical scrub gown I held in my hands. “Pull,” he instructed. I pulled. “Really, really pull!” he yelled. I really, really pulled. The only way to break the bond between forceps and cloth was to tear the cloth; I inwardly winced as I realized that in the operating room the cloth could be a uterine wall, and with one misplaced pull by the forceps, a perforation could occur.

She does not, however, wince about how the pull of the forceps could rip a leg or arm off the baby.

The article goes on to quote the abortionist:

“This is why I hate overuse of forceps,” the doctor commented. “Things tear.” Rubbing a hand across his forehead, the doctor looked straight at me: “There are only two kinds of doctors who have never perforated a uterus,” he added, “those that lie and those who don’t do abortions.”’

I guess this means that abortion is not the safe and simple procedure pro-choicers would have you believe.

Woodberry’s article is disturbing on so many levels. First of all, there’s the horror of abortion procedures, one of which is still legal and performed hundreds of times each day in the U.S. The shocking fact that Woodberry can witness the gruesome deaths of human beings and show virtually no emotion is entirely disturbing. There’s also the fact that the pro-choice denial of reality can be so strong. The description of how strong the forceps are, showing what they do to unborn babies and could do to a mother’s uterus is horrifying. And, finally, the abortionist’s admission of how common abortion injuries are should impact all of us.

Though written from a pro-choice perspective, this article powerfully illustrates the pro-life case.