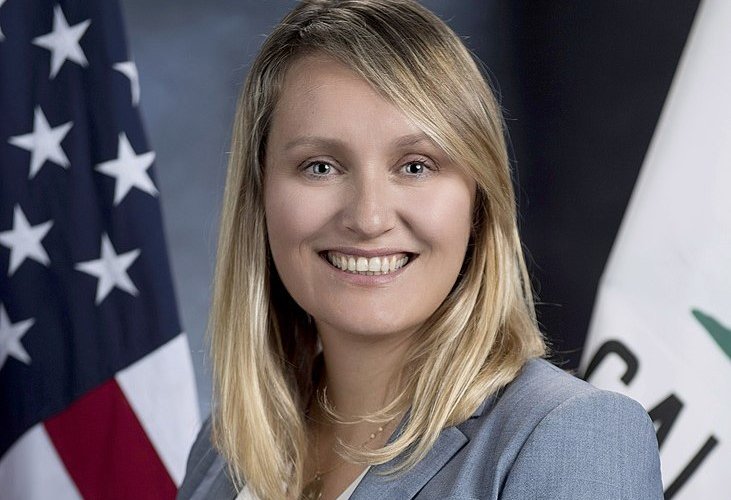 California Assemblywoman Buffy Wicks is the primary sponsor of a bill that would allow abortion in the state up until the moment of birth.wikimedia

(LifeSiteNews)  With so many leftists in positions of power in the United States, one wonders: what is their approach to solving the problems in our country?

If recent history is any indicator, it’s certainly not by taking swift action to fix it, and it almost never involves addressing the problem, or even admitting that a problem exists in the first place.

More recently, though, the left’s solution to most every problem they invariably cause seems to concern redefining things, events, and even people – from vaccines to recessions and even women – in order to craft a new narrative entirely, build fake strawmen, and advance their warped agenda no matter what the cost.

What may be most concerning, though, about this knee-jerk propensity to change definitions in the name of political expediency are the attempts to completely reinvent the public’s perception of life – when it begins, when it’s “viable,” and, most alarmingly, who among us is (and isn’t) worthy of living it.

This common practice has become more amplified since the Supreme Court formally issued its ruling in the landmark case Dobbs v. Jackson, which saw the bench overturn Roe v. Wade – which led to the killing of more than 60 million unborn babies since 1973 – in June, and returned the issue of abortion, for which there never existed a constitutional right, back to the states, where it always belonged.

As a result, distraught politicians and Handmaid’s Tale-clad SJWs have responded to their reduced capacity to procure the dismemberment of children at will accordingly, marking the occasion with everything from calls to expand the Supreme Court to disrupting church services and vandalizing crisis pregnancy centers.

Five states have since outlawed abortion outright, with that number set to expand as the Republican-dominated West Virginia Senate appears set to send its own ban to the governor’s desk within what could be a mere matter of days. Likewise, as many as 20 other states, due to the coming enforcement of on-the-book trigger laws or simply their red-leaning political slant, have been identified as likely to either fully ban or significantly restrict abortion in the near future, as well.

A considerably smaller number of states, however, have taken a different approach since the demise of Roe, instead working overtime to further enshrine abortion into their respective codes of law and, more significantly, their cultures.

As far as that goes, it’s a lineup composed, not unexpectedly, of the usual suspects: New York, New Jersey, Illinois, and the like. But one state in particular has taken its obsession with abortion and legislative depravity on the subject to new heights, or, perhaps more appropriately, depths.

In its latest effort to shield the fading abortion industry from extinction, California lawmakers are pushing legislation that seeks to not only further normalize the idea of aborting a child in the state by eliminating any possibility for its limitation or any legal action that could result from certain cases, but also swings the door wide open decriminalizing the act of denying children born alive the medical care and attention they would need to survive.

Assembly Bill 2223 was first approved by the California General Assembly on May 26th – nearly one full month before Supreme Court justices reversed Roe but just weeks after an early draft of the decision was leaked to Politico.

Deceptively titled “Reproductive Health” (in keeping with Democrats’ discernably Orwellian redefinition strategy), the original text of the bill would have removed any and all legal penalties for individuals who violate abortion “health and safety standards,” as set by preexisting state law, upon performing the procedure on a woman at any given stage of her pregnancy – including and up until the moment of birth.

These protections would have extended to both medical professionals and expectant mothers for any charges relating to “actions or omissions with respect to their pregnancy or actual, potential, or alleged pregnancy outcome.”

Per the bill’s text, those outcomes could consist of “miscarriage, stillbirth, or abortion, or perinatal death due to a pregnancy-related cause,” effectively greenlighting the act of infanticide, or the murder of newborns up until approximately one month after birth (the “perinatal” period), and medical neglect of “unwanted” children.

Of course, this brazenly demonic concept drew immediate, intense backlash, and drew thousands of pro-life demonstrators to Sacramento to protest the legislation on April 20th.

As a result, Assembly Bill 2223 was amended to tone down its language protecting those who commit infanticide in the name of political expediency, but, even so, the concerned language was only changed slightly, from “perinatal death due to a pregnancy-related cause” to “perinatal death due to causes that occurred in utero” – still effectively crippling law enforcement’s ability to investigate suspected cases of post-birth medical neglect resulting in death, most often in cases where an abortion was attempted while the child was still in utero.

This change, which subsequently saw the bill advance through the lower chamber of the California State Legislature just days later, confirmed two things:

(1) That, for all the bluster (much of it from radicals like the proposal’s primary sponsor, Assemblywoman Buffy Wicks) about how pro-life activists and organizations were spreading “misinformation” about its applications, its original text of the bill did, in fact, decriminalize infanticide; and (2) that, even with this amendment, pro-abortion legislators in California are still shamelessly moving forward with a policy that will provide legal protection to those who fail or refuse to provide medical care to babies born alive but injured due to a failed abortion attempt.

In other words, Assembly Bill 2223, even in its amended form, would still allow for certain forms of infanticide to go uninvestigated, unprosecuted, and unpunished in the state of California – solidifying the Golden State’s status as anything but for the most defenseless among us.

The bill is currently in the California State Senate, where, with a Democrat supermajority of 31-9, it is more than likely to be sent to Gov. Gavin Newsom’s desk for final approval before the end of the current legislative session on August 31.

In doing so, California will set a once-unthinkable precedent for states seeking to double down on their support for abortion in the post-Roe era, be it through the promotion of abortion tourism, the removal of any restriction of the practice based on fetal development, outside-the-womb viability, or pain threshold, or even, as we now know falls under the umbrella of “choice,” the post-birth murder of children who survive a botched abortion.

A chilling reminder that – even in a Roe-free America – those whose worldview remains diametrically opposed to the protection of innocent life will stop at nothing to preserve the culture of death that’s served their agenda so well for long, and that even the physical act of birth, itself, is not enough to convey life in their increasingly unfocused, willfully blind eyes.