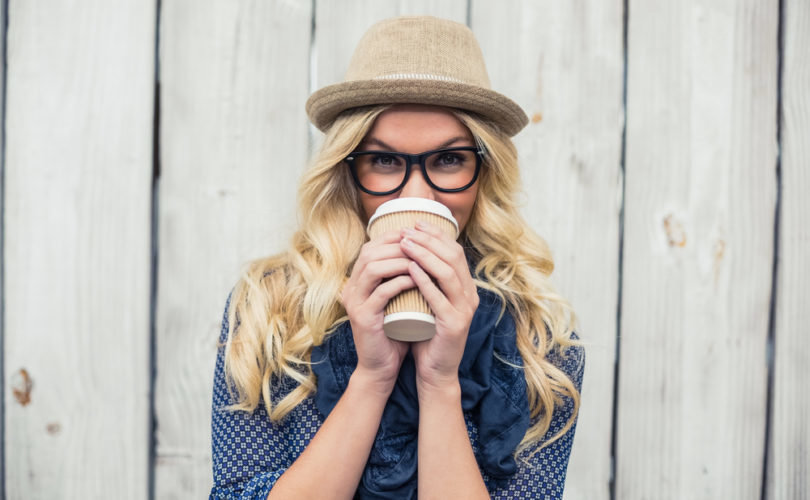 February 27, 2013 (LiveActionNews.org) – If you are against abortion, you are expected to take all sorts of other positions that have nothing to do with abortion, or risk being called a hypocrite. You’re supposed to be against capital punishment, a total pacifist who abhors firearms and violence of any kind. You’re supposed to want a welfare state, or you don’t care about women and children.

But the hypocrisy of abortion advocates will blow your McMind.

Let me take you on a journey into the heart of crazy: I had surgery last week to make my ovaries less problematic. As I’ve mentioned, my husband and I are trying to conceive, and we’re going to need at least a little help from big, bad Western medicine to make that happen. I have a condition called polycystic ovary syndrome, or PCOS, which is the leading cause of infertility in women. It’s also very treatable, but treatment isn’t always successful.

In other words, it kinda sucks. So while I was recovering from surgery, I joined an online support group. I don’t post much so far, but I read a lot. It helps to know that other women are going through the same things.

But as is often the case with internet forums, people sometimes get off on a tangent about various aspects of pregnancy, birth, and parenting, and even, occasionally, abortion. And some of those people make me want to throw my computer across the room.

On this particular thread in which the issue of abortion came up, the women who were the most fervently pro-choice were the ones who are also strictly and vocally anti-bottle, anti-epidural, and anti-hospital birth.

Unless you have read blogs or participated in forums where people talk about “mommy” stuff, you wouldn’t believe how cruel women can be to each other. There were three women in particular on this forum who jump on any chance to insinuate that a mother who didn’t have a natural home birth, practice “attachment parenting,” and breastfeed exclusively was basically guilty of child abuse. “It honestly makes me question how much love a mother has for her baby,” said one of these women in a post about sleep-training that made my brain hurt.

That’s right, ladies: if you train your baby to sleep alone on a schedule, it’s not because you are going to punch yourself if you don’t get some sleep. It’s because you don’t love your baby. Boom. Bet you didn’t know that.

These same three women were the most vocally pro-choice on the thread that turned to the issue of abortion. See, they are from a place called Crazy Land, where feeding your baby with a bottle is child abuse, but killing your baby before she’s born is “a woman’s choice.”

And it’s not just these three. I had a friend years ago who had an  abortion because she’d decided she didn’t love her husband and therefore didn’t want his babies. But her older daughter from a previous relationship had been breastfed, and she felt that anyone who didn’t breastfeed didn’t truly love her child.

I have one or two acquaintances who are seriously earnest ”crunchy moms.” They believe in baby-wearing. They believe that not only “breast is best,” but breast is essential. They believe in co-sleeping, organic homemade baby food, eating their own placentas, cloth diapers, and all-natural, drug-free, midwife-and-doula-assisted at-home water-hypno-birth. Formula is evil, Gerber is evil, epidurals are really evil, vaccines are maybe the devil…

And abortion is fine.

Of course, not all “crunchy moms” are pro-choice. Some of them are great, super-cool pro-life people. In fact, I think things like breastfeeding and cloth diapering and baby-wearing are fantastic. But the women who are both anti-choice about certain aspects of parenting and totally pro-choice on abortion… How does that work?

If you want to give birth in a tub in front of your fireplace with your vegan boyfriend cradling you and your priestess waving burning sage around and your doula reciting Sylvia Plath poems, get after it, girl. But how are you gonna give people dirty looks for feeding their baby with a bottle (I have seen this; head-shaking and eye-rolling included) because they obviously don’t care about their baby, and then turn around and support the right of any mother anywhere to kill her baby before it’s born for any reason whatsoever?

Epidurals, formula feeding, sleep-training: these are all choices that many women make for their babies for various reasons. They are most decidedly not forms of child abuse.

Abortion, on the other hand, is the ultimate form of child abuse.

Sometimes I get the feeling I live in Bizarro World. I’m supposed to be pro-choice on abortion but have nothing but disdain for baby formula. I’m supposed to feel that the partial-birth abortion ban is dangerous anti-woman legislation but cry at the Sarah McLachlan commercial with the wounded puppies.

Somebody beam me up.