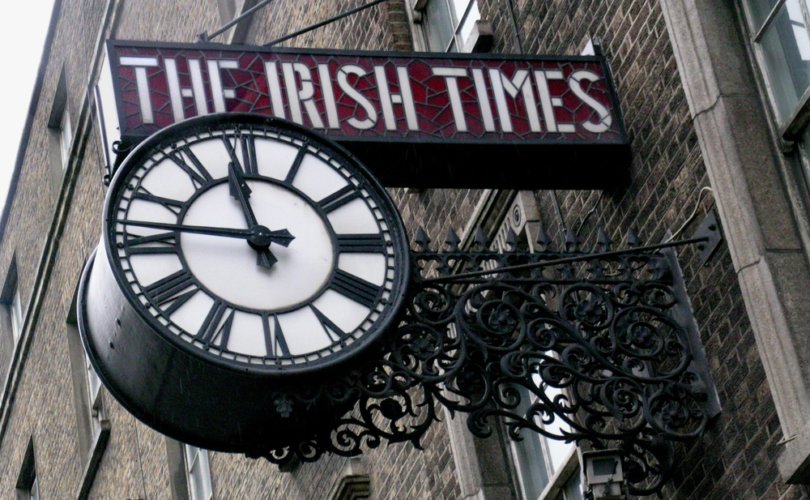 January 23, 2019 (LifeSiteNews) – “The first week of abortion services in Ireland will not go down as a model of good organisation, clear communication and open disclosure.” This was the verdict of The Irish Times on the recent introduction of a new liberal abortion regime into Ireland.

The new regime is only weeks old – longer living than those whose lives it is designed to extinguish – but is already beset with all kinds of difficulties. This is to be expected when a piece of legislation is rushed through parliament.

In this regard, matters were made worse by the liberal virtue-signaling of Minister of Health, Simon Harris, a man who appears to be reminiscent of a rabbit caught in headlights. His pro-abortion mantras may play well to the pro-abortion feminist audience he craves and for which they were designed, but they have managed to do little to bring about his much-cherished dream of everywhere and always-available abortion for the Irish unborn.

Even the pro-abortion Irish Times can’t avoid drawing the obvious conclusion: “Minister for Health Simon Harris’ decision to introduce terminations of pregnancy on January 1st has all the hallmarks of an exercise in political box-ticking.” The newspaper goes on to ask: “Why January 1st, just days after legislation passed in the Oireachtas (Irish Houses of Parliament) to give effect to the change in abortion law? When even pro-choice doctors have said they are woefully prepared to provide the service?”

Why indeed? Perhaps 1 January, the feast day of the Mother of God, has a special significance for pro-abortionists? Or was it that the killing just had to start in Christmastide to fit with the feast of the Slaughter of the Innocents?

Harris was hoping for eight of the state’s 19 maternity units to be able to perform abortions from the start of the year. Commentators who support the new legislation suspect that the numbers now operating are much fewer but that Harris is refusing to say as much.

But then, with regard to Ireland’s “progressive” shift on abortion, the devil was always going to be in the detail.

Take, for example, the actual figures of Irish GPs willing to participate in the killing machine of state-sanctioned abortion. To quote The Irish Times once more: “In the community, just 3 percent of GPs have so far agreed to take referrals from the MyOptions helpline, and none at all in four counties. … Some GPs received training last December 21st – for one day. There is no clinical lead for the service, because the closing date for applications was that same day.”

The newspaper goes on to add: “The legislation hasn’t even been published yet online in the normal manner on the Attorney General’s website and so is not clearly available as guidance for doctors. Meanwhile, there was little consultation about the guidelines for the service which, again, were distributed to doctors (but was not published) days before the service went live.”

This is more than just a lack of clinical guidance. For doctors to practice medicine, they must do so within the legal framework prescribed by the civil authorities. If medical professionals are unclear of this framework, especially in the case of abortion, then they could easily end up in a criminal court.

Take the case of abortions on Irish girls age 15 and younger. The Irish government allows this to occur without the involvement of a parent “in exceptional circumstances.” As yet, the Irish health authorities have yet to define what those exceptional circumstances are and, more important, who makes the decision that the circumstances fulfill the criteria. No doctor – however pro-abortion – will feel comfortable acting in such a legal vacuum.

And if this legislative mess was not bad enough, The Irish Times reported still further: “The Medical Council’s ethical guidelines have not yet been updated. The Irish College of General Practitioners’ consultations on the service are the subject of internal dispute.”

In light of all this, looking at a picture of the “progressive” pro-abortion Irish Prime Minister and Minister of Health, they call to mind another pair, albeit not politicians but comedians: Laurel and Hardy.

All of this might give pro-lifers hopes for a change of heart even yet if one had an Irish political class that wasn’t so ideologically driven to start killing the unborn, no matter the cost or who pays.

Now, come to think of it, that is no laughing matter.