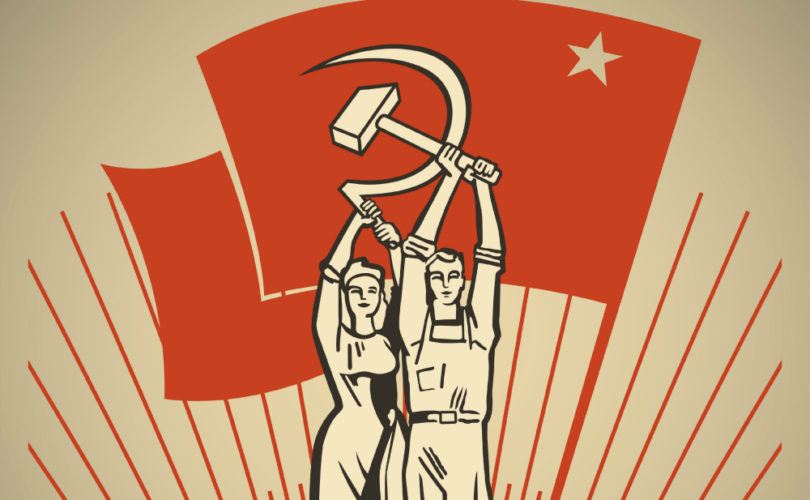 December 19, 2018 (Radiance Foundation) – The Washington Post is lamenting the evil Russians again. Don't get me wrong. I'm no fan of a nation that has had one of the most brutal dictatorial regimes in human history.

But sometimes evil is a lot closer than you think.

The Washington Post is invoking a report from a foreign source, Oxford University and Graphika (whose name looks a little Russiany but is, in fact, NYC-based), claiming Russia's Internet Research Agency's use of social media from 2012-2018 was nefarious. Their “goal was to manipulate identity politics to tear America apart.”

Wait. Isn't that what the Democrat Party and liberal journalists do every single day? You want to talk about bad actors meddling in U.S. elections, look no further than our inarguably leftist news media.  They thrive on identity politics, hyper-partisan opinions masquerading as “news”, and target every community (not just African-Americans like me) with #fakenews.

Overall, look at how they report on abortion, illegal immigration, homosexuality, global warming global cooling climate change, and terrorism. Are they honest? Nope. Are they partisan? Absolutely. Propaganda is daily spread to the public by a #fakenews establishment that doesn't even try to be objective.

Here are a few facts WaPo didn't bother to mention about the report that was co-produced by Oxford University's Internet Institute (Computational Propaganda Project). This is the same group that just launched their “Junk News Aggregator”, which identifies “news publications that present verifiably false content as factual news” and “commentary as news.” Uhhh, isn't this mainstream media? This so-called aggregator lists the offending sources that spread their “junk news” via Facebook, and lo and behold, all but two of them are conservative news sources including Breitbart, Rush Limbaugh, Ben Shapiro's Daily Wire, The Federalist, LifeNews.com, Daily Caller, Twitchy, HotAir, CNS News and many more. No MSNBC. No CNN. No Mother Jones. No Daily Kos. No Salon or Slate. No BuzzFeed. Apparently, the liberal Raw Story and Share Blue must've gotten on somebody's bad side at Oxford. They are the only liberal sources included. So, forgive me if I question the role of Oxford University's Computational Propaganda Project which unquestionably projects its own propaganda when it comes to the news. Notice, too, they don't actually identify any content that is false. Accusations are easier than accuracy.

The other organization mentioned as co-producer of this Russia-exploited-Facebook report is Graphika. Its founder and CEO, John Kelly, studied at Oxford's Internet Institute and is a part of Harvard University's Berkman Klein Center for Internet and Society (BKCIS). The co-author of the report, Camille Francois, is also an affiliate of BKCIS which published a report in August 2017 entitled: “Partisanship, Propaganda, and Disinformation: Online Media and 2016 U.S. Presidential Election.” It defends mainstream media as accurate and others as “fringe”, “hyper-partisan”, “polarizing” and “paranoid”. It highlights the major influence of Breitbart, for instance, stating: “Breitbart emerges as the nexus of conservative media…the rising prominence of Breitbart along with relatively new outlets such as the Daily Caller marks a significant reshaping of the conservative media landscape over the past several years.” Perhaps that's why those are the only two sources listed (99.9% of the time) as “junk news” by Oxford in their weekly hit list. You can select a 'month' view and you'll find 200 listings each from the aforementioned conservative news sites and only two – just two – leftist news sources.

Sounds more like Pravda-like propaganda. But hey, it's Oxford, Harvard and the Washington Post – it has to be true. Besides, Harvard's BKCIS says that traditional media has “The institutional commitment to impartiality”…excuse me while I laugh just a little…and that they have “accountability mechanisms – for example, fact-checking sites, media watchdog groups, and cross-media criticism.” Must be satire.

So, WaPo is concerned about the IRA's impact on America's black voters? They weren't concerned when the nation's leading abortion chain declared on social media (with all the junk science they could muster): “If you're a Black woman in America, it's safer to have an abortion than to carry a pregnancy to term or give birth.” Abortion is the ultimate and most violent form of voter suppression. Imagine if the RNC tweeted those words. Or the GOP. We'd hear no end of the cries of “white supremacy” and “racism” from SJWs, BLM and the NAACP. Killing future voters is clearly not an issue for the Left. The NAACP continually partners with and defends Planned Parenthood. They even sued us, and lost, for calling them what they've become: The National Association for the Abortion of Colored People.

But the NAACP is now boycotting Facebook (#LogOutFacebook), claiming that “users of color have a right to be protected from propaganda and misinformation.” First of all, we're all users of color. Secondly, is the NAACP asserting that black people can't reason? Are we incapable of examining evidence and coming to reasoned conclusions? And what impact will logging out have? Those same “users of colors” are disproportionately influenced by every other leftist technology and institution.

There has been a relentless targeting of black Americans, and the Russians aren't the ones at fault. The same political party that fought to defend slavery, that ushered in separate and unequal Jim Crow laws, that denied people of my complexion the right to vote with poll taxes, literacy tests and KKK terrorism is the same party that celebrates 247 black lives killed every day by Planned Parenthood. It's the same Party that contorts the character of “Uncle Tom” to wield as a weapon against conservative black individuals who don't toe the liberal line. It's the same Party screaming and pointing elsewhere at “undue” voter influence when they mostly run our public schools and universities immersing students in historical revisionism, perpetual racial division, faux “guilt” and victimhood every single day.

I'm against foreign sources influencing our elections. But I'm against any lie that miseducates and misshapes the way any of us sees the world around us.