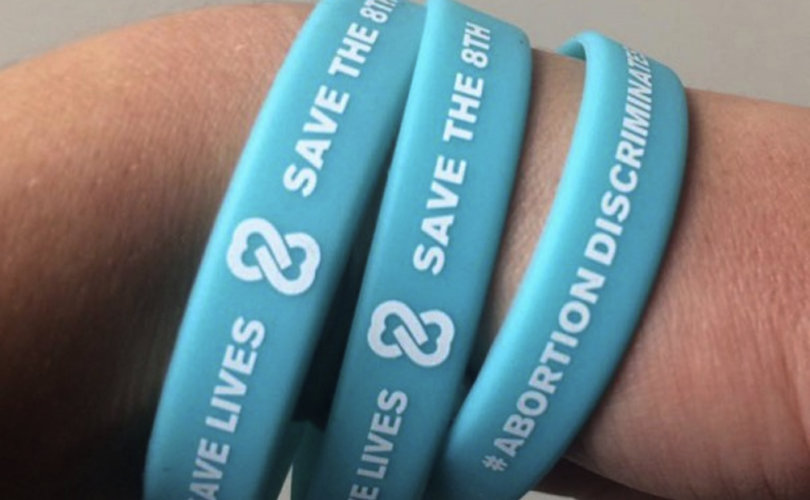 DUBLIN, Ireland, April 25, 2017 (Life Institute) — No one who has been following the charade that has been the Irish Citizens’ Assembly will be surprised that its members voted in favour of abortion on demand last weekend. This is a gathering which was sharply criticised for giving a platform to extremist abortion supporters, including an actual abortionist — Patricia Lohr from BPAS — who was brought over at taxpayers’ expense to advise the Assembly as an “impartial expert” in the debate on the 8th Amendment, Ireland’s constitutional protection of preborn children and their mothers.

The whole thing, as we have repeatedly said, has been a farce from the beginning. It was shocking, but not surprising, then to see the Assembly vote for the most extreme and cruel abortion model possible – abortion without any restrictions. In fact, the Assembly went so far as to vote in favour of legalising abortion on poverty grounds, which would make the abortion model they propose even more extreme than legislation in the UK, which has, as we all know, simply led to carnage.

However, we need to remember that, as with most political charades, the recommendations of the Assembly do not reflect public opinion, or the reality on the ground. In fact, the Assembly’s stance is seriously out of sync with public opinion, which, as polls have repeatedly shown, is not in favour of legalising abortion-on-demand.

Most recently, a succession of opinion polls have shown that support for “repeal of the 8th” – for abortion on demand – is actually falling in Ireland. Look at this table produced by Source Watch, for example, which shows support for a liberal abortion model falling to as low as 19 percent in the polls.

This fall in support for repeal of the pro-life constitutional amendment took place as the Life Canvass cranked into gear and began to reach Irish voters door-to-door and in the public square with meaningful, informed conversations about abortion. Popular campaigns like #RepealKills from Youth Defence also exposed the reality of what that glib phrase actually means – with their video exposing the reality of repeal being watched more than 500,000 times.

Abortion campaigners, for all their bluster, are panicking as the support for repeal begins to slip away. The so-called Citizens’ Assembly was designed to give the pretence of consultation and public discourse, but it has been a disaster since the beginning, and seems to me to be a last throw of the dice.

Assembly members had clearly been led to believe that they could take the right to life away from other human beings, mostly because preborn children are weak and defenceless and cannot not defend themselves from attack.

The unborn child was almost totally ignored in the Assembly’s discussion, but that is not happening in the real world, and the government cannot control the debate outside the Assembly.

In fact, pro-life activists have a much greater capacity to shape public debate especially when thousands of them are involved in the most important vehicle for social change in Ireland, the Life Canvass.

The Assembly has no real power at all, so despite all the hysterical headlines, its vote is really pretty meaningless, and even if the government agrees with its recommendations, the government must still put this matter to the Irish people in a referendum.

It is the people who will decide. And when you have the power to reach the people, to talk to the people, and to win the people’s hearts and minds, then that changes everything.

What we do in the next 12 months will decide whether abortion is legalised in Ireland or not.

By raising up enough activists to bring the truth and the facts to the doors and to the public square, we will win this referendum. The pro-abortion media elites, the millions of dollars coming in from abroad for abortion campaigners, the glib politicians: none of these are as powerful as one person talking to another, explaining why Ireland should continue to offer a better answer than abortion.

It’s game-on for an abortion referendum in Ireland. The lives of mothers and babies are at stake. The real citizens, not this farcical and dishonest Assembly, will rise up to save lives and save the 8th.