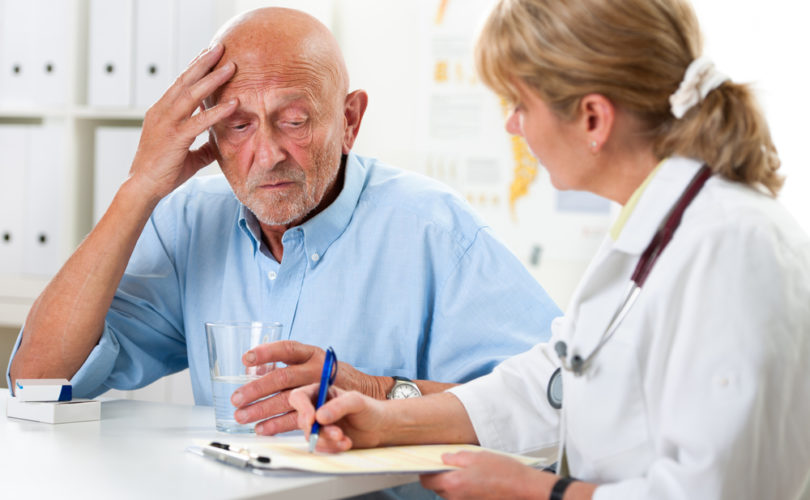 January 28, 2015 (NoEuthanasia.org.au) — An assisted suicide bill is slowly making its way through various committees of the Scottish parliament before ultimately being debated in Holyrood, the Scottish Parliament itself.

This bill is something of a ‘legacy bill’ following as it does the death last April of the former champion of this cause, Margo MacDonald MSP who had sponsored an earlier, failed attempt.

It is certainly worth a hat-tip to the Scots inasmuch as both MacDonald’s bill and this new bill by Green MSP Patrick Harvie take some radically different approaches to the issue, presumably to attempt to make these efforts more palatable than other failed initiatives. However, the same concerns arise as with all legislation on euthanasia or assisted suicide: vulnerable people are not protected; the legislation is unsafe and open to abuse.

I want to focus, however, on some of the rhetoric and suggestions from the UK pro-assisted suicide lobby on this bill that are as dangerous as they are facile and errant. Slogans and catch phrases are fine in so far as they highlight and encapsulate a policy position or campaign thrust, but when they attempt to lead the reader to a simplistic and patently false conclusion, they deserve scrutiny.

This from a submission to one of the inquiries conducted on the Scottish bill:

“A change in the law would allow honest conversations around dying to happen. Healthcare professionals could discuss options with patients who raise the question of assistance to die, exploring reasons for requesting assistance and what palliative and supportive options are available.”

Invoking the insertion of honesty as a consequence of the passage of this bill implies an extant lack of honesty on the part of medical professionals. I wonder just how many health professionals supporting people at the end-of-life or facing a difficult prognosis would consider themselves not to be frank and honest with their patients. This is simply a slur on the profession.

Moreover, it implies that patients cannot already discuss their concerns and even thoughts of suicide with their GP or medical specialist. As it stands, the prohibition on doctors being directly involved in killing a patient or providing them with the means to end their life actually encourages the exploration of other genuine alternatives and also allows the health professional to work with the person to alleviate their anxieties and even depression as part of the ongoing treatment. Open the door to assisted suicide and these genuine choices may not be fully explored. So much for choice.

In short, a good medical specialist will deal with suicidal thoughts in their patients in an honest and constructive manner. Honesty and good care are not dependent upon assisted suicide legislation.

By way of contrast, as this same submission points out, the Scottish bill requires that a patient formalize in writing intent to discuss assisted suicide with their doctor. How does that support this notion of an honest engagement? It essentially puts the doctor on notice that his patient wants to commit suicide and therefore insinuates suicide as the central point of the ensuing conversation. In response the same submission raises this concern:

“We feel that this pre-registration system is an unnecessary step which could hinder situations where an individual wants to discuss assistance, but hasn’t filled in the necessary forms (especially in the case of an individual with a short prognosis of, for example, 6 weeks).”

Quite so, but all of this puts unnecessary constraints on both the doctor and the patient at a time when honest and open discussions are essential. But who initiates the conversation?

The submission points to Oregon, as they are wont to do, as a good example. In Oregon it is illegal, so they say, for a doctor to raise the issue of assisted suicide; the initiative must come from the patient themselves. This is understandable at one level; we wouldn’t want doctors encouraging people down that pathway. But in terms of honesty and good medical practice, this is a sham.

If, as is the case in Oregon, assisted suicide is available, a medical professional is duty bound to raise suicide as an option when explaining to a patient the possible progress of their condition and other genuine treatments. Providing as much information as possible and as requested to a patient supports patient autonomy and decision making based upon full information. There’s no way of getting around this whilst at the same time invoking ‘honesty’ as an abiding necessity.

It is here that the doctor’s own preferences might in fact sway a patient towards suicide. A slight nuance in tone or choice of words, a gentle, ‘If it were me…’. Who really knows.

Capacity to make a decision to request assisted suicide is a hurdle that simply cannot be dealt with by ‘black-letter’ law. In Margo MacDonald’s bill, again according to the submission in question, capacity – the ability to make a rational decision absent depression or anxiety and without external pressure – is assessed at the time of the initial request.

Problems abound: this is the point at which the person first discusses suicide with the doctor; it may well be at the time of receiving the prognosis. A time, one can easily imagine, of confusion, or at the very least, a time where the person had not the space to carefully consider the alternatives, setting then on a trajectory towards suicide.

The submission poses a different model; an on-the-spot capacity assessment:

“At the time that the doctor or other suitably qualified professional brings the lethal medication to the patient, he or she should be able to satisfy him or herself that at that moment the patient has capacity to make the decision to end his or her life.” They say, ‘A simpler way of ensuring capacity at the point of medication’.

So, a time and place has been agreed when the doctor will deliver the lethal dose to the patient. Perhaps the family have gathered knowing what is about to take place. At the very least, the patient will be anticipating the moment. How is this a good time to assess capacity? The build up to this moment alone would impel the patient not to back out. Pressure, implied or real, from family members through all sorts of emotions and expectations cannot be easily assessed. A ‘simpler way’? Perhaps. Certainly any possibility of gainsaying an assessment of capacity would soon disappear with the suicide.

As one might expect, the submission by the pro-assisted suicide lobby is supportive of the Scottish initiative. No surprises there. Nor is it at all surprising that they disagree on some key elements of the proposed model. This disagreement occurs time and time again between pro-assisted suicide organisations – they each ‘draw the line’ differently. This fact alone should raise a caution.

If a bill requires ‘safeguards’ then there’s something inherently ‘unsafe’ about the proposal. If the ‘safeguards’ are (as they always are) unable to guarantee safety, what is the state doing in legislating for a known risk when this known risk is a risk of loss of life? If those proposing legislative change cannot agree on where the line should be drawn, why are we even considering giving them the pencil?

The Scottish Bill is expected to be brought back to parliament shortly and is widely tipped to fail at the next hurdle.