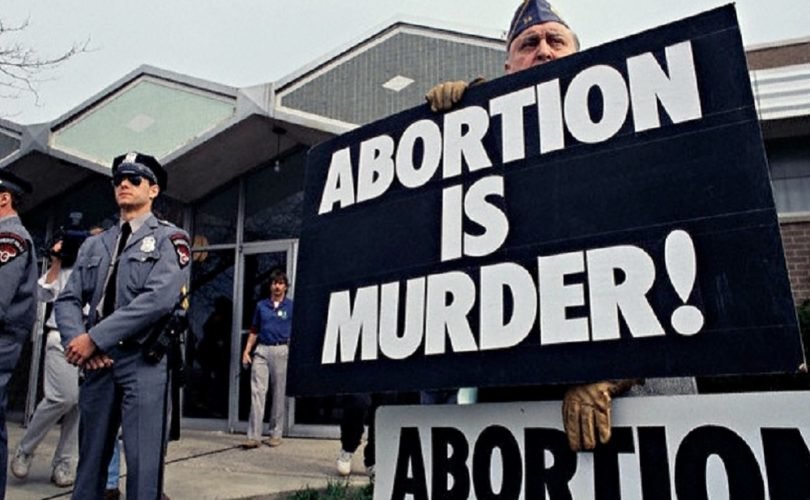 October 21, 2019 (Personhood Alliance) — Now that the celebrations surrounding the latest Guttmacher abortion report have settled down, it's time to look past the rhetoric on both sides and uncover what's really going on. May this discovery be a wake-up call for you and me to begin to proactively address the realities on the ground.

By now, almost every pro-life organization in America has weighed in on the Guttmacher Institute's latest Abortion Incidence and Service Availability Report, which examined abortion trends and rates from 2014 to 2017. The report indicated that 862,320 pre-born children were killed by elective abortion in 2017, a 7% drop from 2014. The abortion rate declined by 8% over the same period, to 13.5 abortions per 1,000 women aged 15–44. This rate is the lowest recorded since abortion legalization was mandated by the U.S. Supreme Court in 1973.

Pro-life organizations pointed to abortion restrictions and the public's increasing rejection of abortion as the key drivers for these declines, while pro-abortion organizations lauded increased use of birth control as a major factor. But do the data back up these claims on either side? Let's look beyond the headlines and consider the questions every pro-lifer should ask about this report:

It's time to dig in.

The effect of abortion restrictions

In their 2017 report, Guttmacher Institute researchers make two bold claims about the decline in the abortion rate:

Researchers made these same claims about abortion restrictions in their 2011 and 2014 reports, even though a record number of state-level restrictions were put in place after Republicans' midterm sweep in 2010 (which would have had a direct impact on the time period measured in the 2014 report). Does this mean that all the tenuous work on abortion restrictions and regulations across the country, particularly within the last decade, have had no significant bearing on actually reducing abortion?

Let's look at the evidence.

Nearly every state had a lower abortion rate in 2017 than it had in 2011, regardless of whether abortion was restricted. Fifty-seven percent of the 2011–2017 decline in the number of abortions nationwide (so, two reports' worth) happened in the 18 states and the District of Columbia that did not adopt any new abortion restrictions. Some of these states, such as California and New York, even took major steps to increase abortion. Yet, their rates fell, too. What's more, several states with newly passed restrictions, like Mississippi, actually had abortion rate increases.

These data directly contradict entire campaigns that pro-abortion advocates have put in place like #StoptheBans and #StoptheSham to equate abortion restrictions with limited access to the abortion procedure. In other words, the “war on women's health,” is simply a political fundraiser.

So what about clinic closures? Those definitely reduce abortion, right?

The effect of clinic closures

While it's true that a shuttered clinic limits the ability to gain local, physical access to abortion, especially when multiple clinics close (like in Texas) or a state is left with a single facility (like in Kentucky or West Virginia), the data tell an interesting story.

It's important to call out that regulations specifically targeting abortion facilities and providers (known colloquially as TRAP laws) certainly had an impact on individual locations and produced slightly larger abortion rate reductions in some states. But Guttmacher researchers concluded that even those did not have any significant impact on the national decline.

The closure of any facility that kills pre-born children is definitely worthy of celebration, but we need to consider that, all across the country, Planned Parenthood continues to grab more and more of the abortion market share. In Minnesota, for example, abortion numbers have declined for 7 out of the last 10 years. But the percentage of Minnesota abortions performed at Planned Parenthood's mega-facility in St. Paul have drastically increased — from 35% in 2010 to a record 63% in 2018. We will likely see more of this as Planned Parenthood continues to edge out smaller, independent clinics throughout the US.

So if abortion restrictions and clinic closures can't account for these declines, what might be going on?

Other factors to consider

Here's where things can get a bit more speculative, so it's important to pull in other relevant data to try to draw reasonable conclusions. This requires us to ask some questions:

It's important to look beyond the self-labeling when it comes to Americans' viewpoints on abortion. Gallup polling helps us do that, but it uncovers a shocking reality:

In other words, moral relativism — not principles or consistent values — guides Americans' view of abortion. The chart below speaks for itself.

Earlier this year, virtually all conservative news outlets and all national pro-life organizations publicly celebrated the most recent Marist poll, which revealed that 75% of respondents want abortion limited to the first trimester; 6 in 10 agreed it should be restricted after 20 weeks, except for the widely misunderstood “life of the mother” caveat. Just in time for the Democrat primary debates in June, March for Life Action launched a six-figure advertising campaign to champion the poll, calling the results “the American consensus” on abortion.

Why in the world would we celebrate this?

Again, why would we celebrate that three-fourths of Americans want 88% of abortions to remain legal, especially when abortions are being increasingly concentrated in the first trimester?

Where are we headed?

First trimester abortions will continue to increase for several reasons. And all of these reasons actually are a direct response to abortion restrictions and the threat of a “post-Roe” America where states get their own say on when it's okay to kill children in the womb:

So what is the national pro-life movement doing politically to address these trends?

Unfortunately, the answer is nothing at all.

The following chart is a sobering reminder of what Republican politicians and many national pro-life leaders continue to focus on, while also actively working against practical, principled efforts to end all abortions.

After almost 50 years of abortion on demand, shouldn't we be further along?

It's time to seriously reconsider our pro-life strategies and honestly examine the efficacy of the national pro-life movement.

The personhood movement is calling the grassroots forward to restore the fundamental principles at the foundation of the pro-life movement, to take action at the local and state levels to protect all human beings equally, without exception, and to engage churches and communities in the real, sacrificial work of changing hearts and minds, one person at a time.

To join this rapidly growing movement of practical, biblical pro-life activism and outreach, use our interactive map to find your Personhood Alliance state affiliate or learn how to start one.

Sarah Quale is president of Personhood Alliance Education, the educational arm of the Personhood Alliance, and the author of the Foundations online pro-life curriculum. She is a member of the International Christian Visual Media Association and Christian Women in Media and is the founder of Educe® online learning.