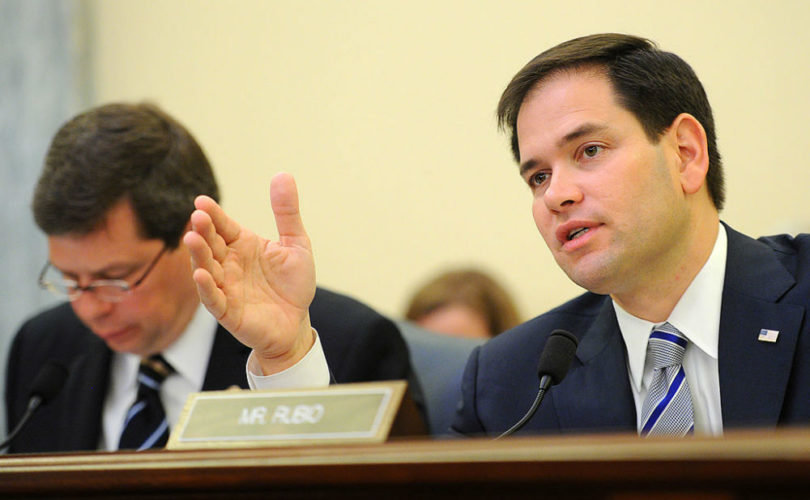 June 14, 2017 (LifeIssues) — A battle is brewing in the U.S. Senate over funding of Planned Parenthood.

This is the opportunity for pro-life Republican leadership to deliver on past promises to protect unborn babies and women.

We need all hands on deck, and here are a few specific things you can do to help.

The Senate is considering whether or not to fund Planned Parenthood with your tax dollars in the reconciliation bill. This legislation requires only a majority vote because it’s not subject to a Senate filibuster, but a reconciliation bill limits the Senate’s actions to measures related to the budget.

The legislation passed in the House of Representatives stops for one year Medicaid reimbursement to Planned Parenthood, which accounts for about 85 percent of their tax funding of $555-million dollars.

Withholding Medicaid reimbursement for 12 months will make a significant difference to the future of this abortion giant. Their infrastructure would immediately begin to deteriorate. Bills wouldn’t be paid and payroll could not be met. Employees would quickly find other jobs and clients would find alternate sources for non-abortion-related services.

Planned Parenthood affiliates that have relied on mortgages to spend millions for mega-abortion facilities or other improvements would be in a terrible financial bind.

When an organization relies so heavily on tax funding and its source of income has been largely “terminated,” (pun intended) the downward spiral would be steep.

Dawn Laguens, Planned Parenthood Executive Vice President, is trying to frighten women with a Chicken Little impersonation, “People will lose access and women will die.” What she isn’t telling the media is that women are already dying at the hands of Planned Parenthood abortion facilities.

Scores more women are being injured and maimed, some paying with their fertility because they had abortions or other surgical procedures at Planned Parenthood. Here’s a small sample.

As of October 2016, Planned Parenthood’s flagship abortion facility in St. Louis had made 61 calls for ambulances since 2009. In spite of this high rate of injuries to women, their CEO Mary Kogut stated that the facility has an “excellent safety record.”

These documented deaths and injuries are merely the tip of the iceberg. Undoubtedly there are many more that have gone unnoticed or unreported.

A much, much higher number of women have paid a heavy price for their abortions, which have shattered their emotional peace and wellbeing. The Internet is teeming with women who deeply regret their abortions and are speaking out.

Planned Parenthood claims that their non-abortion related services are irreplaceable. Laguens declares, “There are not enough places for women to go to get this care.”

She is lying and she knows it.

There are over 13,000 women healthcare centers that provide low-cost services — the ratio is 20 to one — and they far exceed the services Planned Parenthood offers. This quality, affordable healthcare is only a click away. Life Issues Institute is a proud cosponsor of www.GetYourCare.org where women can easily find the center nearest them.

You and I must do everything we can to get our senators to support the reconciliation bill. I am encouraged by what Sen. John Cornyn, the number two Republican in the Senate, said, “We have a strong pro-life majority in the Senate, and so it’s (defunding of Planned Parenthood) going to be in there.

However, pro-life Sen. Marco Rubio’s comments greatly concern me. “…my focus right now is on the broader health care marketplace, getting it fixed. Whether I condition my vote on it (Planned Parenthood funding) is not something I’m prepared to say.”

We must persuade senators that defending the lives of millions of innocent preborn children is paramount to other issues.

If pro-life senators fail to act on our highest legislative priority, they will impose a self-inflicted wound on the prospects of their re-election and maintaining a majority in the House and Senate.

Contact your senators. Regardless of where they stand on funding Planned Parenthood, they need to hear from you. We’ve made it easy for you to help defend the babies.

During the election, pro-life politicians said: “Elect us and we’ll be there for the babies!” We’ve elected them, now it’s their turn to act.

Make sure they do.