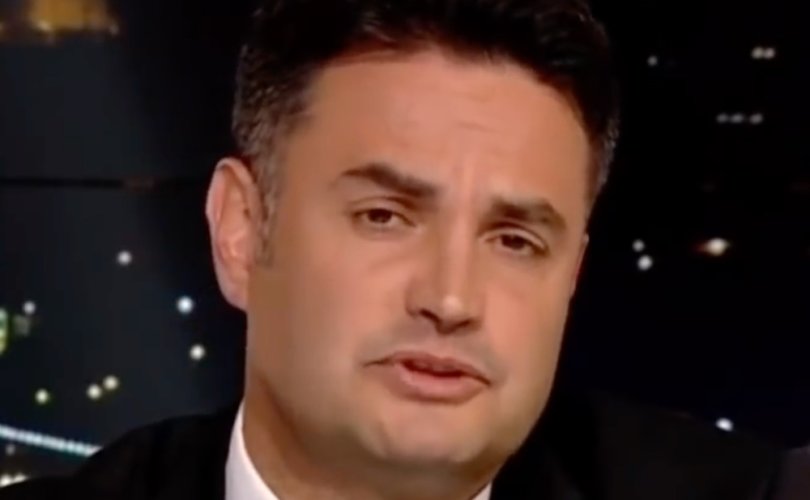 BUDAPEST, Hungary (LifeSiteNews) — In a major upset, Péter Márki-Zay (MARK-ehz-eye), an independent and a small-town mayor, has won a primary election of all the opposition leaders in Hun   gary, thus becoming the de facto opposition candidate for prime minister in April’s federal election.

Indeed, regarding these issues, Márki-Zay made this statement to the press: “I am a believer in a secular state where everyone has the same rights.”  Of course, he did not mean the rights of preborn babies—or the right of a child to have a mother and a father.

Again like Biden, Márki-Zay, who lived in the U.S. for a few years, is an Obama and Clinton supporter. Having attended Obama campaign rallies, and even gotten a baseball hat signed by Hillary, Márki-Zay apparently sees the Democratic Party’s pro-abortion, pro-LGBT, pro-immigration platform as one to emulate.

So, it is little wonder that he is leading a left-wing, liberal, pro-LGBT, pro-abortion coalition to challenge Viktor Orbán during the next election.

But now many observers, in Hungary and abroad, are calling out Márki-Zay’s hypocrisy in claiming to be a “Catholic conservative” while he leads a leftist, liberal coalition into the next election.

During a recent primary debate with the leading leftist candidate, Klara Dobrev, Márki-Zay told Dobrev’s voters what they wanted to hear, promising a government with a leftist, Green, and liberal platform. Moreover, he also stated that “there is no question of a conservative government being formed in Hungary” under his leadership.

At the same time and paradoxically, Márki-Zay is also trying hard to project an image of himself as a Catholic, conservative, centrist politician to persuade moderate swing-voters, and even some conservatives, to “fight corruption” and change the current government.

But actions speak louder than words.

In 2019, Márki-Zay went to the U.S. to negotiate at the State Department and lobby with Democrats and Soros-supported NGOs like the German Marshall Fund and the Helsinki Committee, asking them to help Orbán opponents in Hungary. He admitted to successfully lobbying for the restart of “Radio Free Europe,” which formerly gave a voice to the oppressed during communism but recently has been turned into a leftist loudspeaker, attacking Orbán’s government in Hungary with American money.

In all of this, Márki-Zay appears to be both an activist for the leftist, globalist coalition in Hungary and abroad, as well as someone who can be easily influenced and controlled.

And, from all appearances, Márki-Zay’s political claims of being a conservative and a devout Catholic are disingenuous and hypocritical at best and deceitful at worst.

Most of the parties with whom Márki-Zay is in coalition support homosexual “marriage,” LGBT indoctrination of children, and abortion. Some of them even attack the seal of the confessional, and openly want to take away support from the Church.

Therefore, it was laughable to hear Márki-Zay, who supports homosexual “marriage,” tell CNN in a recent interview, that “[t]here is nothing Christian about Orbán…”.

The reality demonstrates the exact opposite, as Viktor Orbán’s government coalition is famous for its support of Christian culture and the church.

Under Viktor Orbán’s leadership, Hungary has become renowned for its pro-family policies, offering practical help (material, financial, and more) to assist families grow and thrive. And, to underline this practical support of families, this government took the step of defining marriage as a union between one man and one woman in the country’s Constitution.

Not only that, but Hungary is also leading the West in its fight to protect children against LGBT propaganda and indoctrination. Right now, the European Union is attacking Hungary for its stand against gender ideology and LGBT radicalism, and Hungary risks losing EU funds because of its solid stand for normality.

On top of that, not content with their support of Christian culture at home, the Hungarian government is also helping persecuted Christians around the world with a dedicated government department (the only one of its kind) to look after these affairs.

So, when legal-abortion-and-LGBT-supporting Márki-Zay points his finger at others for not being Christian, one must see this for what it is: a hypocritical statement by a man who is ready to sell out his own Christianity for a taste of power.

But in the end, it’s mathematics that counts. Should Márki-Zay and his fellow leftists win the election, his taste of real power will be small and insignificant.

Indeed, since he, himself, has no party behind him, all of Márki-Zay’s decisions as prime minister would be directed by the leaders of the various leftist parties with whom he is in coalition, as well as whatever international interests contribute to his campaign.

The spring election will decide if national interests or the globalist interests will lead the country. On the one hand, Viktor Orbán’s Fidesz and their coalition partner, the Christian Democratic People’s Party (KDNP), firmly support Christian values, conservatism, and the interest of the sovereign nation state.

On the other hand, there is a coalition of ex-communist, ex-far-right-currently-leftist, globalist, and other new leftist parties which would like to follow the globalist West on every issue.

At very minimum, Péter Márki-Zay should stop equivocating and be honest enough to clearly declare that as prime minister he will be forced to do the bidding of the leftist parties in his coalition because he, himself, would be powerless to do otherwise.

As the Petitions Director for a publication which actually cares about the natural family and genuine Christian morality, I encourage Péter Márki-Zay not to become just another tool of the Left, used to promote their harmful ideology in Hungary and around the world.