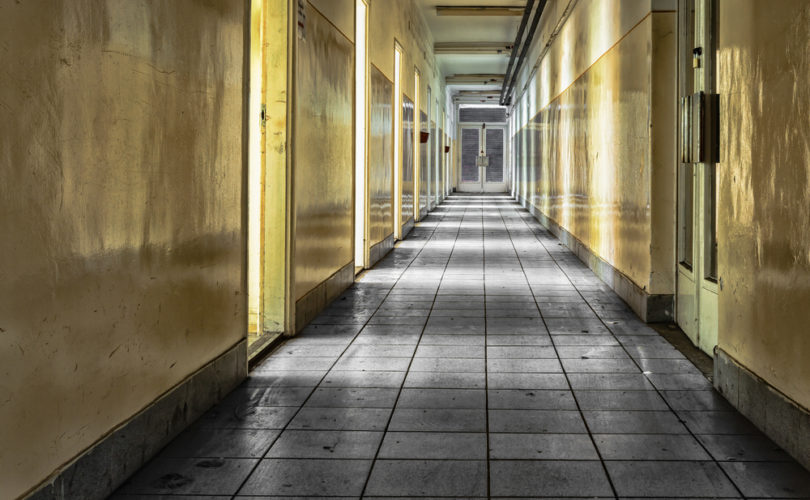 After the macabre findings from notorious abortionist Kermit Gosnell’s Philadelphia charnel house were made public in 2011, lawmakers in Pennsylvania enacted legislation that ensures, among other things, that state inspectors will regularly visit abortion facilities in the state.

Recently the results of inspections [PDF] conducted recently at the Philadelphia Women’s Clinic (PWC) abortion facility were released — and, like so many other abortion clinic inspections, they really throw a spanner in the works of the “pro-choice” movement’s claims that heightened oversight of abortion clinics is “onerous” and “unnecessary.”

On October 9, 2013, state officials investigated a complaint [PDF] regarding informed consent. By law a physician in Pennsylvania is required to verbally explain to the woman the abortion procedure, alternatives, risks, and answer any questions she might have 24 hours before the procedure.

This allows her to get real information that should be accurate and describes the procedure that that specific physician intends to perform on her. The alternative is that consent is obtained by a clinic “counselor” which, in many cases is merely a salesperson.

Such was the case at PWC.

In order to give the appearance of complying with the law, PWC used photocopied signatures of the physician on the consent forms — and state inspectors caught them.

On January 30, 2014, PWC passed its annual registration inspection, but did not pass its full State Licensure survey. Narcotics were being stored with other medications, not under double lock and key as is required by law. Aside from being improperly stored, narcotics and other medications were expired, yet still available for patient use.

Is that what any patient would like to stare at after an operation?

Then on February 4, 2014 there was a complication, which was investigated as part of a special monitoring survey [PDF] on February 20. Apparently a women hemorrhaged so severely that she had to be transferred to the hospital.

When this occurs, the abortion facility is supposed to write up a summary of her care and the medications she has been given. In this case, there was a discrepancy between the nursing notes, physician’s notes, and the patient transfer report regarding the amount and route of Misoprostol given to the woman. Regardless of which (if any) of the notations was actually correct, she received an unusually large amount of this powerful drug to attempt to stop the bleeding.

In addition to nursing inspections, state officials also conducted building inspections [PDF]. Because patients are unable to care for themselves due to sedatives given for surgery, it is — obviously — very important that the building be prepared for emergencies, like fire. Philadelphia Women’s Clinic was not.

Testing of the fire alarm system on October 22, 2013 and again on November 11, 2013 revealed several components were broken or missing. When the building inspectors arrived on January 14, 2014 there was no documentation that any of them had been fixed.

The state issued a citation and PWC employees said they would be taken care of by March 30, 2014. When state officials returned on April 15, 2014, there was still no documentation that the fire alarm system had been fixed.

Any facility that has inadequate fire protection and uses IV sedation endangers the lives of women should an emergency arise. Eight months is a long time to wait to make a repair.

Clearly, unannounced inspections of abortion clinics have proven to reveal the resentment of those who want to perform abortions without constraint.

They really don’t care if the fire sprinklers work.

They really don’t care to safeguard their narcotics.

They really don’t want to throw away expired medications.

These violations are hardly unique to Philadelphia Women’s Center. Problems like these have been observed in other abortion facilities multiple times in multiple states around the country.

Abortionists want to be treated as full members of the medical community. But they refuse to take up their responsibilities in patient care. Instead, they parrot the National Abortion Federation’s talking points, using words like “burdensome” and “unnecessary” to describe regulations like those in Pennsylvania that brought to light the violations at PWC, and they cheer when senators introduce legislation that would have prevented said regulations from ever being enacted in the first place.

And yet they still talk about the need to “keep” abortion “safe and legal.” Can we take them seriously?

You be the judge.