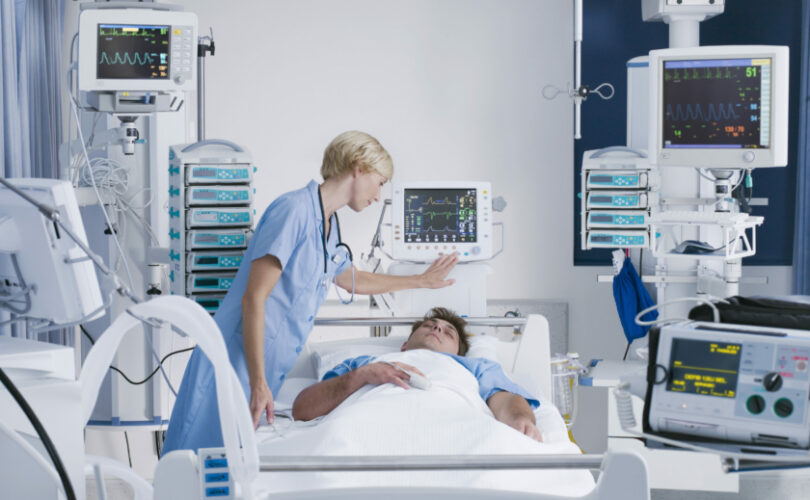 There have been several cases of people declared brain dead who were not brain dead.

I am concerned that the Uniform Law Commission, which writes model laws in the U.S., are debating amendments to the Uniform Determination of Death Act (UDDA) which will make it easier to declare someone brain dead. Sara Buscher, a lawyer and past-chair of Euthanasia Prevention Coalition USA, stated in a recent article:

The current uniform act has been adopted in some version by all 50 states says:

Reasons offered for seeking changes to the existing UDDA include:

A recent article by Dr Heidi Klessig that was published by the American Thinker stated:

‘In response to a number of recent lawsuits related to brain death determination,’ the American Academy of Neurology has proposed a revision to the UDDA, the RUDDA. The revisions to the UDDA are not inconsequential.

The first change would seek to replace the term irreversible in the standards with the term permanent. At first glance, this may not seem like much of a change, but the definitions make a difference. ‘Irreversible’ is commonly held to mean ‘not capable of being reversed.’ The term permanent is being offered as meaning that ‘no attempt will be made to reverse the situation.’ So, because doctors are not going to attempt to correct the patient’s problem, it now becomes ‘permanent.’

READ: Abortionist says killing over 400 people via euthanasia ‘the most rewarding work we’ve ever done’

By changing the term irreversible to permanent, people with treatable conditions will not be treated. Klessig continued:

The second change would narrow down the definition of brain death from ‘the entire brain’ to just selected functions of the brain stem that can easily be tested at the bedside. This change recognizes that current practice does not test all functions of the entire brain, since most people diagnosed as brain-dead still have a functioning hypothalamus, a part of the brain. Many also still have electrical activity on electroencephalogram (EEG), which is one of the reasons that EEG testing as a requirement for a brain death diagnosis was dropped in the 1970s.

The third change would standardize the brainstem testing protocol. The current UDDA states only that ‘[a] determination of death must be made in accordance with accepted medical standards.’ Since the standard isn’t defined, every medical center decides for itself which brainstem tests are performed. This has aided lawyers suing on behalf of patients declared as brain-dead by introducing doubt as to the validity of the brain death testing at one center compared to another.

The fourth change would eliminate the necessity for obtaining consent prior to testing for brain death. The apnea test for brain death disconnects patients from their ventilator for 6–8 minutes to see if they will breathe independently. This test has absolutely no value for the brain-injured patient and can only cause harm to a patient not yet declared brain-dead. When the ventilator is disconnected, rising levels of carbon dioxide in the blood cause intracranial pressure to rise, further damaging the brain. It is like making a heart attack patient with chest pain run on a treadmill. The test can only make the patient worse and only serves the interests of the transplant industry.

Under the current UDDA there have been cases of people who were declared brain dead who were not brain dead. For instance, a BBC news story published on April 25, 2022, told the story of Lewis Roberts.

At one point the family was told he had suffered a brain-stem death but hours before surgery to donate his organs, he began to breathe on his own.

His case has led to reviews in the way head injury patients are treated.

Jade Roberts, his sister, said: ‘They said that Lewis had passed away, his brain-stem was dead… and there was nothing more they could do.’

Because his family had agreed to donate his organs, his life support machine was kept on and he showed signs of life when he squeezed his sister’s hand…

According to a Daily Mail story that was written by Vanessa Chalmers and published on December 10, 2018, a baby who was declared brain dead and whose life support was removed survived. Chalmers stated:

A baby boy who was given no chance of survival after being declared brain dead miraculously survived after his life support was switched off.

Kaleb Crook, now 15 months old, astounded doctors when he continued to breathe on his own and squeezed his mother’s finger.

His parents, Becki and Phil Crook, had said their final goodbyes to their ten-day-old son, who was brain damaged due to oxygen deprivation.

The Daily Mail story focused on the fact that Kaleb was going to have his first Christmas at home at 15 months of age.

This is a life and death issue

The stakes are high. When a person is declared brain dead they are legally dead. The body is often kept alive for the purpose of organ donation but if the family does not consent to organ donation then life-sustaining treatment is ceased. Either way, a false diagnosis of brain death effectively means death.

The Uniform Determination of Death Act was established to determine when a person is brain dead. I am very concerned with the direction of the proposed amendments to the UDDA which will make it easier to determine brain death.

My primary concerns relate to changes in definitions that will lower the standard for determining brain death, the attempt to eliminate the influence of family or the power of attorney for health care from providing consent.

I recognize that almost everyone declared brain dead does not recover but there are factors that make this a reality. Since brain death determinations lead to organ donation or a withdrawal of life-sustaining measures, therefore a determination of brain death, when the person isn’t brain dead, will almost certainly result in death.