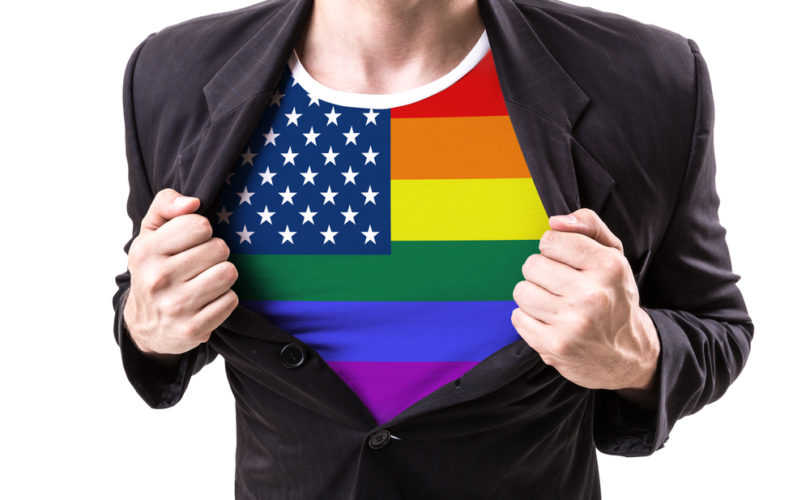 February 28, 2018 (American Thinker) – MassResistance is a grassroots network of pro-family activists.  We started in Massachusetts 25 years ago (as Parents' Rights Coalition), and now have chapters around the country.

We had a rewarding time last October at Family Research Council's Values Voter Summit, so we figured that the American Conservative Union's CPAC 2018 attendees would likewise appreciate receiving our information.

We applied for a booth, were vetted, and approved in late January.  Shortly thereafter, we were abruptly disinvited.  No convincing reason was given – just some vague statements about our “tone” not being respectful toward our political opponents.  You can read the details here.

CPAC's hypocrisy on “tone” is clear in light of its inclusion of the radical LGBT group Log Cabin Republicans for the third year in a row.  In 2016, Log Cabinites ran a full-page ad in USA Today coinciding with the Republican Convention, where they slammed the Party's platform committee as “LOSERS” and “MORONS” for defending real marriage.  And then there's CPAC's invitation to foul-mouthed “Dangerous Faggot” Milo Yiannopoulos, who was to be its 2017 keynote speaker – until a video emerged wherein he said good things about pederasty.

On top of all that, this year's CPAC auditioned four transgender activists who say they're Republicans.  As the next new thing, they got a lot of attention (though they were unofficial participants).  While it's likely that other groups wouldn't be allowed to stand for hours with signs in the convention center hallway, this group was not asked to leave.  Possibly, they would have been approved for an exhibit table if they'd just coughed up $2,000.

In addition to unfurling their rainbow Gadsden flag (“Don't Tread on Me”), they held little placards reading:

After a positive story in Newsweek and Slate's interview with the group's organizer, you can be pretty sure they'll be approved at CPAC next year.  The American Conservative Union can't appear to be on the wrong side of history.

Someone has to talk to conservatives, said their leader, Jennifer Williams, even though many in the LGBT community wouldn't like them being at CPAC.  Williams was giddy at the absence of social conservative groups, including the fact that MassResistance was banned.  “There's not even one workshop regarding traditional marriage.”

Log Cabin Republicans have been here for three years straight and they've been very controversial in the past.  One great thing CPAC did last year was banning Milo Yiannopoulos from coming to speak after everything happened to him, because he's one of the most anti-transgender conservatives out there, supposedly.  I don't believe he's a conservative.  And then this year they took away Mass Resistance being able to have a booth once they learned about their anti-LGBT views and particularly anti-transgender views, because right now there's a bill in Massachusetts to remove public accommodations.  So that growth has been amazing.  A lot of it is built by the younger generation, the millennials.

Williams says that most CPAC attendees have been accepting of her [sic] and her [sic] fellow activists' presence, with perhaps one out of 30 evincing a negative reaction, such as a thumbs-down gesture.  She [sic] believes that acceptance will only increase.  “I know,” she [sic] says, “we can change hearts and minds.”

One of the most conservative things you can actually do, if you think about it, is be transgender.  Because you're seizing your identity, you're seizing who you are, and saying to the world, “I'm living free as myself, I'm living authentically.”  I fully believe in limited government, but that limited government extends to not telling people who [sic] they should be married to, or who should they [sic] be.

Well, since it's just about “freedom” and limited government, CPAC will have to let them have a table next year!

Williams clearly wants to change Republican positions on transgenders in the military and on housing and employment discrimination legislation.  His question – “What are we gonna do for those three years [remaining in Trump's term]?  Wait for an impeachment?” – is a dead giveaway that he is an infiltrator.

It's telling that the college-age trans demonstrator in the group is a member of a relatively new nationwide (nominally conservative) campus group, Turning Point USA.  Their motto: “Big Government Sucks.”  (Nice tone!)  The organization bought its “Supporting Sponsor” ticket to CPAC 2018 for a mere $28,000.  The big funders like the libertarian approach.  “Transgender rights” will fit right in.

Turning Point USA's leader, Charlie Kirk, has said the “gay issue” is dead in the Republican Party and that it's time to move on to bigger things.  The group's focus is promoting free-market and limited government principles (i.e., libertarianism).  He says the group is also fighting the “culture war,” which he defines as promoting free speech and a “diversity of ideas.”  The one thing that holds Republicans together is “freedom, freedom, freedom,” he claims.  He welcomes the “sea change” in the party, which is increasingly open to drug legalization and the redefinition of marriage.  “Gay marriage…whatever!”  (Next year he might say, “Transgender…whatever!”)  He thinks government can protect social conservatives who have religious objections to LGBT demands without disturbing the attack against marriage or the anti-discrimination laws that lead to persecution.

Yes, we've apparently reached a turning point, where our social stability can go to Hell with the blessing with the increasingly libertarian CPAC.

Amy Contrada is the author of Mitt Romney's Deception (2011) and various MassResistance reports.  She has degrees from Tufts and Brown, plus a diploma in violin-making.  See AmyContrada.com for some of her openly attributed writing.