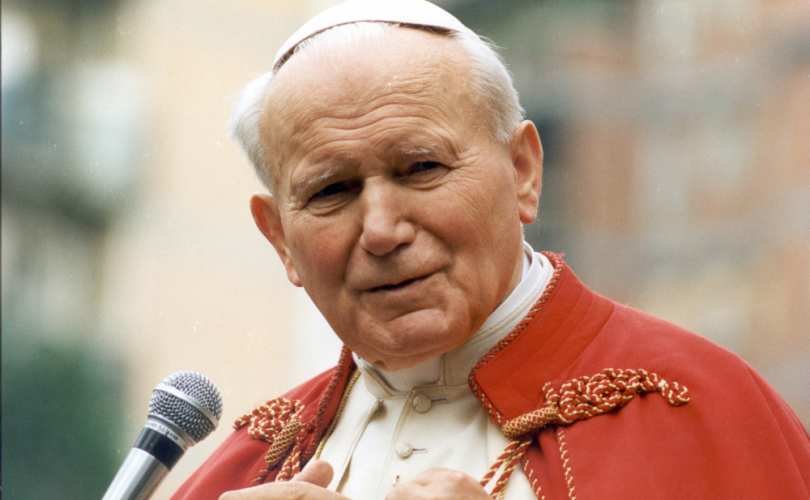 October 12, 2017 (LifeSiteNews) — The faithful of the Church are presently going through a most challenging and stressful time. The 2,000-year-old teachings of Jesus and his Church have been put at risk by statements in the eighth chapter of Amoris Laetitia and by Pope Francis’ failure to correct heretical positions taken against marriage, the Eucharist and sexual morality by members of the hierarchy and priests.

The recent response to this crisis in the Church as been influenced by the actions of St. Paul when he corrected St. Peter, the first pope chosen by Christ.

“But when Cephas was come to Antioch, I withstood him to the face, because he was to be blamed.” – Galatians 2:11.

Pope Francis has also been given a formal filial correction in which he is accused of propagating seven heresies concerning marriage, the moral life, and the reception of sacraments.

Amoris Laetitia has been widely criticized as being a danger to the Catholic faith. Pope Francis, whose main responsibility is defending and passing on the truths of the faith, has ignored requests for clarification of its most confusing and controversial sections by Cardinals.

In Amoris Laetitia, paragraph 303, Pope Francis has also been accused of effectively denying the existence of moral absolutes:

“Yet conscience can do more than recognize that a given situation does not correspond objectively to the overall demands of the Gospel. It can also recognize with sincerity and honesty what for now is the most generous response which can be given to God and come to see with a certain moral security that it is what God himself is asking amid the concrete complexity of one’s limits, while yet not fully the objective ideal.”

From a psychological perspective, Amoris Laetitia also poses a grave threat to the healthy and the stability of marriage, Catholic family life and children.  The reason is that chapter 8 supports and advocates the selfishness and narcissistic thinking which are the leading enemies of psychological health and therefore of stable and strong marriages.

We have worked with many previously healthy and happy Catholic marriages and families that have been undermined and destroyed under the influence of a spouse giving into the epidemic of narcissism.

Selfishness is also the foundation of situational ethics that would now appear to be emboldened by certain passages in Amoris Laetitia.

Narcissistic thinking has also severely harmed the priesthood over the past 50 years and played a major role in the crisis in the Church. No adult male would sexually molest an adolescent male, the primary victims in the crisis, unless he selfishly believed that he had the right to use others as sexual objects.

St. John Paul II wrote of the serious dangers of selfishness to marriage in Love and Responsibility:

“For love can survive only as a unity in which the mature “we” is manifested; it will not survive as an arrangement of two selfish people,” (Love & Responsibility, 2013, p. 71).

Serious concerns have increased markedly by the Holy Father’s actions in dissolving the founding principles of the John Paul II Institute for Studies on Marriage and Family and by changing its primary mission. Henceforth, the Institute will be primarily advancing the highly controversial the teachings found in Amoris Laetitia rather than implementing St. John Paul II’s brilliantly clear and unambiguous teaching on marriage, family, the human person and sexuality.

As a psychiatrist with expertise in treating marital and family conflicts over the past 40 years, I have witnessed the enormous benefits of the implementation of St. John Paul II’s groundbreaking and much needed writing and teaching. I have also taught about their role in understanding Catholic marriage and in strengthening marriages and families in numerous public appearances and as an adjunct professor at the JPII Institute in Washington, D.C.

This article identifies the vital psychological importance of St. John Paul II’s, Familiaris Consortio, the Magna Carta for Catholic families, contrasted with the serious threat that the eighth chapter in Amoris Laetitia poses to psychological health of Catholic marriages, families and the culture.  It recommends that the founding principles of the John Paul II Institute for Studies on Marriage and Family be retained and not replaced by the teaching of Amoris Letitia, in part, because of the confusion about marriage and Eucharist throughout the world created by the eighth chapter of AL.  Another serious reason for this recommendation is that AL totally omits pastoral concern for the millions of children affected yearly by divorce and irregular unions, such as cohabitation.

After the Synod on the Family in 1980, Pope John Paul II wrote Familiaris Consortio, which presents clearly and convincingly what is necessary for Catholic couples and families in the intense struggle to protect the spiritual and the psychological health in the Catholic home and in the culture.

Pope John Paul II then instituted the John Paul II Center for Studies on Marriage and Family in Rome in 1981. The stark reality is that on the day he was to establish this institute he was shot and miraculously escaped death. This event should not surprise us now, given the intense controversy and the confusion that has developed recently in the Church and the culture regarding the truth about marriage, family, sexuality and the Eucharist.

The recent dramatic move of Pope Francis to radically change this internationally respected institute to focus primarily on his confusing and psychologically dangerous document, Amoris Laetitia, has struck many Catholics as another assault upon St. John Paul II’s legacy for marriage and family life.

The official website of Germany’s Catholic bishops celebrated the Pope’s dissolution of the John Paul II Institute for Studies on Marriage and the Family, “a stronghold of resistance against Francis’ agenda of mercy,” and its replacement with a new “think tank for Amoris Laetitia.”

In fact, St. John Paul II’s writings offer an approach to the great mercy of the Lord because they present the truth to spouses, children and the culture about human sexuality, marriage, youth and family life.

The idea that robust doctrine had no fundamental importance to pastoral ministry was totally foreign to the Pope. On the contrary, he did not think that pastoral care was possible unless it “spoke the truth” of doctrine Eph 4;15.

Therefore, research into the foundation of marriage and the family, a return to the Beginning, was the task of the Institute. The two main characteristics of the Institute follow from this: a strong commitment in the field of anthropology, and Christocentric thought.

The Pope was profoundly convinced that the crisis of marriage and the family was basically an anthropological crisis: the human person had lost awareness of himself, of the truth of his being a person, so that he no longer understood the truth of marriage.

The fact that his (John Paul II’s) catechesis on human love were not taken as the basis for pastoral practice concerning marriage was a main reason for serious difficulties with the Synods of 2014 and 2015.

In contrast to the ambiguous and confusing elements in chapter 8 of Amoris Laetitia, St. John Paul II’s writing on marriage and the Eucharist in Familiaris Consortio, n. 84, is clear and loyal to the sacrament of marriage, children and the Eucharist.

The Church reaffirms her practice, which is based upon Sacred Scripture, of not admitting to Eucharistic Communion divorced persons who have remarried. They are unable to be admitted thereto from the fact that their state and condition of life objectively contradict that union of love between Christ and the Church, which is signified and affected by the Eucharist. Besides this, there is another special pastoral reason: If these people were admitted to the Eucharist, the faithful would be led into error and confusion regarding the Church's teaching about the indissolubility of marriage.

The psychological health of Catholic marriages and children is dependent upon a clear understanding of the nature of marriage and sexuality as described by St. John Paul II and the Catechism of the Catholic Church.   Couples need, more than ever, the knowledge contained in these resources that growth in virtues and in grace helps them uncover and resolve conflicts, protects their love and thereby saves their children from the plagues of selfishness and divorce.

At present, the eighth chapter of Amoris Laetitia is a confusing magisterial document, which is psychologically harmful and dangerous to Catholic marriages and families in my professional opinion.  It should not be the basis for the teaching of the John Paul II Institutes for Studies on Marriage and Family. In fact, Amoris Laetitia undermines St. John Paul II’s brilliant, much needed contributions for marriage and family in Familiaris Consortio and Theology of the Body.

Rick Fitzgibbons, M.D., is a psychiatrist who is the director of the Institute for Marital Healing outside Philadelphia.  He has served as s an adjunct professor at the Pontifical John Paul II Institute on Marriage and Family at Catholic University of America and as a consultant to the Congregation for the Clergy at the Vatican.  He has written about the origins and treatment of marital conflicts in two American Psychological Association books.