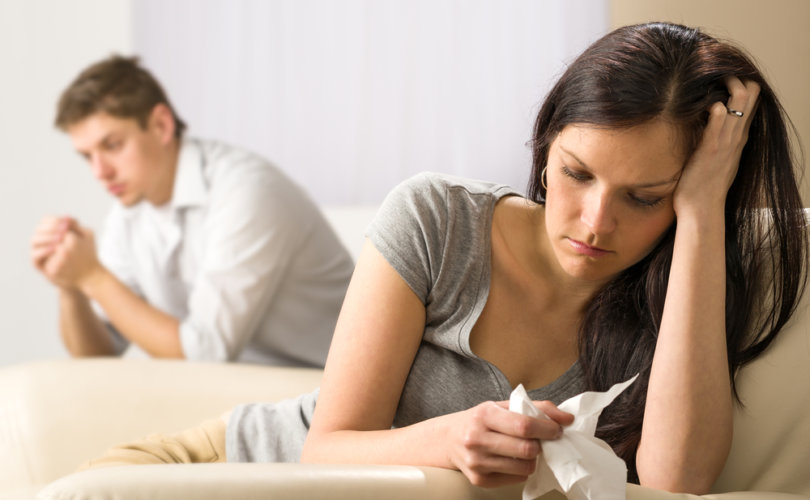 January 30, 2017 (LifeSiteNews) — Narcissism is a psychological disorder that has penetrated every corner of our media-dominated, materialistic and comfort seeking society. Although psychiatrists have long recognized it as a personality disorder, men of faith since the dawn of Christianity have understood severe selfishness as a malady that is deadly to the spiritual life and to relationships.

The expansion of narcissism is seen in the exaggeration of the importance of physical appearance, talent, wealth and fame.  Spiritually, it is the glorification of the self instead of the adoration of God.  St. Augustine wrote, “There can only be two basic loves… the love of God unto the forgetfulness of self, or the love of self unto the forgetfulness and denial of God.”

Narcissism proceeds from permissive parenting, modeling after selfish peers, pride, a sense of entitlement, distorted self-esteem; an inflated sense of self, the lack of Faith and a lack of humility. The narcissistic outlook uses moral relativism and situation ethics as its logical tools of persuasion, and reinforces the spirit of narcissism by starving the soul of grace from within while setting up psychological barriers around the heart to prevent further penetration of the good.

Despite the helpful advice contained in the other parts of Amoris Laetitia, the promulgation of chapter of 8 will undo all its good. AL8 may require Catholic clergy to begin to use situation ethics that prohibits the antidotes to selfish and grandiose thinking in marriage and in the Church. Catholic clergy in some dioceses are now expected to stand down, and accept with approval, in the name of accompaniment, the rejection of the Church’s teaching on sexual morality and the sacraments of marriage, the Eucharist and Reconciliation.

One of the major causes of marital conflicts and, subsequently family stress, is selfishness and its extreme manifestation, narcissism.  Spousal marital distress in both husbands and wives has been demonstrated in the mental health literature to be linked to narcissistic conflicts (Kilmann & Verdemia, 2013).  This personality conflict has been reported to have increased significantly in the culture over the past twenty years (Twenge & Whitaker, 2013.  Increases in narcissistic traits and cultural narcissism have been viewed as being associated with changes in the prevalence of the Narcissistic Personality Disorder (Paris, 2012).

In marital counseling this conflict is often identified as one of the leading reasons, if not the primary cause, of divorce.  This has been my professional experience in treating hundreds of couples over the past 40 years.

Intense selfishness turns spouses in upon themselves and interferes with the sacrificial self-giving that is essential for marital trust and love to flourish.  The selfish spouse can become so turned inward that in the words of Pope Benedict, he or she becomes a prisoner of the self.

The benefits of addressing narcissism have been recommended for couples (Paris,  2012) and its treatment has been described (Links & Stockwell, 2002; Solomon, 1998).  Kernberg has described the need to overcome narcissism to preserve love (1995).

Uncovering and treating the narcissistic anger that threatens marriages and families has been described in our American Psychological Association textbook, Forgiveness Therapy: An Empirical Guide for Resolving Anger and Restoring Hope (2014, p.211-214).

St. John Paul II, described by Pope Francis as the saint of the family, has written of its danger to marriage, the family and the culture:

He also wrote that regarding the health and future of marriages:

“For love can survive only as a unity in which the mature “we” is manifested; it will not survive as an arrangement of two selfish people,” (Love & Responsibility, 2013, p. 71).

On his first trip to the United States St. John Paul II stated in Washington, D.C:

“The great danger for family life, in the midst of any society whose idols are pleasure, comfort, and independence, lies in the fact that people close their hearts and become selfish” (Saint John Paul II, 1979).

The Psychological Harm caused by Selfishness

Selfishness seriously damages, and can even destroy marriages. Its harmful influence often spreads so quietly that couples do not recognize how it is wounding their ability to be sensitive, giving and loving toward one another.

Selfishness harms marriages in many ways including:

The profound writings of St. John Paul II on selfishness, marriage, family, youth, contraception, divorce, cohabitation, same sex unions and the Eucharist brought hope that a time of purification had come.  However, the new growth in the support of narcissistic attitudes and situational ethics concerning those in irregular, cohabiting and same sex unions is a major psychological and spiritual threat to Catholic marriage and family life.

Growth in Selfishness and the Contraceptive Mentality

In addition to the harm done to marriages, the growth of selfishness has severely harmed the priesthood and religious life, innocent spouses and 1,000,000 children in US who are traumatized yearly by divorce.(i)

Selfishness played not a minor role in almost 100,000 priests and Religious who abandoned their vows/commitments beginning in the 1970s (Mullan, 2001).[ii]  It strongly influenced the rebellion against the Church’s teaching in Humanae Vitae. Situational ethics with the primacy of the personal conscience replaced the teachings of Jesus Christ and his Church.

The staggering and shameful result was the crisis in the Church, characterized by the massive homosexual predation of adolescent males by Roman Catholic priests and religious.[iv]  No adult male would act against his own essential manly nature as a protector of youth unless he had given in to severe narcissism and the belief that he had the right to use others as sexual objects.

The sad reality in our experience is that the intensely selfish spouse often initiates divorce and is often granted an annulment without this severe character conflict being identified and challenged.

Many theologians and philosophers have written of the grave dangers of chapter eight of Amoris Laetitae to the 2,000 years old teachings of Jesus Christ and Church. In particular, it affects the sacraments of marriage, the Eucharist and reconciliation.  It confuses and misleads Catholic families and youth and those living in divorced, same sex and cohabiting unions.

From a psychological perspective, the gravest threat in Amoris Laetitiae to marriage, Catholic family life and children and the Sacraments and Catholic morality lies in the fact that this chapter supports and advocates the narcissistic thinking and selfishness that is the foundation of situational ethics.  This thinking has severely harmed Catholic marriages, youth and families over the past 50 years, as well as the Episcopacy and priesthood.  It would now appear to be emboldened by certain passages in Amoris Laetitia.

The primacy of the personal conscience over Church teaching is clearly manifested in the recent statement of the Maltese Bishops that Catholics who are living in an adulterous second marriage can engage in gravely sinful, publicly known behavior and not be denied Holy Communion if they “acknowledge and believe” that they are “at peace with God.”

From a psychological perspective, this thinking demonstrates grandiosity and intense narcissism in that the couple relies upon their feelings to make major moral decisions, rather than upon the truth given by the Lord and 2,000 years of teaching in the Church.

Narcissistic thinking is supported by Amoris Laetitia paragraph 301: “The Church possesses a solid body of reflection concerning mitigating factors and situations. Hence it can no longer simply be said that all those in any ‘irregular’ situation are living in a state of mortal sin and are deprived of sanctifying grace.”

Fr. Gerry Murray, a canon lawyer, has written commenting on the document by the Bishops of Malta, published in L’ Osservatore Romano, that “The Maltese Bishops’ document is undeniable evidence that in the absence of a papal reaffirmation of the Church’s constant discipline and teaching about marriage, divorce, adultery, and the reception of the sacraments the integrity of the Church’s teaching and mission will be undermined by her own confused shepherds.”[v]

The paragraphs in Amoris Laetitiae that support situational ethics and the narcissistic thinking that underlies it should be removed from the document.  The sacraments of marriage and Holy Orders, as well as millions of innocent youth, have been traumatized severely over the past 50 years by profound selfishness and its grandiose belief that one can become as God and make moral decisions independent of His Law.

The justification of narcissistic thinking and behaviors contained in certain passages of Amoris Laetitiae is a severe threat to the psychological health and stability of millions of Catholic marriages, loyal spouses, innocent youth and families, as it supports the underlying cause of Narcissistic Personality Disorder.

While some think it is compassionate to reach out to those in irregular “marriages,”,the recasting of the truth as ‘flexible’ can cause spouses in struggling marriages to give up the fight to restore their marriage; the writings of AL come across as an endorsement of the mentality to “give up” and even to “try again”.

The rejection of the profound teaching of St. John Paul II for the Catholic Family, which seems to appear in Amoris Laetitiae, needs to come to an end. Instead, this great saint’s writings on selfishness and on situational ethics in Veritatis Splendor should be fully embraced so that the much-needed purification of Catholic marriage and family life, the Episcopacy and priesthood can continue, rather than be undermined.

Richard Fitzgibbons, M.D., is the director of the Institute for Marital Healing outside Philadelphia.  He is a contributor to Torn Asunder: Children, the Myth of the Good Divorce, and the Recovery of Origins. Grand Rapids: Eerdmans Publishing, 2017 and co-author of Forgiveness Therapy: An Empirical Guide for Resolving Anger and Restoring Hope. American Psychological Association Books, 2014.

(i) McCarthy, M (Ed). (2107) Torn Asunder: Children, the Myth of the Good Divorce, and the Recovery of Origins. Grand Rapids: Eerdmans Publishing.