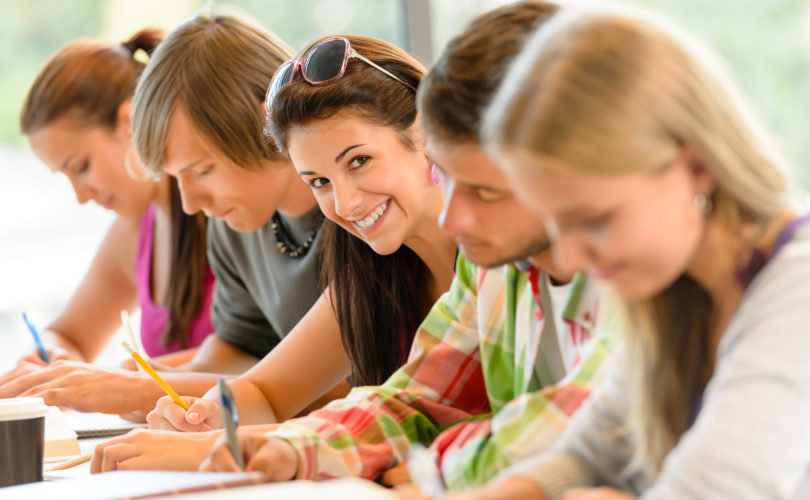 January 13, 2019 (American Thinker) — American public schools, by all the usual metrics, have steadily declined for a century. Was this inevitable? Or is there an evil plot aimed at our students?

The larger pattern is clear. Each year, traditional education has less influence on public schools. Meanwhile, the theories and methods generally called Progressive grow more dominant. Progressives insist that their ideas are superior. What we know for sure is that they are taking over, like killer bees flying up from Brazil.

The big question for all of these pretty phrases is elemental: does any of them work as promised? Or is each another attack wrapped as a gift?

Let's look quickly at some of the more harmful inventions:

Literacy: Children must learn to read with sight-words (even though this approach won't work except for children with photographic memories). Progressive instruction has created 50 million functional illiterates. That's our big national catastrophe.

Constructivism: Teachers are now called facilitators and can no longer teach. Children must create their own new knowledge. So we have millions of kids who know nothing about their own culture. Constructivism nullifies the whole purpose of schools.

Memorization: Often demonized and treated as irrelevant. But why? If you can't use your facts in conversation or debate, you don't really possess those facts. The bias against memorization makes education more difficult. (The most inane sophistry in our society is this: all the information you might want is on the internet, therefore you need not bother learning anything. That is just stupid.)

Spelling: There are no rules, according to “invented spelling.” And no grammar, either. Children don't need to be taught any of this dull stuff; they will absorb it from the air. Do even professors believe this claim? (Listen to people talking Japanese for a year; find out if you can read Japanese. Not likely.)

No cursive: Cursive is scorned, but it has many advantages. Children are forced to deal with individual letters, which accelerates reading. Furthermore, cursive is often a child's greatest and perhaps only contact with precision, design, and aesthetics. Cursive encourages practice and discipline, and is thus a good antidote to the general slackness found in K–12.

Student-centered classroom: Curiously, this phrase ends up describing a classroom that is teacher-centered, because the teacher's rules must always be followed — in particular, the injunction against traditional approaches. John Dewey makes lack of structure its own structure, its own prison. Kids need structure.

Permissiveness: Progressive thinkers like to eliminate rules and boundaries. A lot of children end up dazed and confused. If children want to eat candy and watch TV all day, should they be able to do it?

So yes, there was, and is, an evil plot aimed at our students. Progressive education turned out to be anti-education and anti-American. John Dewey and his followers were obsessed with social engineering. They wanted to make a new kind of child who would prefer a new kind of country, a socialist country. If kids have to be sacrificed in the process, apparently, that was okay.

Several problems present themselves in the case of John Dewey versus America. Dewey and his Progressives never asked permission for anything they did. They thought of themselves as change agents ordained by history. They went to work in the dark of night so that finally, nothing has been left unchanged.

Here are the typical results of all this change (read: subversion). Kids learn to be literate more slowly, if at all. Children no longer master the traditional math basics: adding, subtracting, multiplication, and division, never mind decimals and percentages. They don't learn what used to be common knowledge: oceans, continents, cities, famous people, and important events. Kids remain empty-headed.

John Dewey created what is almost an alternative universe. On his side, there are dishonest jargon, unproven claims, and poor results.

On the traditional side, there is a keen awareness of what should have been. But the historical reality is known. This reality is practiced in good schools around the world. We should join them.

Bruce Deitrick Price's new book is Saving K–12: What happened to our public schools? How do we fix them? (a good gift for smart friends). He deconstructs educational theories and methods at Improve-Education.org.