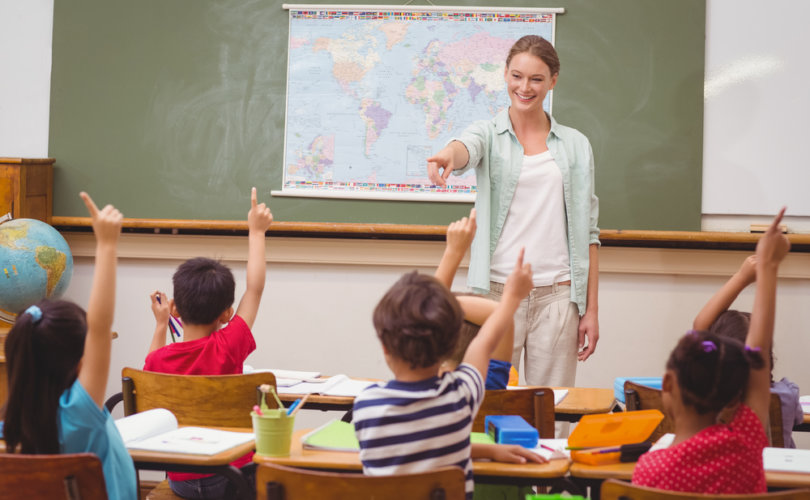 May 25, 2018 (American Thinker) – In his 1984 book about American education, Samuel Blumenfeld pointed out that “[n]othing has mystified Americans more than the massive decline of literacy in the United States. Children spend more time at school and the government spends more money on education than ever before. Yet, reading ability keeps declining. What has gone wrong?”

You have probably heard this lament. But here's where it becomes really alarming. Blumenfeld looked back seven decades to the year 1915. That's when the literacy figures for 1910 were published by the U.S. Bureau of Education and quoted in a weekly publication, School and Society, edited by James McCain Cattelll, one of the luminaries in the Progressive education movement. School and Society stated that:

Statistics compiled by the Bureau of Education for use at the Panama-Pacific Exposition, show that of children from 10 to 14 years of age there were in 1910 only 22 out of every 1,000 who could neither read nor write[.] … The following states report only one child in 1,000 between ages of 10 and 14 as illiterate: Connecticut, District of Columbia, Massachusetts, Minnesota, Montana, New Hampshire, North Dakota, Oregon, Utah, and Washington[.] … It is evident that the public schools will in a short time practically eliminate illiteracy.

According to the Bureau of Education, U.S. students were at least 99% literate a century ago. Blumenfeld concluded:

Admittedly, these were U.S. government figures presented to the world; maybe chauvinism was at play. But even if you tinker with the stats, the collapse is still catastrophic. The vast majority of children were reading and writing 100 years ago. Now, thanks to deliberate policies of our Education Establishment, we have two thirds testing below proficient.

To believe that such massive functional illiteracy is an unplanned phenomenon beyond the control of anyone is to believe that our educators with all their doctoral degrees literally don't know what they are doing. After all, teaching children to read is no big mystery. Teachers have been doing it for the last 3,000 years, and as the US government's own statistics show they were doing it well in 1910 and up to about the 1930s when the big switch took place in teaching methods.

That was when our Education Establishment (most probably, I would suggest, influenced by Comintern subversives) abolished phonics and made children memorize words by their shapes. This approach has been a disaster, yet the public has been persuaded to accept it until this day.

I and others write constantly against this development, with less than the hoped for effect. Our society, and especially the people at the top, seem all too comfortable with rampant illiteracy. How is that possible?

Ayn Rand perfectly captured the country's predicament in these few words: “[t]he hardest thing to explain is the glaringly evident which everybody has decided not to see.”

That's where we are. The glaringly evident escapes notice. Most Americans have been conned into not seeing that our Education Establishment (i.e., the professors in charge) must be the chief cause of illiteracy and other educational failure. Truthfully, nearly all of these pretend educators should be fired for demonstrated incompetence.

The power of our Education Establishment to maintain its destructive nonsense is frightening. These shifty people have put the leaders of the country in straitjackets, apparently. Even President Trump and Betsy DeVos cannot speak the obvious: children should learn to read in the first grade. Anything else is unacceptable.

If you hear about children bringing home lists of sight-words to memorize, start screaming. That's where illiteracy begins: sight-words. If literacy is the goal, children should memorize the letters of the alphabet and the sounds they represent.

Coda: The Samuel Blumenfeld book quoted several times in this article is NEA: Trojan Horse in American Education. This book is scholarly, relentless, and – for most readers – shocking. Published about 35 years ago, it argues that the National Education Association promotes everything bad in public education. It is the enemy within.