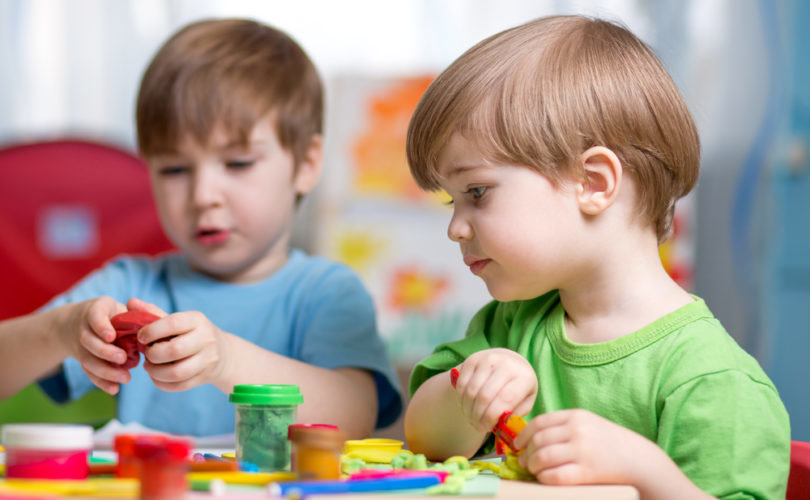 Here are the five need-to-know points about the new research:

Children in Quebec’s daycare program had “worse health, lower life satisfaction and higher crime rates later in life.”  The authors write: “The negative impact of the Quebec program on the non-cognitive outcomes of young children appears to persist and grow as they reach school ages.” (p. 21)

What do the researchers mean by “non-cognitive” outcomes? They mean behaviour. They measured things like aggression, hyperactivity and anxiety. This research result confirms an earlier longitudinal, peer-reviewed study.

Here, gender matters; boys and girls are affected differently. “We see much stronger impacts on hyperactivity and aggression for boys,” write the authors. It gets worse: “the estimates indicate larger absolute impacts on the crime rates for boys, particularly for other criminal code violations and drugs.”

For girls, the authors write, “the strongest effect is on prosocial behavior, which worsens by 22 percent of a standard deviation.” (p. 28)

Not only do negative behaviours increase, but self-reported measure of health and life satisfaction decrease in contrast with children who were not exposed to the program. The authors note that, “Overall, these results give strong indications of a worsening of both health and life satisfaction among those older youths exposed to the Quebec child care program.” (p. 24)

3. Academics do not improve

“Overall there is no strong evidence in these estimates that the Quebec Family Plan had a lasting impact on children’s cognitive development.” (p.23) Canadians have been led to believe that early learning boosts academics. However, wherever modest boosts are found, they fade. This remains true of full-day kindergarten programs as well.

Perry Preschool was a study done in the 1960s in the United States. It was a small scale, expensive and targeted program for disadvantaged children and their mothers. It showed benefits for those children as a result of intensive effort, including intervention with parents.

Universal programs do not have the same effect. By design, most of the children involved are not disadvantaged. There is no family intervention. Since cost is a barrier, quality is poor.

Back in 2010, the IMFC interviewed one of the Quebec daycare study authors, Kevin Milligan who emphasized this point, citing Nobel Prize winning economist James Heckman as well: “[Heckman] has written very clearly that the evidence is quite strong on [targeted] at-risk interventions….But he very, very, very clearly states that he is not in favour of universal programs.”

Another researcher, Dr. Jay Belsky, is quoted as saying: “the evidence that some interventions can work, in the long run, slid into statements that all interventions do work – and have no downside.”

From the study: “Broader child care expansions do not appear to provide short-term benefits, with mixed evidence on long-term effects.” (p. 8)

5. Attachment research is part of the reason why—but it is overlooked

Canadian researchers, Dr. Gabor Mate and Dr. Gordon Neufeld together wrote an important book. Hold on to your Kids: Why parents need to matter more than peers describes what good attachment between parents and children looks like. It also describes the attachment void children in North America experience today as a matter of routine.

Peer attachment, say Neufeld and Mate, is what happens when small children are placed in large groups with other small children. They begin to look to the other children as role models instead of looking to, or attaching to loving and mature adults. The results are, not surprisingly, not good. (For more on this, see our piece about attachment, daycare and what socialization means for small children.)

Attachment, according to Dr. Gordon Neufeld, comes down to “establishing strong, deep emotional connections with those who are raising you.” It’s a concept that unfolds organically over the first years of life. (You can learn more about attachment here, via video interview with Dr. Gordon Neufeld.)

One mother, Tanya Zaleski, who lives in Quebec on the outskirts of Montreal says this: “it's not rare that I come across women who long to stay home with their children against societal pressure. One woman in particular I know was desperate to stay home and had to face her entire clan of in-laws who could not understand why she wouldn't ‘pull her weight.’… Many parents leave their older child in daycare even when on maternity leave with a littler one. That's the norm here.”

Yet in spite of evolving attitudes, even in Quebec, 70 percent of parents believe the best place for a child under six is at home with a parent. Polls show parents don't want universal daycare programs.

This new research unfortunately shows that the Quebec experiment is not bearing fruit. Stay tuned for the next IMFC release when we consider the success of the Finnish model—which includes healthy financial allowances for parents who prefer not to use institutional daycare.

Reprinted with permission of Institute of Marriage and Family Canada.