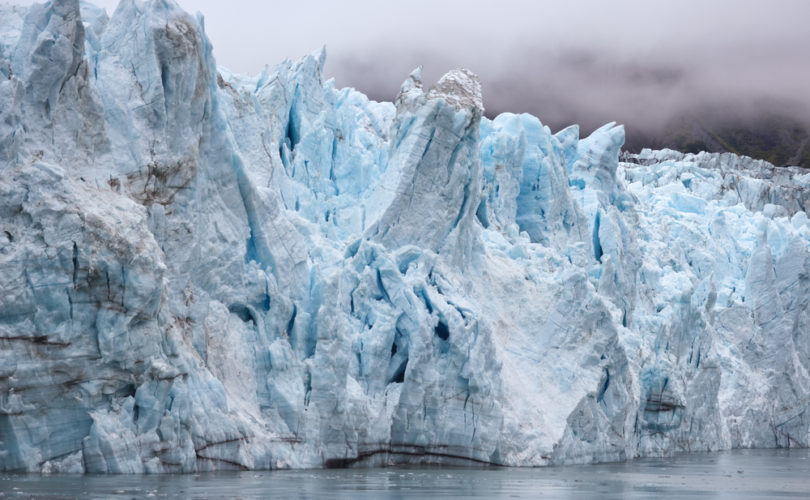 April 17, 2019 (American Thinker) — When pollsters realized that the public and elected officials weren't buying global warming as a concept or policy, in a brilliant political move, they came up with the phrase “climate change.”  This helped sell the theory of man-made global warming.  Weather is politicized, and computer models are only predictions that have been used as pawns in elections and justifying increased government budgets.  The global warming/climate change (GWCC) narrative has made Al Gore a rich man peddling unrealized fear.

In January 2012, sixteen eminent scientists published an article in the Wall Street Journal, titled, “No Need to Panic About Global Warming.”  If mankind is causing global warming, then how do you explain this?

Today's CO2 concentrations worldwide average about 380 parts per million. This level of CO2 concentration is trivial compared with the concentrations during earlier geologic periods. For example, 460 million years ago, during the Ordovician Period, CO2 concentrations were 4,400 ppm, and temperatures then were about the same as they are today. With such high levels of CO2 the Earth should have been boiling.

It seems more reasonable to be agnostic based upon this fact:

According to the Climate.gov website, the current global average temperature is roughly 'shy of 60 degrees Fahrenheit. About 55 million years ago – just after the age of the Dinosaurs – the era known as the Paleocene-Eocene Thermal Maximum (PETM) saw average global temps as high as 73 degrees Fahrenheit.

As humans showed up only about 100,000 years ago, how do you account for the PETM era?  Supposedly, 97% of scientists agree man is the cause of catastrophic GWCC, when in fact that statement is false.  Moreover:

A recent study reported in the peer-reviewed Organization Studies found that just 36 percent of earth scientists and engineers believe that humans are creating a climate change crisis. A majority of the 1,077 respondents in the survey believe that nature is the primary cause of recent GWCC.

What if you believe the 97% scientist debate?  Then why hasn't this information been widely reported?

The media ignore a petition on the Internet signed by more than 31,000 scientists, including 9,029 PhDs, 7,157 with a master's of science, and 12, 715 with a bachelor of science degree, all of whom dispute the global warming thesis.

The GWCC narrative also took a hit when a March 2019 NASA study found that the famous Jakobshavn glacier in Greenland was starting to grow again “after retreating about 1.8 miles and thinning nearly 130 feet annually since 2013” but is growing the past two years (2016–2018).  Past natural variability seems to be the cause instead of vetting the scientific consensus that “demands to prove that rising CO2 is causing an effect like melting Greenland ice.”

Are there other factors that determine Earth's heating and cooling other than CO2?  According to Professor A. Balasubramanian from the Center for Advanced Studies in Earth Sciences, University of Mysore:

The climate of a region (or whole earth) is determined by radiation energy of the sun, and its distribution and temporal fluctuations.  The long-term state of the atmosphere is a function of variety of interacting elements.  They are: Solar radiation, Air masses, Pressure systems (cyclone belts), Ocean Currents, Topography.

CO2 is a factor that influences regional and global temperatures, and there are considerable questions about the role it plays in recent warming trends in the 20th and 21st centuries.  Climate scientist Vijay Jayaraj cites these weather facts to make the case that the Earth is actually in danger of global cooling:

MIT atmospheric physicist Richard Lindzen, one of the world's leading climatologists, also believes that CO2 is not the main factor in GWCC, figuring that GWCC is a dicey proposition.  He questions whether the Earth is warming, cooling, or somewhere in between — in other words, Dr. Lindzen is a skeptic because he doesn't know if CO2 is the main driver of weather.  Climate scientists acknowledge that life on Earth happens because of the Earth's positioning in the solar system to the sun and “that the sun is the biggest influencer and driver of global temperature.”

NASA's original homepage accepted “the sun's impact on our climate system.”  But NASA succumbed to the GWCC madness and took it down for public consumption.  Freedom of speech and scientific debate have been squelched.  CO2 is now the leader in the GWCC debate sweepstakes and political discussion while avoiding how the sun affects weather and global temperature.  This is a huge mistake for these reasons:

Central Europe, for example, temperature changes since 1990 coincided more with the changes in solar activity than with atmospheric CO2 concentration.  The same has been true globally, and across centuries.  The Maunder Minimum (1645–1715) and Dalton Minimum (1790–1830) — periods of low solar activity — were responsible for the coldest periods of the Little Ice Age.  Likewise increased solar activity in the Roman Warm Period (~250 B.C. to A.D. 400) and Medieval Warm Period (~A.D. 950–1250) brought warmer temperatures on Earth.  Hundreds of peer-reviewed scientific papers affirm the overwhelming impact of solar activity on Earth's temperature.

The question should be asked: are we looking at the wrong phenomenon, and should we be debating global cooling?  A number of climate scientists believe that “another major cooling” is likely to happen in this century.  Despicably and treacherously, GWCC has overtaken all rational discussions about all forms of energy, electricity, and the weather.  If you question GWCC, you are a “climate denier,” or worse, you're viciously attacked without fully vetting the issue of whether or not man is causing anthropogenic GWCC.