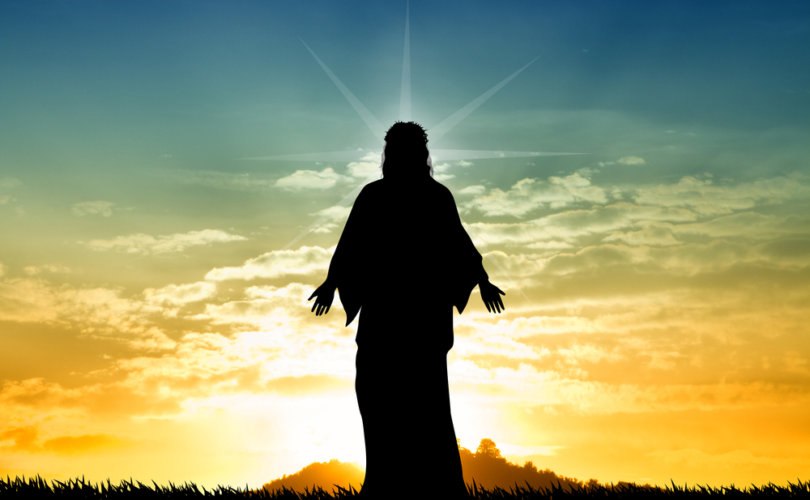 April 3, 2017 (BreakPoint) — Insurance company Geico has done a lot of funny commercials, but our editor at BreakPoint has a favorite. A group of teenagers are running through a dark forest being chased by a killer. After debating whether to hide in the basement, the attic or make a quick getaway in the nearby running car, they decide to hide behind dozens of chainsaws dangling from a barn door.

Every year around March and December, this and other news outlets exhume the long-dead thesis that the New Testament is based on a mythological figure, not a Man who really lived, died, and rose from the grave two-thousand years ago. This year, CNN even republished an article from 2012 at CNN.com. In the piece, entitled, “Decoding Jesus: Separating Man from Myth,” John Blake suggests that Christ’s historical existence is an open question. CNN featured it at the top of their homepage as part of the push for their new series, “Finding Jesus: Faith, Fact, Forgery.”

Blake quotes the likes of Timothy Freke, author of “Jesus Mysteries” and former Baptist pastor Robert Price, author of “Deconstructing Jesus,” who both claim that the Gospels are forgeries or misunderstood allegories, and that the story of Jesus was copied from legends about pagan deities.

“In the age of the Internet and self-publishing,” writes Blake, “these arguments have gained enough traction that some of the world’s leading New Testament scholars feel compelled to publicly take them on.”

Now let me be clear: This is the very definition of fake news: No credible historian believes Jesus is a myth. Even among skeptics of religion, that theory has been abandoned. None other than Bart Ehrman, the agnostic biblical scholar and fierce critic of the New Testament, calls Jesus-deniers Internet conspiracy theorists trying to sell books, and compares them to Holocaust-deniers.

Dominic Crossan, another scholar who would never pass for an evangelical apologist, says he’s “certain” that Christ existed, and chalks up alternative theories to disdain for the Prince of Peace. Keep in mind, neither Ehrman or Crosson would affirm anything historically Christian, such as that Jesus was not just a man but God—that He performed miracles, died for the sins of the world, and rose from the dead for our justification. But if anything, this fact makes their agreement on His existence even more powerful, not less.

On this issue, they represent the broad consensus among scholars that Christianity began with the life and death of a real and extraordinary Man. Of course, we Christians don’t believe that’s all there was to it. But when our neighbors tell us over the backyard fence that they’ve watched a documentary or read an article claiming Jesus is a myth, we have to be able to respond gently but confidently.

Even ancient writers hostile to Christianity like Josephus, Tacitus, and Pliny the Younger, confirm the existence of a Man from Nazareth who preached throughout Galilee and Judea, ran afoul of the authorities, was crucified under Pontius Pilate, and sparked what would eventually become the world’s largest religion.

And let’s not forget the New Testament itself, manuscript fragments of which date to the early second century. Ravi Zacharias, who’s speaking at our Wilberforce Weekend in May, points out that the evidence for the life and words of Jesus is stronger than the evidence for Plato. Classicist Michael Grant sums it up best when he writes that “we can no more reject Jesus’ existence than we can reject the existence of a mass of pagan personages whose reality as historical figures is never questioned.”

Look, though many scholars who affirm Jesus’ existence still reject the supernatural claims that make Him worthy of our worship, one thing is certain: Headlines do not equal history. And serious media should stop giving air-time and credibility to Jesus-deniers.