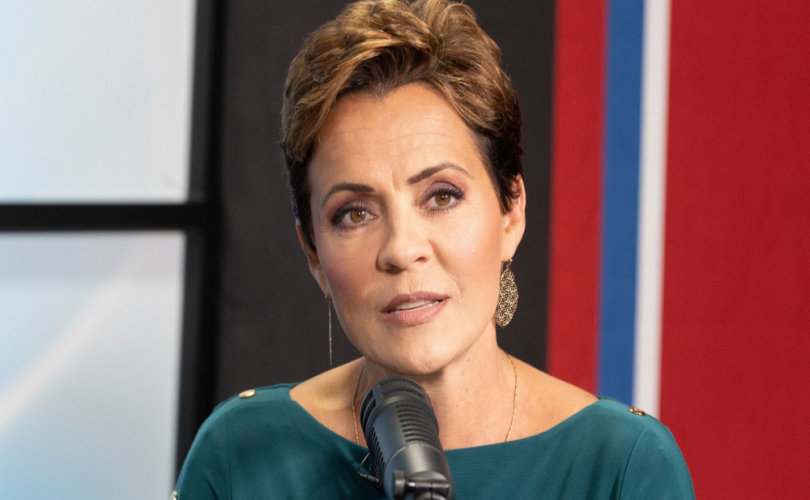 (WND News Center) — Even as media outlets are saying that Democrat Katie Hobbs has defeated Republican Kari Lake in the race to be governor of Arizona, there remain questions.

Which may not be answered any time soon.

After all, it’s been two years since Joe Biden was put in the White House, and voters didn’t know at the time, but do now, that at least two outside influences likely took the victory away from Trump.

One was that Mark Zuckerberg handed out more than $400 million, through foundations, to local elections officials who often used the money to recruit Democrat voters.

Second was the FBI’s decision to interfere in the election by telling social media companies to suppress negative information about the Biden family’s income, millions of dollars, from questionable sources in Russia and China.

The FBI claimed it was “Russian disinformation,” but knew at the time it wasn’t, that it was accurate reporting.

A commentary at the Conservative Treehouse noted Hobbs had been declared the winner.

“I’m not going to try and impart some great wisdom over this, I am likely more disappointed than most, other than to point out the brutally and painfully obvious. Any electioneering process that takes six days to determine the winner and permits weeks of ballot collection within the construct, is no longer an election based on votes,” the commentary said.

“I’m not sure what to call these multi-week ballot collection contests, but they do not resemble any election that I can reference in any other western nation. Kari Lake was clearly the superior candidate, and Katie Hobbs is genuinely – no snark – a doofus. However, in this new ballot collection electioneering process, you can make the argument that candidate quality is essentially irrelevant.”

HeadlineUSA reported former President Donald Trump, targeted by the FBI’s scheming during 2020, said, “Wow! They just took the election away from Kari Lake. “It’s really bad out there!”

That report noted, “It took less than a week for either egregiously incompetent or blatantly corrupt officials in Maricopa County, Arizona, to once again make a mockery of election integrity, as Democrat governor candidate Katie Hobbs, the incumbent secretary of state, appeared anxious Monday to certify a contentious election that she allegedly won over Republican challenger Kari Lake.”

Hobbs had been asked to recuse, since she was a candidate on the ballot, and at the same time in the position of supervising the election.

In the latter counts of ballots, Lake had been gaining on Hobbs’ tiny lead.

There still could remain arguments over a recount, and of course the many anomalous election system incidents that developed in the state.

That report explained, “Lake, who ran an aggressive pro-liberty campaign that frequently clashed with mainstream media, didn’t appear ready to concede an election that was plagued by malfunctioning tabulators, long lines that likely disenfranchised thousand[s] of MAGA voters and suspect mail-in and other late-arriving ballots that favored Hobbs. Lake’s campaign called for anyone who thought they were denied their voting rights to step forward and be counted.”

“Arizonans know BS when they see it,” she said.

And according to Citizen Free Press, there already were appearing claims of misbehavior in the Arizona count: